Once completed the new transformers will increase the transmission voltage from 15kV to 400kV. Also known as the Stiegler Gorge Dam and the Rufiji Hydroelectric Power Project, the project is planned to eventually have an installed capacity 2,115MW and produce 5,9GWh of power a year. Read more

Resident Engineer John Mageni, from the Tanroads Engineering Consultation Unit, recently visited the project site with civil servants from Tanzania’s State House and the Ministry of Public Service Management and Good Governance to check on the project’s progress. 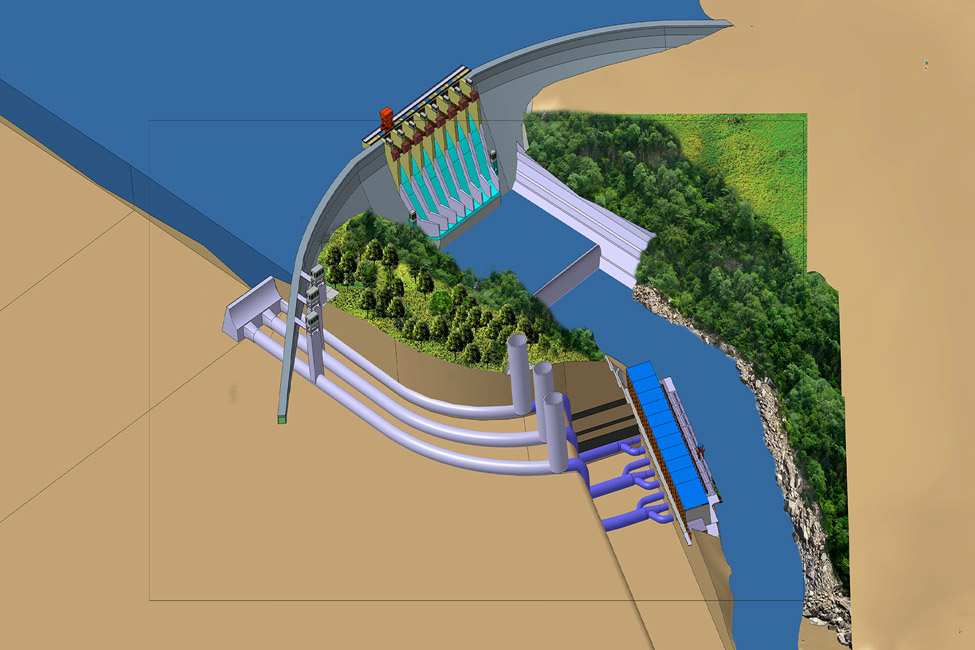 The Dongfang Electric Corporation (China) is making and installing nine turbine sets which will each have a 235MW capacity. “The work of making and installing these electromechanical equipment, which include hydro-turbines, generations, excitation systems and main inlet valves has started and is continuing well,” said Mageni. Six sets of the electromechanical equipment have arrived on site, of which two are already installed.

“So far, construction work is going well and the government has already paid contractors have paid TZS2,7 trillion out of TZS6,5 trillion,” said Mwinuku. He added that supervisory and consultancy work through TANESCO and Tanzania National Roads Agency (Tanroads) should be completed on schedule by June 2022.