You are at:Home»Headline News»Tanzania: Construction of 2115MW Julius Nyerere Hydro-Power Project on Track

Kambanga explained that the excavation of the Water Ways which will direct water to the powerhouse is an important stage in the project execution after the diversion of water from its ordinary route. He affirmed that the excavation works are set to be completed by December this year, stressing that there are no foreseen setbacks to hinder the process.

Kambanga also added that the construction of the Power House will be finalized around the same time that the tunneling works will be completed making way for the other stage of the project which is pouring concrete in both areas. This stage is expected to start in January 2021. Implementation of the entire project on track. 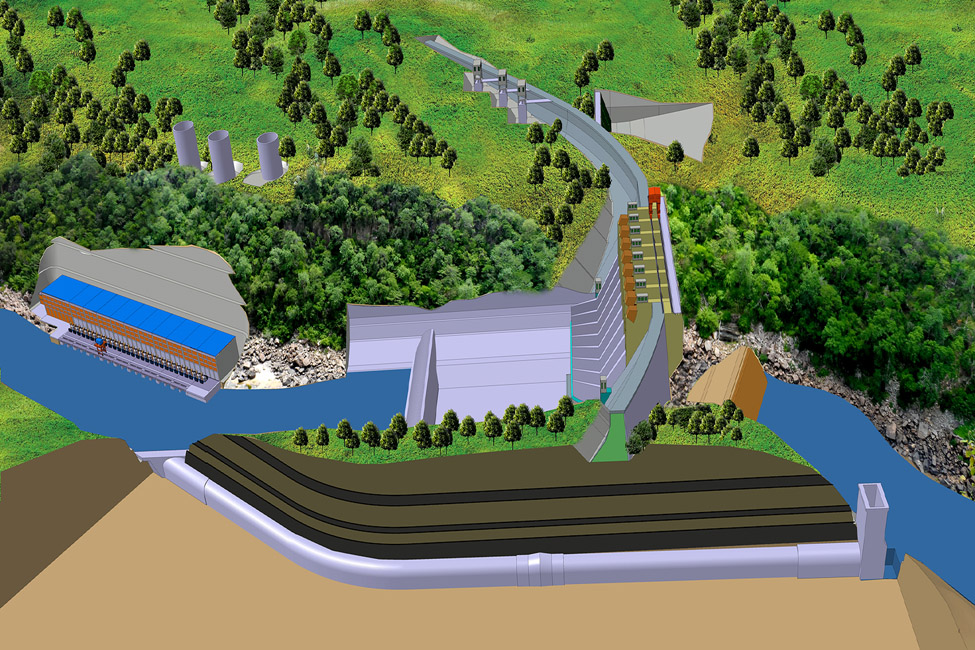 Eng. Said Kambanga confirmed that everything with regard to the implementation of the entire flagship project was going on as planned. He said that together with his fellow patriotic experts, have been working day and night to ensure the East African Country’s goals of possessing a state of the art hydropower production facility in the continent and the first of its kind in Sub-Saharan Africa is realized within the stipulated time.

Project Details and Scope of Works

Project Objectives:
Generating electricity with capacity of 2115MW to satisfy energy needs in Tanzania Control water flow in the period of flooding and thus providing the necessary water requirement

Scope of Work:
-Main dam for storage of water to generate hydropower using RCC concrete for main dam with total length 1025m at crest level and 130m dam level
-Construction of 4 saddle dams for reservoir impounding of water with length of 1.4km, 7.9km, 4.6km and 2.6km with a maximum height 21.3m, 14m, 12.4m and 5.5m respectively, with a capacity to impound approximately 33 billion m3 of water
-Construction of a hydropower plant with a capacity of 2115mw and a substation of 400kv; in addition to 400kv transmission lines to the nearest point of the public network The civil works includes the following:
-Permanent access roads connecting the site with the existing roads network and length about 21km
-Temporary access roads that connect all permanent facilities with length of 59km
-Main dam of RCC on Rufiji River Power plant with administration building, control building, workshops and stores
-Connecting power station 400kv including transmission lines 4 variable height and length dams for water impounding of reservoir Diversion tunnel 660m length (15*17m) and 2 cofferdams
-The main spillway is located on the center of the main dam with 7 radial gates and an emergency spillway is located in the first saddle -Permanent concrete bridge on Rufiji River
-Integrated residential complex on an area of 19000m including housing and playground, permanent furnished offices; in addition to temporary residential complex, utilities, lighting, drinking water and water treatment

Upon completion, with a total electricity generation capacity of 2,115 megawatts, the project is expected to cut power tariffs which will lead to the reduction of the cost of living for Tanzanians as well as the production cost in industries.