You are at:Home»LED Street Lighting

Street lighting is the single largest source of carbon emissions from local government, typically accounting for 30–60% of their total emissions. Accelerating the uptake of LED street lights by the public sector with ‘smart controls’ not only improves road safety and security but also but also significantly reduces a cities energy bill plus carbon emissions. 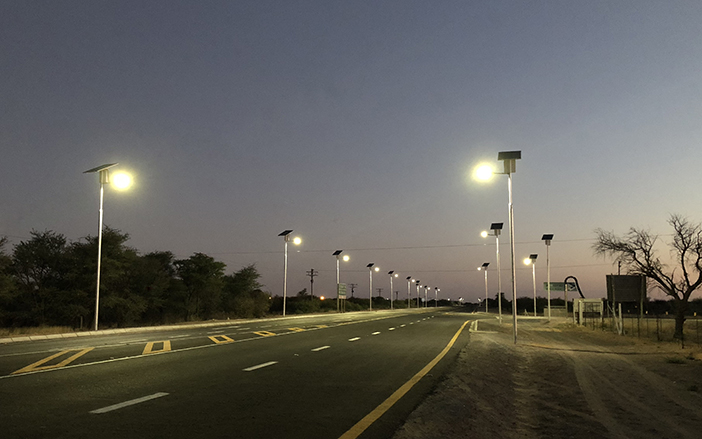 While it is up to the Department of Public Works, regional government and local city councils to adopt a roadmap to modernising street lighting with LED technology, responsibility also lies with the private sector. Security estates are in abundance in South Africa plus the rest of Africa. Led street lights tick all the boxes when it comes to energy savings, maintenance and replacement costs.

You can save up to 70% of energy use deploying LED Street lights (with smart controls) compared to conventional street lighting technology (compact fluorescent and incandescent technology).

LED Street lighting lasts much longer (3 to 5 years) than conventional compact fluorescent and incandescent lighting bulb technology. The average useful lifetime is up to 100 000 hours, at a lumen depreciation of not more than 30%

Combine with smart technology, LED street lights can be optimised to performed at peak efficiency through intelligent real time management.