You are at:Home»Headline News»Siemens Gamesa to Pilot Green Hydrogen from Wind Power

“Green hydrogen has the potential to be a game changer in the quest to decarbonize the power supply and solve the climate crisis. Our wind turbines are already making a huge contribution to this effort by providing clean electricity to the grid but, with the storage potential of hydrogen, we can start addressing other key industries. This is an exciting project and I’m proud that the ingenuity and commitment of our people is enabling Siemens Gamesa to take the lead. This is the future,” said Andreas Nauen, Siemens Gamesa CEO.

Green hydrogen from renewable sources is a 100% sustainable, storable, transportable and versatile fuel. It represents a massive opportunity for the green transition by driving the transformation of the energy system: green hydrogen can be produced anywhere and used in sectors that are very difficult to decarbonize, such as aviation and shipping, as well as heavy industry, such as iron and steel, chemicals and glass. Hydrogen can go a long way to reducing emissions at a national and company level. 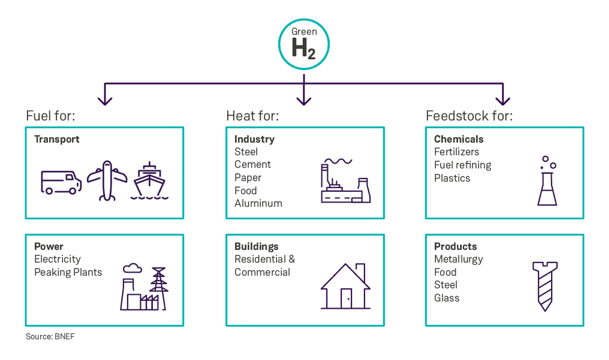 Hydrogen is already used to power industry today, and currently accounts for 1.7% of global annual energy consumption. Just 1% of that hydrogen is generated from green energy sources. The bulk is obtained from natural gas and coal, emitting 830 million tons of CO2 per year, more than the entire nation of Germany or the global shipping industry. Replacing this current polluting consumption would require 820 GW of wind generating capacity, 26% more than the current global installed wind capacity. Long-term forecasts from various industry sources point to hydrogen growing exponentially over the coming decades as transport and heavy industry decarbonize, requiring between 1,000 GW and 4,000 GW of renewable capacity by 2050 to meet demand, which highlights the vast potential for growth in wind power. 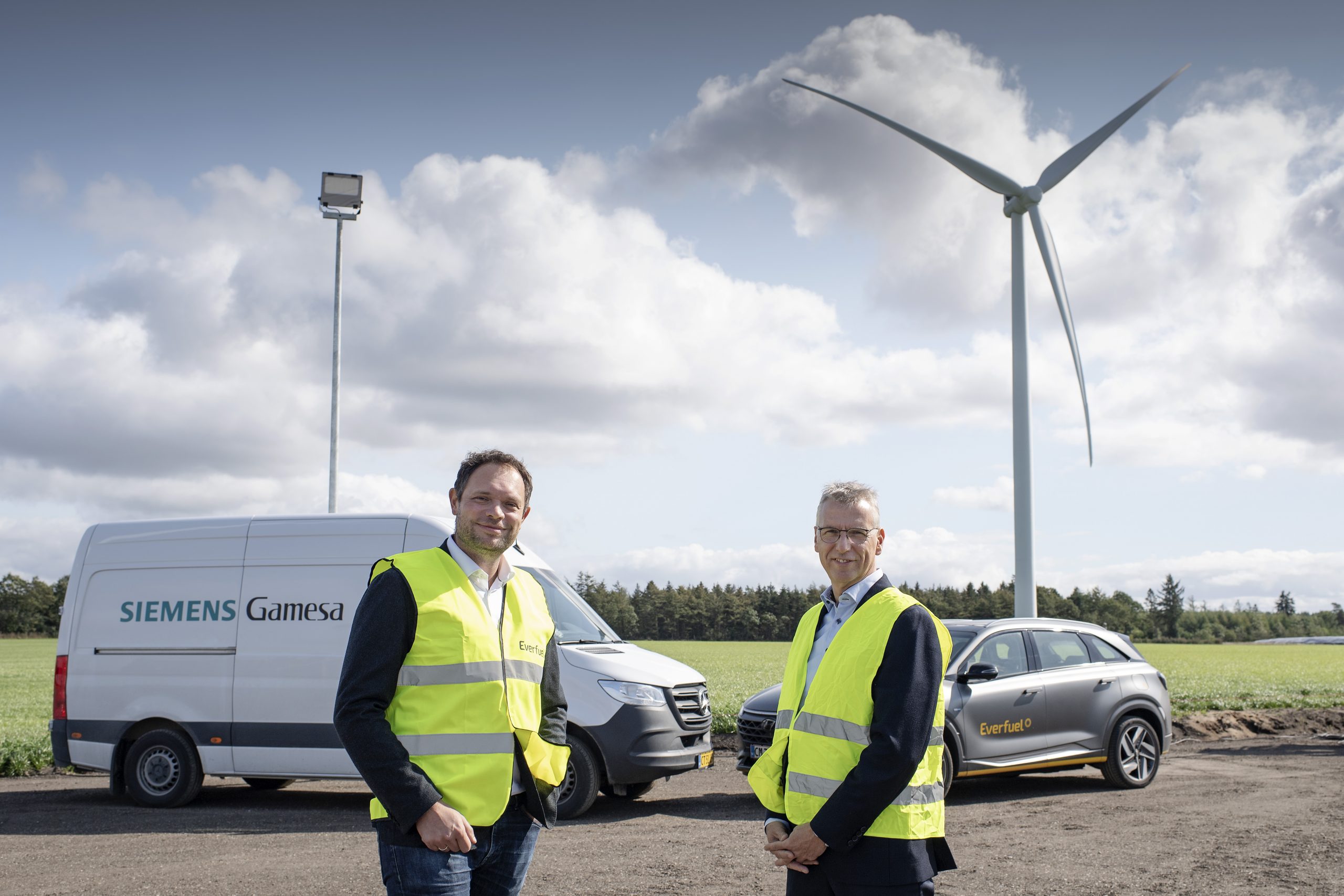 Siemens Gamesa is at the forefront of solving the technological challenges and delivering solutions that will enable the deployment of carbon-neutral fuels powered by renewables, proving the feasibility of reliable, effective implementation of wind turbines in systems for producing hydrogen from renewable energy.

Siemens Gamesa is developing the first pilot project in the world to connect a wind turbine to an electrolyzer with the ability to operate in “island mode”, i.e. driving an electrolysis rig with no link to an electricity grid. With the Brande Hydrogen project, Siemens Gamesa is pioneering a major potential future application for both Onshore and Offshore wind.

The pilot is now under development close to Siemens Gamesa’s Danish headquarters in Brande, western Denmark. It includes a 3 MW Siemens Gamesa wind turbine owned by local partner Uhre Windpower, that will produce clean electricity to power a 400 kW electrolyzer. This machine splits water into oxygen and hydrogen, so that the hydrogen can be stored and later delivered to customers in the mobility sector. The project is close to obtaining final permits; the first test runs are planned for December 2020 and hydrogen production should start by January 2021.

Siemens Gamesa recently signed an agreement with Danish company Everfuel, which will distribute the 100% green hydrogen produced by the facility to refueling stations across Denmark, for example in Copenhagen, where it will be used to fuel taxis. When fully operational, the project’s single turbine will produce enough hydrogen to fuel around 50-70 taxis each day. Carbon-free hydrogen, derived from low-cost, competitive wind power, can be stored and transported for use on demand. This facility will provide insights that will be crucial to scaling up the technology to much larger turbines and wind farms both on land and at sea.

PreviousChina’s Ambitious 2060 Carbon Neutrality Goal Could Spur USD 6.4 Trillion Investment in Solar and Wind
Next Eskom can no longer be allowed to be both poacher and game-keeper of the migration to renewable energy