Biodiversity refers to the variety of species, the genetic variation within them and is also concerned with habitats. With more than half of the world’s population living in urban areas and the urbanization expected to reach 68% by 2050, significant swats of natural land and habitats are being removed, and urban areas are rapidly expanding in diverse natural environments in Brazil West Africa and Southeast Asia. Moreover, the loss of biodiversity and ecosystem integrity undermines climate actions. At the same time, recent studies show that cities are more important to biodiversity conservation than was previously thought, in several cases supporting an array of plants and animals, some of which have larger populations and higher productivity in urban environments than in rural landscapes.

A critical notion to introduce in this city-biodiversity equation is that of ecosystem services, which refers to the array of benefits provided to humans by the natural environment, including aspects like clean air, pollination, physical health or extreme weather regulation. With everyday life dependant on ecosystem services, which are in turn supported by biodiversity, the latter’s impact on humans in urban environments becomes apparent. As a result, decision-makers, urban planners, and architects are becoming more aware of how nature in cities impacts well-being and represents an intrinsic aspect in developing a sustainable and healthy urban life. 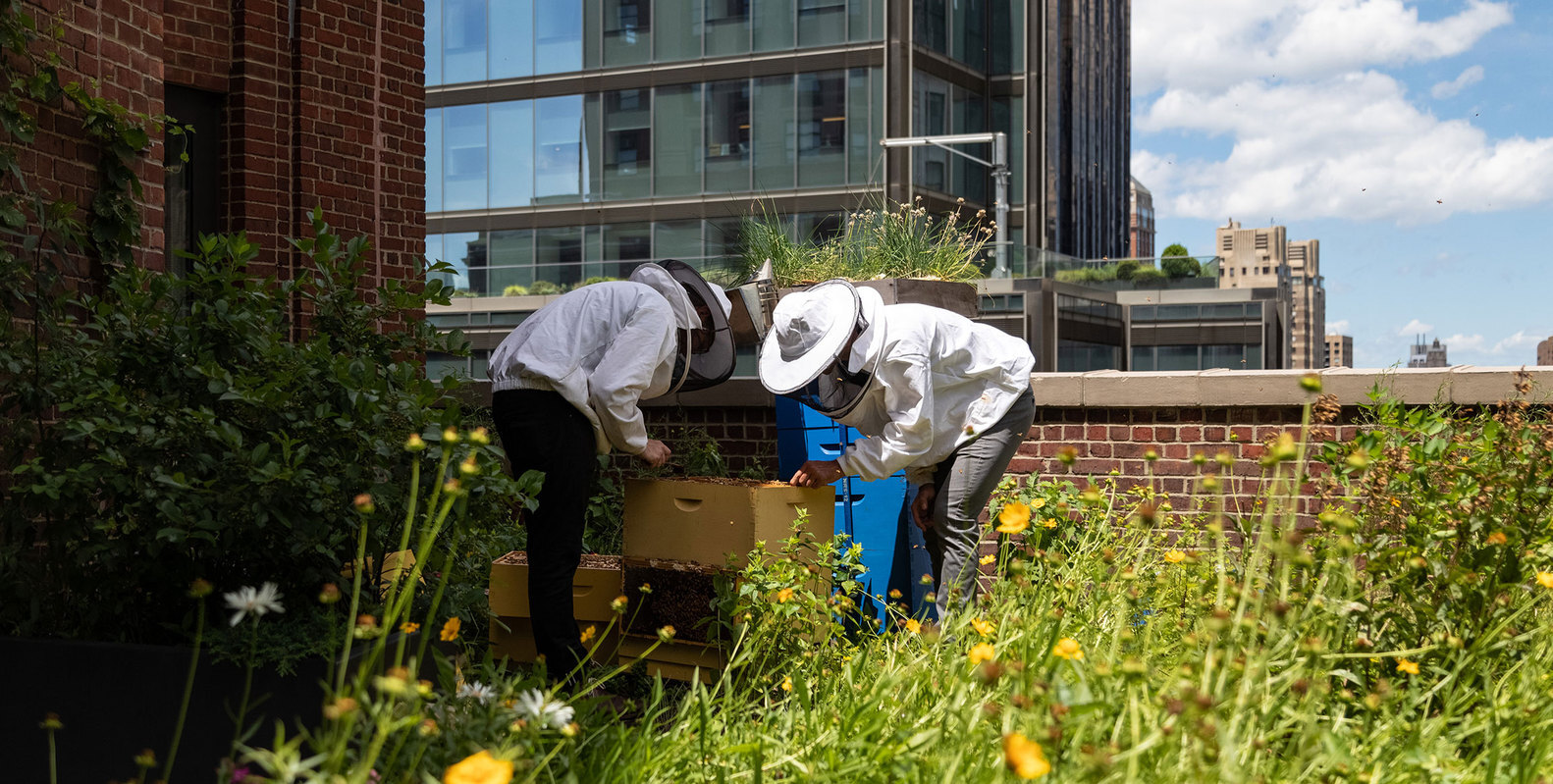 Several cities have shown leadership in addressing biodiversity loss, but Singapore has been at the forefront of this challenge, with a comprehensive strategy to transform itself into a “City in Nature”. As part of this framework, Singapore plans to add 300 more hectares of gardens and parks by 2026, implement species recovery plans for 100 species of plants and 60 species of animals, and have each household within a 10-minute walk from a park. Underlining its commitment to fostering biodiversity, the city launched in 2008 the Singapore Index on Cities’ Biodiversity, a framework that helps cities evaluate their biodiversity conservation efforts, providing tools and metrics for implementing action plans. The latest report published in September 2021 incorporates suggestions by experts and cities using the Singapore Index framework regarding habitat restoration, urban agriculture or nature-based solutions for infrastructure. Conversely, the World Economic Forum recently launched the BiodiverCities by 2030 initiative reuniting experts and practitioners from the public and private sector with expertise in biodiversity conservation and climate change in an effort to articulate an urban development model for nature-positive cities.

Can Architecture Contribute to Biodiversity?

In 2019, the UK Government announced that new developments would be required to demonstrate a 10% increase in biodiversity to gain planning approval. The “net-gain” condition is measured using a biodiversity metric and will likely be mandated by 2023. The body of knowledge concerning biodiversity and architecture is less well developed than that regarding embedded carbon emissions, for example, and there is a somewhat limited opportunity for architecture to significantly impact biodiversity unless efforts are coordinated at the urban level. However, there are several ways to incorporate provisions for biodiversity in architectural projects.

Architecture can contribute to fostering biodiversity by creating habitat opportunities as part of new developments, protecting on-site habitats and seeking to link them with others further afield. Water management, the use of grey-water and construction materials from recycled waste are also important. Planted roofs, green facades, roadside trees, together with larger green infrastructure like parks and wetlands, can foster biodiversity by providing habitat for breeding, shelter and food for birds, pollinators and other animals. The construction process is highly disruptive for local fauna and flora, but controlled development and approaches like Design for Manufacture and Assembly (DfMA), where components are fabricated off-site, can significantly minimize the impact. Biodiversity conservation is even more critical for developments on brownfield sites, which feature rich ecosystems.

While the value of urban areas for biodiversity conservation is still being established, there is a growing acknowledgement of the fact that cities are a vital aspect in developing solutions to the global biodiversity crisis. At the same time, reversing biodiversity loss requires the participation of numerous actors, from scientific bodies, authorities and urban planners, to architects, all working towards making cities thriving multi-species habitats.

PreviousThese Machines Scrub Greenhouse Gases from the Air
Next Final Commissioning Starts on the 15.57 MW Kikagati Hydro Plant Shared by Uganda and Tanzania