You are at:Home»Opinion»We Must Question Why Small Modular Nuclear Reactors Are All The Rage

Small modular nuclear reactors are being widely punted as the energy source of the future. But if we are looking only at costs, solar and wind are way cheaper than small modular reactors and battery technology is way better today than it was only three years ago.

Small modular reactors (SMRs) seem to be all the rage these days. Dismiss them at your peril. I am no conspiracy theorist, but everyone is talking about them just as energy prices are spiking in Europe, the UK is struggling to supply its filling stations with fuel, the green parties want to cancel Nord Stream 2 and China is rationing electricity after recent widespread outages in 22 states.

Could it be that some of these crises — and ergo, energy panic — are artificially made in order to give fossils one last hurrah in the limelight? Nuclear energy is renewable, but I mean, you need fossils and a lot of capital investment to make them! Also, are those who are betting on SMRs as the technology of the future right to place their hopes in this sector rather than in greener alternatives?

I will come back to that later. First, what exactly are SMRs?

SMRs are small nuclear reactors of 300MW capacity or less (almost enough electricity to light up Mangaung) — really tiny compared with the classic ones such as the 7,965MW Kashiwazaki-Kariwa plant in Japan which is four times the size of Koeberg and can light up almost the entire city of Johannesburg. Those below 15MW capacity are known as VSMRs.

Unlike larger power reactors which take anything from 10-15 years to build and cost at least $10-billion, SMRs can be installed in under four years at a cost of anywhere between $3- to $5-billion, with an average lifespan of 60 years. Power companies can start with one SMR and add up to 12 modules over time in some cases. Another advantage of SMRs is that they cannot meltdown – they are designed to just shut down and cool off. This takes away the fear of nuclear accidents releasing radiation material into the atmosphere.

Although some sceptics say that we are still about a decade away from commercial SMRs, Russia already has a floating 35MW SMR powership and plans to build a second one in Siberia soon. 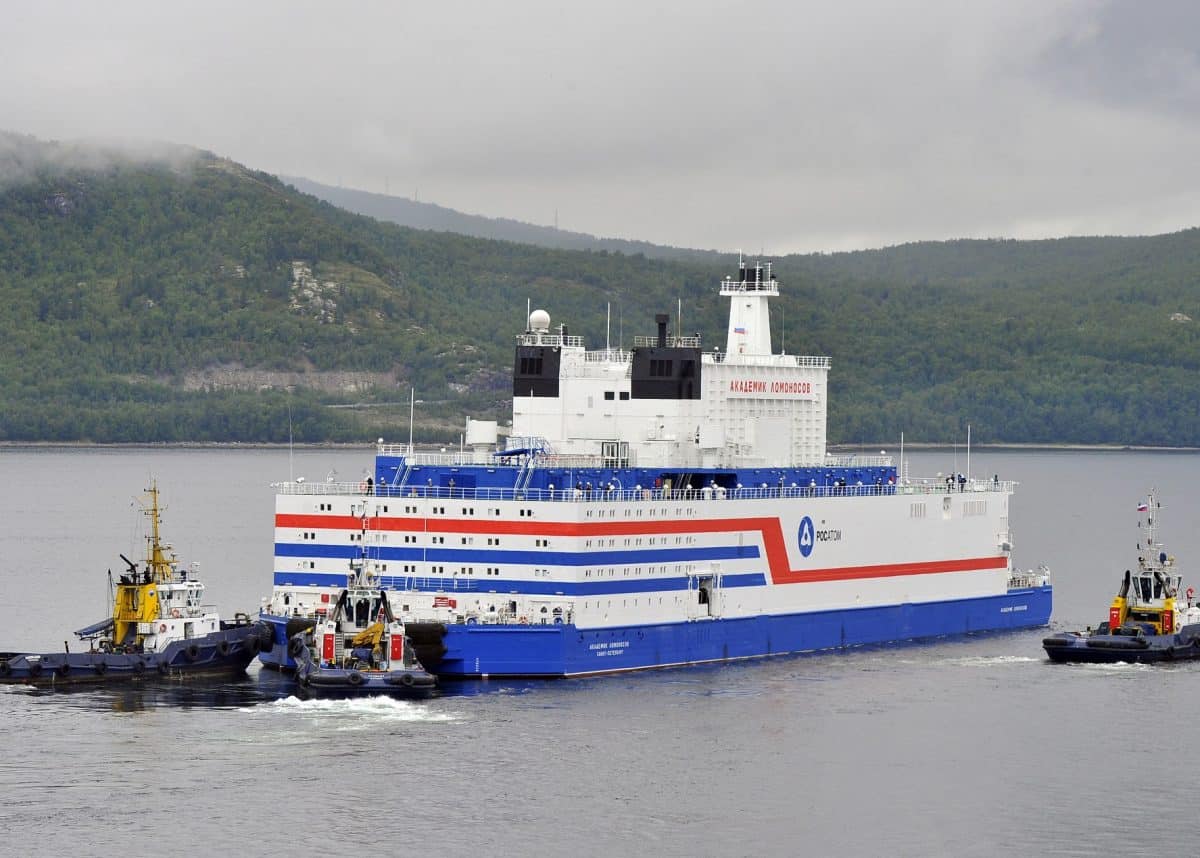 America has been subsidising research in SMRs for more than a decade now. They paid $226-million in research grants for the light-water SMR built by Nuscale Power for Energy Northwest. The US Congress has already passed a nuclear production tax credit (PTC) act to subsidise energy from the plant for the next 10 years and the Department of Energy further approved $1.355-billion to fund the Carbon Free Power Project (CFPP), which involves investing massively in SMRs.

China already has a bunch of floating SMR powerships and started construction on a 125 MWe land-based pressurised water reactor (PWR) in Hainan province in June 2021. The project was officially launched by the Ministry of Ecology and Environment (which is another point I will get back to in a moment, i.e. that countries are pushing nuclear hard as the green solution of the future).

In the United Kingdom, SMRs are a key part of the decarbonisation strategy. Last year, Prime Minister Boris Johnson announced a £525-million investment in SMR development and Business Secretary Kwasi Kwarteng is about to approve a contract for Rolls-Royce to build a fleet of them in order to assure energy self-sufficiency, which has become a hotly debated topic after Brexit and now amidst the fuel shortages that have hit the nation.

Not to be outdone, French President Emmanuel Macron wants to make SMRs a cornerstone of his 2022 re-election campaign. It is believed that France will spend €50-million from the Euro Recovery Plan on SMR research. Industry players in the nuclear space have already announced plans for the construction of a university of nuclear research. About 30 research centres have also received funds from the France Relance plan for nuclear research. Although France is a world leader in nuclear technology, they have been caught napping by Russia, the US and China which are already way ahead of them in SMR technology.

So the race is on to scale up production of affordable commercial land-based SMRs which could potentially fill up the manufacturing companies’ order books.

Now, back to why nuclear technology is enjoying a comeback — well, it never went away, but it is enjoying a renaissance of sorts among the ever-more confident G20 leaders — because, as Maud Bregeon puts it in Nucléaire: un patrimoine industriel et écologique, even the IPCC and the UN say that “all low-carbon technologies are needed to meet our climate goals, including nuclear. Over the past 50 years, nuclear power has saved the planet from emitting 75 million tonnes of CO2 and prevented over a million deaths from air pollution.”

The US also sees investments in SMRs as a potential aide in deep decarbonisation. NuScale boasts on their website for example that “SMRs — at NuScale costs — would reduce the cost of achieving a 100% electric sector greenhouse gas reduction by nearly $8-billion per year”.

Some in Europe’s green parties have accepted nuclear as a necessary evil in the face of the Russian threat.

Now, that said, is the world right to focus on SMRs as the future? If we are looking only at costs, solar and wind are way cheaper than SMRs and battery technology is way better today than it was only three years ago. According to the International Energy Agency and the OECD Nuclear Energy Agency, the kilowatt-hour price for SMR is almost certainly always going to be higher than what bigger power plants can offer. It is for this reason that many question why South Africa’s Energy Minister is still determined to commit to new nuclear capacity in line with the integrated resource plan (IRP). That allocation could be shifted to a cheaper energy source.

Three billion dollars is a massive drop from the $10-billion that is the going rate for a big nuclear plant. However, even at $3-billion in start-up for a small plant, the average African country simply cannot afford this type of technology. By comparison, they can get going on a modular solar plant with only a few thousand dollars.

Then there is the toll that continued investment in nuclear has on the environment. In an essay titled An Obituary for Small Modular Reactors, Friends of the Earth Australia argues that “about half of the SMRs under construction (Russia’s floating power plant, Russia’s RITM-200 icebreaker ships, and China’s ACPR50S demonstration reactor) are designed to facilitate access to fossil fuel resources in the Arctic, the South China Sea and elsewhere”.

Drought-hit Namibia, which has about 5% of the world’s uranium resources has seen an increase in investments in the uranium sector. Russia (Rosatom) and China (China National Uranium Corporation, CNNC Overseas Uranium Holding Limited etc) have significantly expanded their investments in the country, a sign that a lot of what is going to be said at COP26 will be just a lot of hot air.

Helpless activists in Namibia have also been trying to draw the world’s attention to the unusually high numbers of former uranium mine workers who have been dying of cancer, without much success. As investments in uranium pick up, and as some environmental activists make the case for nuclear as green technology, it is important to remember the toll that it is taking on people and ecological systems in the Global South.

These considerations should lead us to make saner and more realistic choices for our children and our children’s children.