You are at:Home»Headline News»UK: Drones to Repair and Maintain Offshore Wind Farms 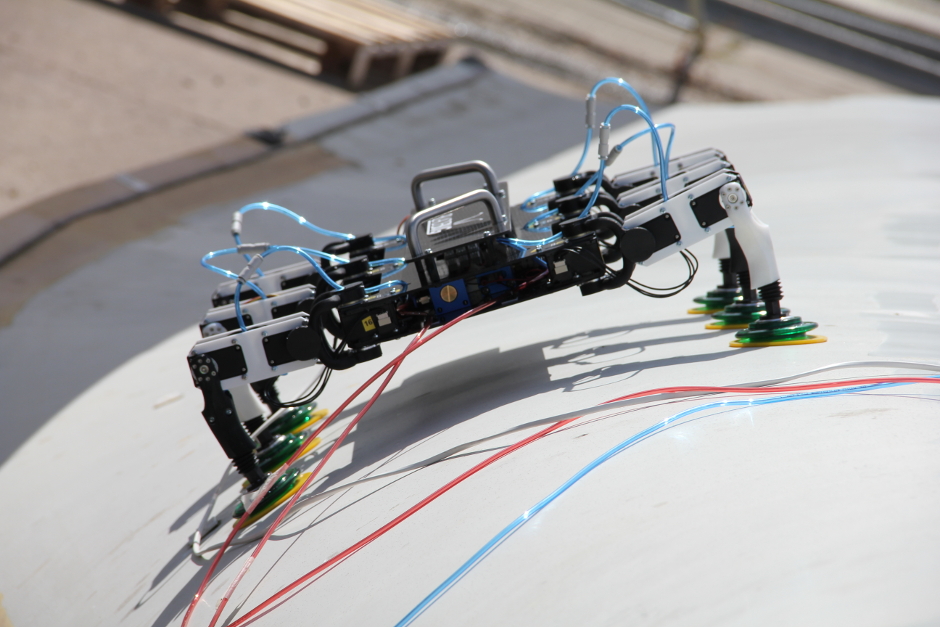 The project is led by Plant Integrity Limited who are collaborating with Thales UK Limited, Wootzano Limited, BladeBug Limited, Offshore Renewable Energy Catapult, University of Manchester, University of Bristol, Royal Holloway University of London and Royal College of Art to develop and demonstrate a prototype version of the MIMRee.

Thales’ Halcyon autonomous vessel will play a key role, as will a drone system under development by the University of Bristol’s Dr Tom Richardson, and the six-legged crawling repair robot BladeBUG, invented by entrepreneur Chris Cieslak. The core innovation challenge will be to bring these units into one team capable of planning, communicating, sharing data and working together on a complex chain of tasks.

PreviousRenewables – The Engine of the Global Energy Transformation.
Next Can Gwede Mantashe See Climate Change Through the Eyes of His Grandchildren?