Lake Victoria is a massive trans-boundary body of water shared by Kenya, Tanzania and Uganda with about 23 rivers that bring water into the lake.

“The increased water level is causing dislodgement of papyrus mats … resulting into huge mass of floating islands, which are dangerous to hydropower infrastructure,” Cheptoris said.

According to Cheptoris, the quick rise in water level has also been accelerated by human activities especially environmental degradation.

“Loss of forest cover, encroachment on wetlands, lakeshores and river banks including poor land use practices, have resulted in soil erosion leading to siltation of our water bodies. This has resulted in speedy movement of water into the lakes and rivers with a lot of silt, which has further reduced water storage capacities of our water bodies,” Cheptoris said in a statement. 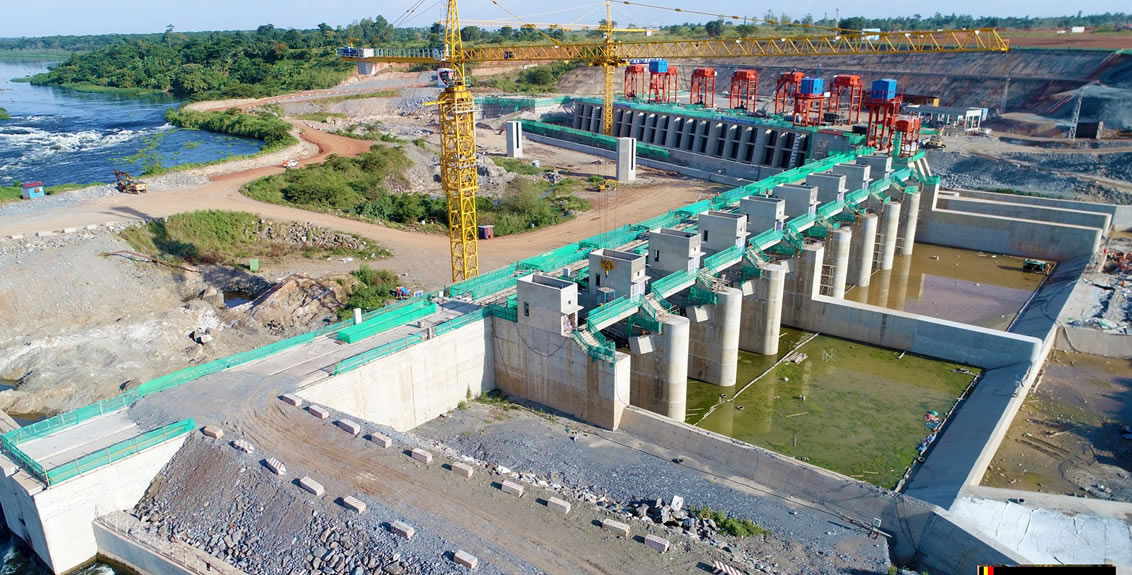 Pic: Karuma Hydro Project as it was under construction a year ago. Credit: UEGCL

On 14 April, Uganda lost power countrywide after papyrus islands carried by surging waters clogged the intake gates at two of the hydropower dams in Jinja in the east of the country.

“This cost government a lot of money to remove,” Cheptoris said, without giving figures.

Sections of waterfront properties such as luxury hotels, including one belonging to a unit of Nairobi-listed Tourism Promotion Services and a Protea Hotel, part of Marriott International, have become submerged in the last few weeks. 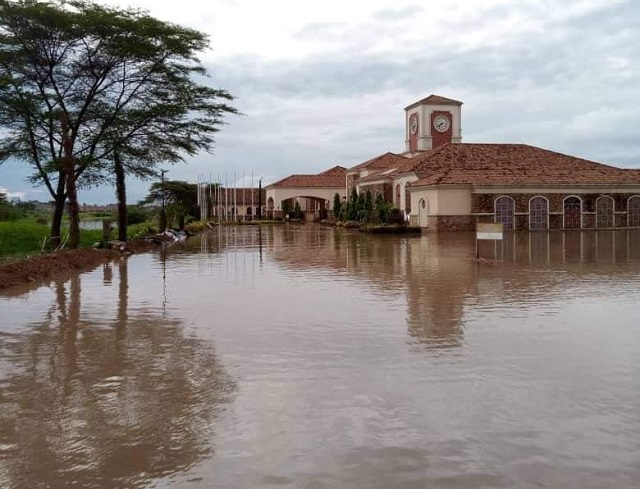 Pic: Serena Hotel Kigo under flood on the banks of Lake Victoria, Uganda. Credit: The Independent.

To relieve flooding, Cheptoris said Uganda had more than doubled the volume of water it releases downstream through the gates at the dams at Jinja.

Egypt could be an unexpected winner from the extra volumes as it relies on the Nile for much of its water supplies.