Officials from the U.S., U.K., France and Germany are looking for an agreement with Eskom Holdings SOC Ltd., which generates almost all of South Africa’s power from a fleet of 15 coal plants. Any deal struck could be announced during the United Nations climate talks known as COP26, set to start in Glasgow, Scotland, on Oct. 31, one of the people said.

“The developed economies have a responsibility to fund the just transition to a low carbon economy and climate resilient society,” said Albi Modise, a spokesman for South Africa’s environment department. He confirmed that John Murton, the U.K.’s envoy to COP26, will visit the country “to assess opportunities for enhanced cooperation” but added that the dates are still being finalized.

Alok Sharma, the COP26 president, has said he wants to use the summit to “consign coal to history.” But he’s met resistance from a number of middle-income countries that rely on coal. A Group of 20 meeting in July failed to reach an agreement on phasing out coal.

South Africa’s use of coal has made it the world’s 12th biggest emitter of greenhouses gases, ahead of the U.K. which has an economy eight times its size. Eskom alone accounts for more than 40% of South Africa’s emissions. Read more 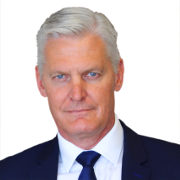 Eskom GCE, Mr Stefan De Ruyter will be speaking at Enlit Africa. Do not miss this premier energy event!

PreviousA Solar Sister Shines in Nigeria
Next Food production generates more than a third of manmade greenhouse gas emissions – a new framework tells us how much comes from crops, countries and regions