According to the manufacturer, the proposed system architecture offers more stability compared to conventional floating structures and reduces by up to 93% the contact area of the system with the water.

The first system prototype was recently developed on a water reservoir in Alava, in the northeastern territory of the Basque Country. The company claims it allows the deployment of the modules with a tilt angle of up to 25 degrees, stating that conventional floating structures commonly allow tilt angles of up to 10 degrees. According to Emica Bombas, this enables developers to make the use of bifacial panels more convenient. 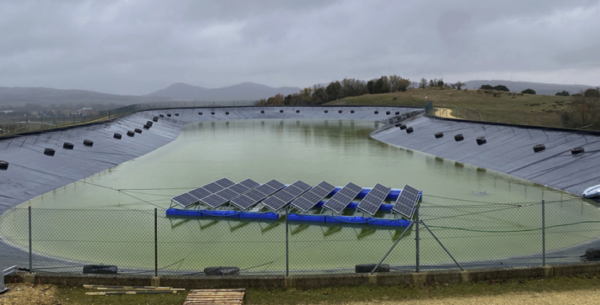 When water basins must be emptied to clean the bottoms, the floating structure allows this task to be tackled without the need to dismantle the installation. “The set is designed by naval engineers,” the company said, adding that it can withstand winds of 29 m/s and waves of 1 m in height.

The pilot floating array was built with 32 solar panels with an installed capacity of 11 kW.

“Emica Solar was created by combining, on the one hand, the solidity of the Emica brand, its commercial network and its financial capacity; and on the other, a patented floating product known as EMS,” the company stated