The clinics will initially provide healthcare to the displaced population of Cabo Delgado, as well as the host communities in those districts. The clinics are designed to provide primary health care as well as education on sanitation, good health practices and prevention of communicable diseases (including COVID-19).

The Director General of TotalEnergies in Mozambique, Maxime Rabilloud, formally handed over the mobile health clinics to His Excellency the Minister of Health, Armindo Tiago, at a ceremony in Maputo on Wednesday morning.

Maxime Rabilloud stated that supporting communities affected by conflict is a priority for the project.

In turn, Minister of Health Armindo Tiago said: “We lack words to express our sentiment, for such a noble gesture by TotalEnergies, which thus responded to the exhortation of His Excellency Filipe Jacinto Nyusi, President of Mozambique, whose governance has, since the beginning, been marked by the incessant search for solutions to the daily challenges of our country and our population.”

“It is undoubtedly a great gain for the country, for the health sector, for the province and for the populations that will benefit from these mobile clinics. With these mobile clinics, we are going to minimize the decrease in health indicators that had been worsening, particularly in Cabo Delgado province, as a result of the instability caused by the terrorist attacks,” he added. 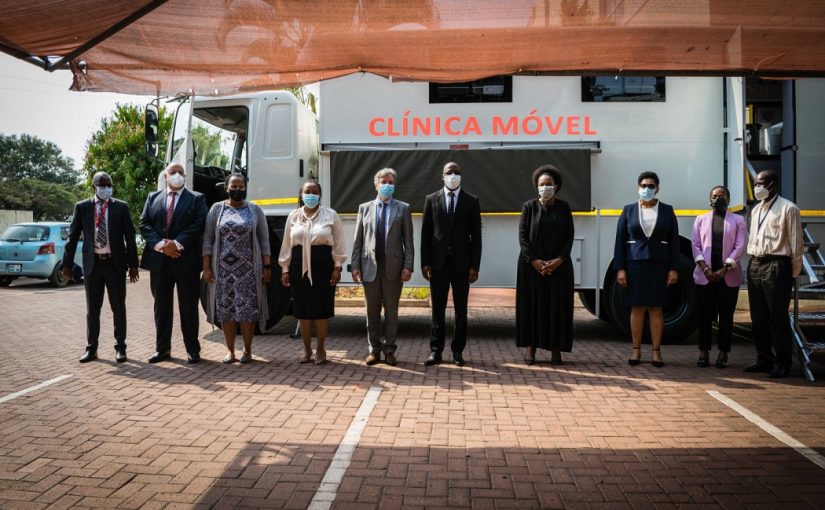 At the hand over ceremony. Image credit: TotalEnergies

TotalEnergies and its partners in the Mozambique LNG Project have, since the attacks in Palma District in late March, provided 200 tonnes of food aid to Palma, as well as to IDPs in the southern districts of Cabo Delgado.

The project’s medical team based in Afungi provided emergency assistance to more than 300 community and military members shortly after the attacks.