You are at:Home»Opinion»Status and Possibilities for Micro-Hydro Generation in South Africa

People are always expecting the power to go out in South Africa due to rolling blackouts. Every time it happens, the possibilities of alternative power generation are discussed, usually with a focus on wind and solar power.

Africa has vast resources and the potential for hydropower is one of them. About 10% of the global hydropower potential is located on the African continent with the majority of that in sub-Saharan Africa. So far only 4 to 7% of this potential has been developed.[1]

Water is usually considered for large installations, but small and micro hydropower could be an option for South Africa. It has worked here before. Micro hydropower generation has a history in South Africa and could potentially make a significant difference in the provision of electricity – especially in rural areas.

While there is no internationally agreed upon definition for the different sizes of hydropower, a generic distinction between ‘large’ and ‘micro’ hydropower is that micro-hydro usually refers to installations up to 10MW of installed capacity.[2]

For the last couple of decades, there has been advancement in the development of hydropower generation in South Africa.

There is the Neusberg Hydro Power Station near Kakamas in the Northern Cape, a new grid-connected micro hydropower station commissioned in the Sol Plaatje municipality in the Free State and a few other stations at varying stages of development.

KwaZulu-Natal and the Eastern Cape also have a number of mini and micro hydropower systems that primarily supply individual farms only, without providing electricity to neighbouring communities.

A 15kW pilot system was also installed at the Pierre van Ryneveld reservoir in Pretoria as part of a University of Pretoria research project[3].

Micro hydropower could play a pivotable role in remote areas to provide access to electricity in stand-alone isolated mini-grids or as distributed generation in national grids. Various national governments and donors have also recognised the potential role of micro hydropower in establishing access to electricity and eradicating energy poverty.[4]

Micro hydropower is a proven and mature technology with a track record. It also fulfilled a key role in earlier efforts to supply electricity in Southern Africa. Unfortunately, interest in micro hydropower waned when national grids offered cheap and reliable electricity.

A good example is the gold mines at Pilgrims’ Rest that were powered by two 6kW hydro turbines – as early as 1892. A 45kW turbine was added two years later to support those turbines to power the first electrical railway in 1894. Various church mission stations in Africa also used micro hydropower installations.[5]

While people forgot about micro hydropower when the national grid promised cheaper and more reliable power, the price and the fact that our electricity supply has become unreliable, indicates that communities in South Africa could consider generating their own power and they could be done with micro hydropower.

Micro hydropower in South Africa consists of two main parallel tracks. The first is IPP-developed grid-connected projects feeding into the national electricity system and the second is micro-scale systems for private use.

Challenges of hydropower in South Africa

To be realistic, there are challenges to using micro hydropower in South Africa. These challenges are:

However, research has shown that twice the installed capacity of the present installed hydropower capacity below 10MW can be developed in the rural areas of the Eastern Cape, Free State, KwaZulu Natal and Mpumalanga.[8]

Important factors that should be considered for a micro hydropower project are to determine project costs and electricity generation potential are the head, flow, penstock (pipeline) length and electricity transmission line length.[10]

Now for the benefits

However, now that we have discussed the barriers, let us remind ourselves of the benefits of micro-scale hydropower:

The challenges identified with these municipal projects were that each project had numerous stakeholders and entities, which introduces challenges in communication, approvals and time schedules. It was therefore clear that stakeholders need to agree on clear channels of communication at project inception.

The site terrain posed construction as well as access problems and getting approval from stakeholders and entities slowed the projects down. Importing products not available in South Africa was also high.

While implementation was quite straightforward, legislative procedures and bylaws challenged micro-scale project feasibility. The prevention of theft and possible injuries to children swimming in the canal sections were also major challenges.[13]

Although these challenges could be prohibitive, studies have demonstrated that South Africa has good potential for micro and even mini-hydro systems[14].

A key part of the Agenda for Sustainable Development is achieving universal access to electricity by 2030, because electricity is required for almost all parts of a modern economy, from cooling vaccines to irrigation pumping, from manufacturing to running a business. Micro-hydro power can help South Africa achieve this goal. It is time to start breaking down the barriers to micro-hydro power and get our regulatory environment and financing on track to use this environmentally-friendly way of generating power.

About the author
Tiaan Hendriks has a Masters in Mechanical Engineering in Renewable and Sustainable Energy from Stellenbosch University.

Disclaimer: The articles expressed in this publication are those of the authors. They do not purport to reflect the opinions or views of Green Building Africa or ESI Africa, our staff or our advertisers. The designations employed in this publication and the presentation of material therein do not imply the expression of any opinion whatsoever on the part Green Building Africa concerning the legal status of any country, area or territory or of its authorities.

Water is one of the central themes at: 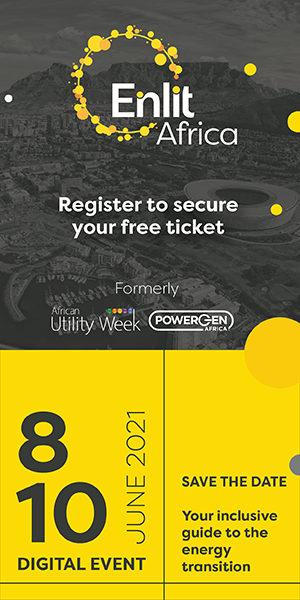