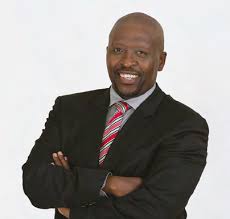 Mr Gumede is a highly experienced engineer, with extensive knowledge and understanding of the energy industry. He has held various executive positions, including Executive Chairperson of the Fifth View (Pty) Ltd, an advisory and investment company operating in the oil and gas energy sector. He is the former Chairperson of the Board of PetroSA and the former CEO of the South African Farmers Development Association. He has served as a Technical Advisor to the Minister of Energy, as well as an Associate Director at Deloitte. He was also the Deputy Director General of Hydrocarbons and Energy Planning, as well as Chief Director Hydrocarbons at the erstwhile Department of Minerals and Energy, between 2003 and 2008. Before joining the Department of Minerals and Energy, he served as Executive Director and Senior Consultant at SAD-ELEC (Pty) Ltd, an energy consulting company. Mr Gumede has advised a number of large international oil companies and governments on regulatory frameworks, as well as energy policy and strategy. Mr Gumede holds a BSc (Eng.) degree and a Master of Business Administration degree.

NERSA Chairperson, Mr Jacob Modise, congratulated Mr Gumede on his appointment. He further said that ‘Mr Gumede’s immense experience in the energy industry will greatly contribute towards the execution of NERSA’s mandate to ensure the sustainable development of the electricity industry by balancing the economic interests of all stakeholders, and to ensure the sustainable socioeconomic development of South Africa’.