You are at:Home»Headline News»South Africa Allocates 6 GW of Large Scale Solar by 2030

The DoE envisages 114 MW of already-awarded solar capacity will come online next year with a further 300 MW of projects with signed power purchase agreements due to be added in 2021. Another 400 MW of contracted solar capacity is expected to be commissioned in 2022 and the DoE expects another gigawatt of newly-procured capacity in three years’ time.

Wind power capacity is expected to grow from around 1.98 GW today to 17.7 GW by the end of the decade, to make up 22.5% of the energy mix according to the Integrated Resource Plan.

Coal would still account for around 43% of South Africa’s generation capacity in 2030 under the strategy, with around 33.36 GW of installed plant capacity, of which 750 MW would be procured in 2023 and the same amount in 2027.

“Beyond [the]Medupi and Kusile [thermal power stations], coal will continue to play a significant role in electricity generation in South Africa in the foreseeable future as it is the largest base of the installed generation capacity and it makes up the largest share of energy generated,” stated the strategy document. The Medupi and Kusile plants are struggling with building delays and low reliability due to “design flaws” that are compounding generation capacity shortfalls.

The DoE said around 11 GW of operational coal capacity will be decommissioned over the next decade and a further 24 GW will be shuttered in 2030-50. However, fossil fuel-based gas and diesel generation capacity is forecast to grow from around 3.83 GW to 6.38 GW in 2030, raising their share of the national power mix to 8.1%.

The strategy also provides for around 6 GW of new small scale generation capacity – termed ‘embedded generation’ in South Africa – up to 2030, without offering further specifics. “As we plan for the next decade, this technological uncertainty is expected to continue and this calls for caution as we make assumptions and [commitments]for the future in a rapidly changing environment,” the South African government stated in the document.

The new plan still places renewables and storage as an opportunity to diversify South Africa’s energy mix rather than as the central pillar of a post-fossil fuel system, as is happening elsewhere around the world.

The South African Photovoltaic Industry Association welcomed the Integrated Resource Plan, which was published on Friday. The association said the publication of solar ambitions provided developers with a measure of certainty, even if the proposed future energy mix does not appear to have been based on least-cost assumptions.

“We will continue to engage the minister of DMRE [the Department of Mineral Resources and Energy]to find mechanisms to smooth out the gaps presented in 2024, 2026 and 2027, where no solar PV is envisaged to be added to the grid,” the trade body said in a press release.

The association said it noted the strategy is a document which can be amended to reflect changing scenarios and called for the government to bring forward more clean energy auction capacity under the planned fifth round of the national Renewable Energy Independent Power Producer Program. Small scale solar too, could benefit from the predicted need for more energy sources, added the lobby group, noting the original call for 2 GW of small scale project capacity up to 2030 had been raised to 6 GW in the final strategy document.

“The allocation to embedded generation – based [on]short term capacity and energy gaps – are great portents for the sector’s future,” said the solar body. 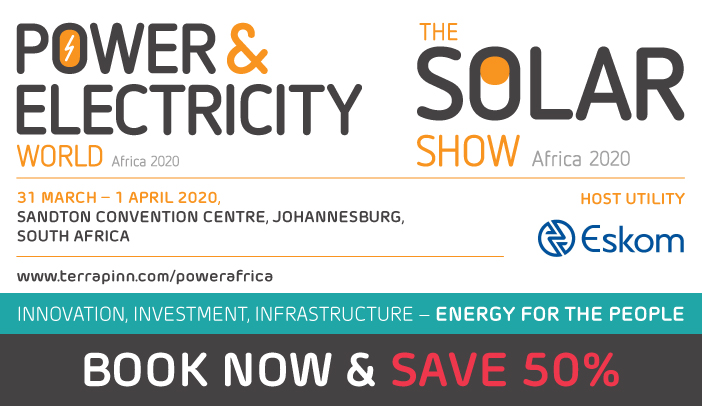