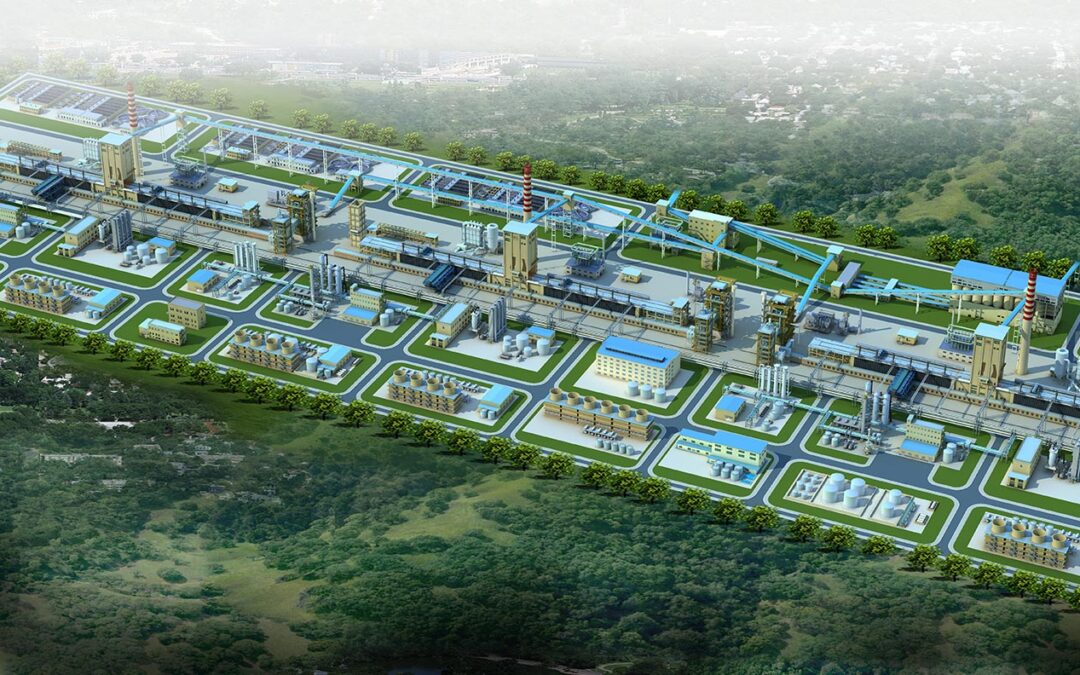 A rendering of the industrial section of the Musina Makhado Special Economic Zone. Image credit: MMSEZ

The project is located in the Musina-Makhado Special Economic Zone (MMSEZ) which lies in the Vhembe district between the towns of Musina and Makhado. The beneficiaries include project coal supplier MC Mining, formerly Coal of Africa, whose investors include the South Africa’s Industrial Development Corporation.

The Chinese businessman Ning Yat Hoi, whose Chinese-registered company, Shenzen Hoimor Resources Holding Company, was appointed by the Ministry of Trade, Industry and Competition as the de facto operator of the zone for an effective term of 120 years.

“We have abandoned that part of the project. We are now focusing on solar,” said MMSEZ CEO Lehlogonolo Masoga at a press conference in Limpopo yesterday. Masoga added that the Chinese consortium had shown interest in building a 1 000 MW solar plant in place of the coal power station.

“Once we have that power, we start to roll out other projects,” said Masoga.

The MMSEZ’s coal power plant was conceived to service the entire needs of the mega industrial zone and not just the steel production complex.

The project has locals and environmental groups up in arms.

“The Musina Makhado Special Economic Zone plans do not fit into South Africa’s energy, Just Transition or water planning, and do not respect local residents’ wishes or the biodiversity in the area,” said Dr Victor Munnik when presenting his research at a webinar in October last year. Read more

David Tshidzumba of community-based organisation Save Our Limpopo Valley and Environment (SOLVE) explained that “the landscape forms the bowl of life to us as a people. These projects threaten the journey of self-actualisation of the community. They threaten the natural springs, the herbs, the trees, and indigenous knowledge. If these projects come in, they threaten these aspects. They are going to kill us as a people, because we are going to lose what makes us, us.”