You are at:Home»Headline News»Solar PV Windows Viable Only if They Add Soft Value to Buildings

Building Integrated Photovoltaics (BIPV) is defined as a photovoltaic generating component which forms an integral and essential part of a permanent building structure without which a non-BIPV building material or component would be required to replace it. The performance of power generation by a BIPV component is deemed to be secondary to the role of being a building material or structural component. BIPV occupies a space in the building design such that, if removed from that space, its absence will be distinct and noticeable.

“There exists an enormous disparity between the success of BIPV relative to its utility and commercial PV counterparts,” research co-author David Needell told pv magazine. “We focused specifically on the concept of PV blended into commercial building windows and more specifically, the US high-rise building and window market.”

Needell explained that the research team collected data from nearly 150 interviews in this market segment and found that a crucial factor for commercial building developers is achieving a high occupancy rate, which is the ratio of rented or used space to the total amount of available space and a crucial factor for ensuring a high return on investment (ROI) for their projects. “While certain commercial high-rise buildings do not require tenants to pay for utilities, most do,” Needell said. “Thus, the developers have little incentive to incorporate more expensive glass windows that produce electricity, since this does not work toward increasing occupancy rates and therefore ROI.” 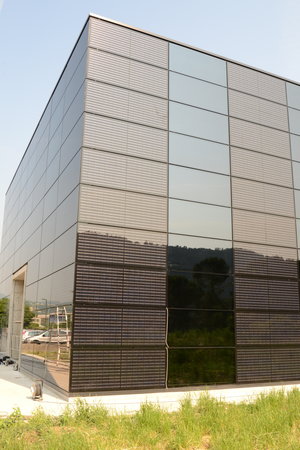 In their interviews, the real estate developers explained that occupancy rates may be increased through “soft” values of the commercial building such as lighting, heating and cooling, comfort, unobstructed window views, and aesthetics, among other things, and that solar windows should be designed with this in mind. “This also helps explain the rise of the major electrochromic window company,” Needell stated, adding that the related industry learnt how to better understand customers’ needs and pivoted its strategy towards soft values. In order how to understand which soft value a solar window may bring, manufacturers will have to consider how to blend into the existing value chain of a typical double-paned, insulated glass unit (IGU).

When asked about the efficiency of solar windows and their potential technological improvement, Needell said that BIPV window manufacturers should shift away from traditional PV metrics like efficiency or cost per watt, and instead focus on new figures of merit such as how the PV can enable soft values for the building. “One example of how to accomplish this is to hybridize electrochromic windows with PV technology – a strategy that we look at more closely in our research,” Needell added. “By doing so, the efficiency standards for the window are lowered dramatically, as the generated power is used to alter the transparency of the window and not used to offset building load.”

If solar windows are blended into forms that enable soft values, their pricing structure will also change significantly. If for conventional PV modules, the pricing follows the usual standard commodities trading paradigms, which means the cheaper the better, the same is not necessarily true for windows that offer soft values. On the contrary, a value-based pricing structure does not strictly imply that making the BIPV window at lower costs is a must for market adoption.

According to the research team, the biggest challenge that exists today in the PV windows market is how exactly to satisfy the needs of both: real estate developers that ultimately decide which windows go in which buildings, and the window manufacturer who will most likely be involved in directly purchasing the PV components from future companies in this market. ” Both customers’ needs must be addressed, and the future companies who are successful in this space will most likely have value propositions that satisfy both parties,” Needell further explained. “This is challenging, as the buildings market is distinct from the utility PV market in a host of ways and arguably the most notable distinction lies in the fact that in this market, the PV must be blended into the façade or window.”

The primary purpose of solar windows should not be generating substantial amounts of electricity at ever-increasing efficiencies up to the detailed balance limit.  “But rather, its primary purpose is to sell more buildings, in whatever way it can best do that,” Needell concluded

The research findings were presented in the paper Solar Power Windows: Connecting Scientific Advances to Market Signals, published in Energy.