You are at:Home»Headline News»Solar for Agriculture: Empowering Farmers in Sudan

Stories from Sudan’s solar for agriculture

For Abdel Rahman Isam Ahmed and his family, the results have been immediate and transformative. “I was not eager to farm before,” he said. “I became interested only after I saw the benefits of solar energy with regards to savings.”

“The output from growing date palms using solar pumps is covering the expenses of three families in our household. Before, I had a lot of overheads for running the farm, now we only need the sun and boom, water comes out for us and we just plant.”

“Solar energy has really made our lives easier, we used to buy a lot of gasoline and spare parts for the pumps and bring it over using small canoes. Now, we come over only to see how far the plants have grown, we really have less things to worry about now.”

“I can’t begin to explain how much good solar energy has brought to us,” said Aicha, who has been able to increase her family’s income, light her home and put her time to more productive use. 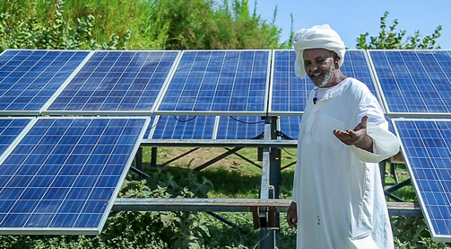 At a practical level, Al-Fatih Khidir Taha, whose fields are bisected by a river and Aicha Adam Nasser, found time and cost savings, a change in workload, and improvements in lifestyle.UNDP Sudan: Muhanad Sameer.

Abdel Rahman, Al-Fatih and Aicha’s successes were replicated across the 29 farms, with 257kWp of solar-generated energy cultivating 463 acres in total. An in-depth analysis of 11 farms demonstrated a productive impact.

With reliable, constant power the threat of ruinous losses from incomplete farming cycles due to a lack of fuel has been eliminated. As a result, farmers planted confidently, increasing cultivated land by 46%.

Adding to this, continuous water supply and reductions in fuel shortages and maintenance downtime increased crop yields and growing time per season. This allowed farmers to produce year-round, as well as introduce new, higher-value crops like cotton, lemons, and mangos.

Coupled with lower costs from fuel savings, around 960 litres ($108) of subsidised diesel per acre per season, and minimal solar-system maintenance, the response from farmers has been overwhelmingly positive. 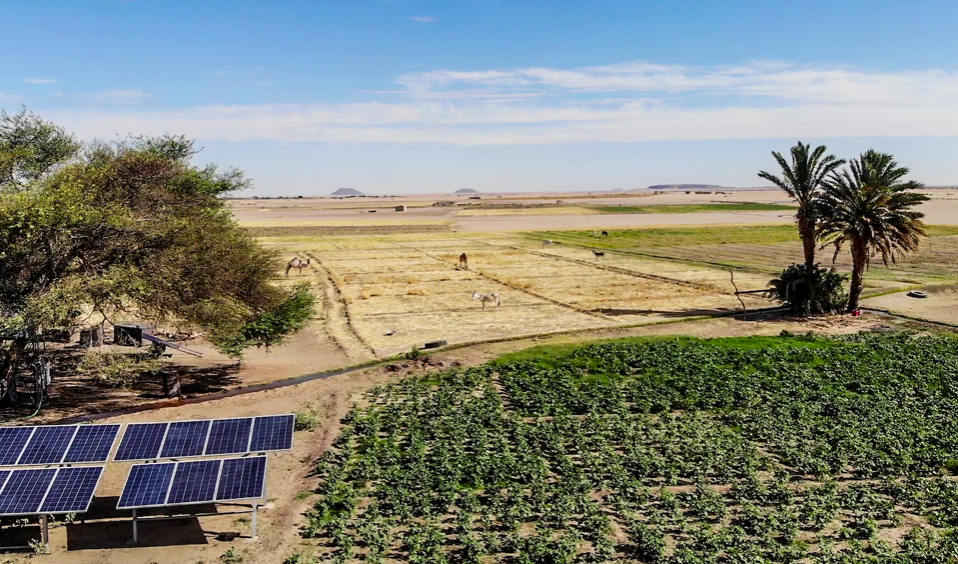 Reliable water supply, provided by the solar-powered pumps, has expanded production and land use, and allowed the introduction or expansion of higher-value, water-intensive crops like cotton and watermelon. UNDP Sudan/Muhanad Sameer.

Current impact and beyond

For farmers, the focus has been practical – cost savings and increased production – but the environmental benefits are significant and critical given Sudan’s vulnerability to desertification and climate change.

“Our goal is to make renewable energy widespread in Sudan, in agriculture and beyond,” said UNDP Sudan’s Resident Representative Selva Ramachandran.

But, to expand the technology by 1,890 pumps, and increase agricultural solar use nationwide, a number of mechanisms are required – innovative financing, tax breaks, and technology quality control.

‘Going solar’ costs farmers $5,000 to $7,000, with a farmer forecasted to recoup the investment in four to six years depending on the farm and solar system size.

To facilitate this UNDP is advocating to establish a ‘National Solar Fund’, which will be financed by national banks, the Government, and international donors. It would provide subsidised, low-cost loans to farmers, guaranteeing the affordability and accessibility of agricultural solar technology. In the interim, UNDP and Ministry of Finance officials have secured tax and duty exemptions for most agricultural solar components.

Solar Lab and other projects

Meanwhile, the Sudanese Standards and Metrology Organization (SSMO) and UNDP are establishing a ‘Solar Lab’, launching later this year, to test and certify solar imports, and address consumer concerns around counterfeit or low-quality systems.

“Solar in agriculture has enormous potential, but to ensure its success it must be approached from all sides,” said Yasir Saeed Abdalla, Director General of Renewable and Alternative Energy at the Ministry of Energy and Mining. “As a result of the success, we’re even seeing other organisations launch similar projects in North and West Kordofan.”

For the project significant work remains and a number of challenges: Sudan’s on-going transition; foreign currency fluctuations; limited local solar repair experience; initial upfront costs; and the significant number of farmers to be convinced to invest and systems to be replaced.

However, as Al-Nazeer puts it: “Any farmer using water pumps for irrigating his land should have solar energy to do so, it benefits all farmers and families.”

In Sudan, the opportunities and benefits of renewable energy are significant, harnessing open spaces and high sunshine hours to improve income, reduce costs and safeguard the environment. Unleashing a solar revolution is not simple. But, focused on doing so to unlock Sudan’s potential in agriculture and beyond, UNDP will continue to drive this much-needed solution. 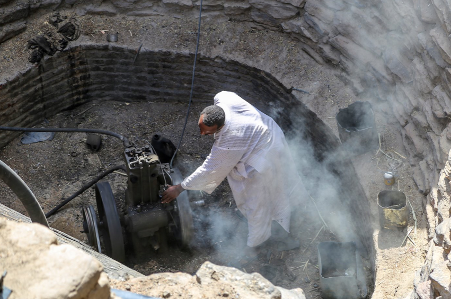 Desertification is increasing in Sudan every year. Renewable energy provides a step toward offsetting this threat, as well as eliminating the health impacts of farmers using diesel systems. UNDP Sudan/Muhanad Sameer and Nouralla Ahmed.

With primary funding from the Global Environmental Facility, and additional contributions from UNDP core funds, Sudan’s Ministry of Finance and Economic Planning, and the Northern State government, solar-powered water pump systems have replaced diesel on 29 off-grid farms across seven localities in Northern State, with installation and maintenance carried out by local companies to build national capacity

The impact has been significant. Across 11 surveyed farms over two years, land under cultivation increased 47%, food and cash crop production grew from a total of 161 tons to 237 tons (47%), high-value crops (i.e. cotton, watermelon) were expanded or introduced, and fuel savings averaged 960 litres ($108) of subsidised diesel per acre per season

Improvements through the solar for agriculture drive were particularly noticeable in the drier summer months, when farmers must purchase more fuel to pump more water, with land under cultivation increasing 87%

By 2022, UNDP and GEF intend to have an additional 1,440 solar-powered water pumps in farms in Northern State, with KOICA supporting an additional 450 in River Nile State

Other partners provided extensive technical support, including the Ministries of Irrigation & Water Resources, Agriculture & Natural Resources, and Energy & Mining, the Higher Council for Environment and Natural Resources, the National Energy Research Centre, and the Sudan Standards and Metrology Organization

PreviousWhat is the Future for Smart Cities After Covid-19?
Next Tunisia’s 70 MW PV Tender Concludes With Lowest Bid of USD 0.044/kWh