In the design, two tubes are inflated parallel to each other. A steel frame with a width of 4.5 meters is attached between them, to which the modules are fitted. Over the length of the tube, 24 PV modules can be added. Unlike the prototype, where only four pairs of tubes were installed, 25 pairs of tubes are to be connected to form an island.

Two such islands next to each other will then form a block of one-megawatt power, with the power electronics on board. The dimensions of a one-megawatt block would be 80 meters in length and up to 108 meters in width. On one half of such a block, 2,708 square meters of module area would come to 4,320 square meters of gross area. This corresponds to a space utilization factor of around 63%.

In an interview with pv magazine, Markus Balz, managing director of the sbp Sonne office said that they have designed the first floating system optimized for bifacial PV modules. This is because a light-colored membrane layer with an albedo value of over 0.6 is stretched underneath the steel frame, meaning that 60% of the light is reflected by the membrane.

For comparison, 0.8 is roughly equivalent to the albedo value of freshly fallen snow. Water surfaces usually have an albedo value of 0.1 and are therefore not really suitable for the use of bifacial modules. To ensure that the membrane also receives enough direct sunlight, sbp Sonne chose the spacing between the modules at an optimal ratio of 50 millimeters. “We had to give the modules some spacing so they wouldn’t collide with each other in bad weather,” Balz explained. “That’s when we optimized the spacing between the modules right away for use with bifacial modules.” 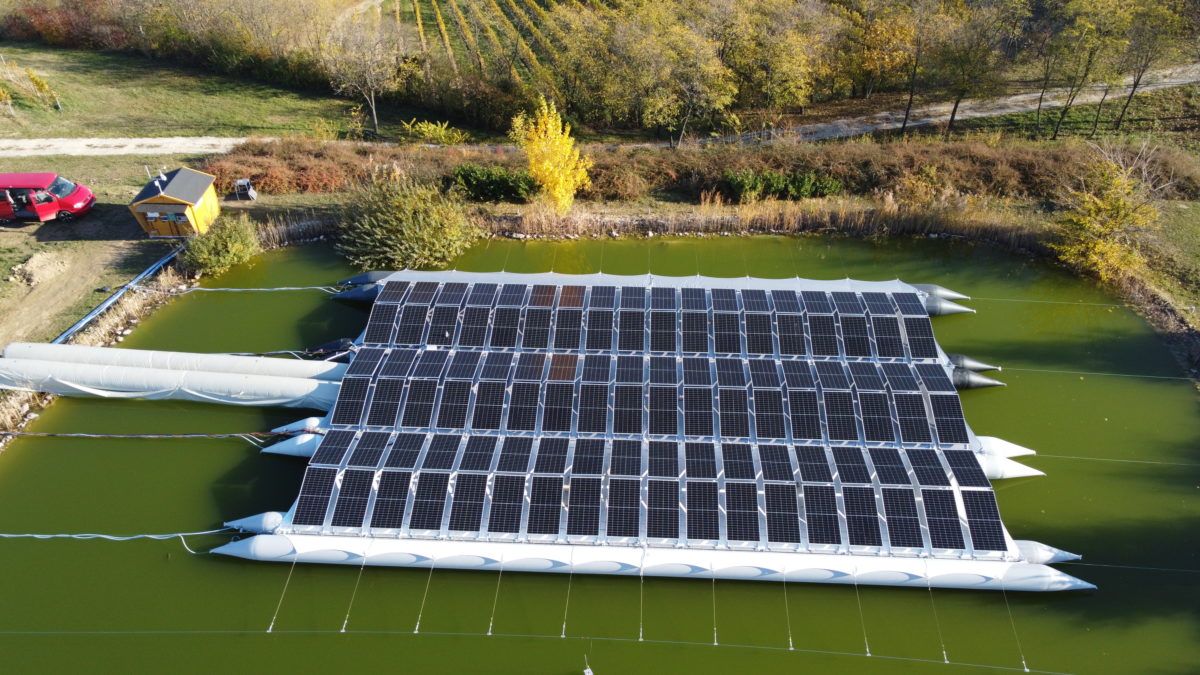 Transport can also be improved with the inflatable system. Logistics are quite expensive with floats made of blow-molded plastic, as they take up a lot of space. The inflatable tubes, on the other hand, can be folded up. This allows floating photovoltaic construction material to be transported in a shipping container for three times the capacity of a conventional system. The tubes are also said to offer better protection from waves and wind. Because of the elongated shape, the tubes can partially conform to the shape of the waves, compensating for some of the movement. In addition, this hull shape provides less surface area to attack than small-scale rectangular systems, so anchors and mooring can be sized somewhat smaller.

If the waters were calm, only a few millibars would be pumped into the tubes. Since these are very large, they would still appear hard to humans. When the forces of nature become much more noticeable and the wind picks up, the tubes can be inflated to higher pressures via integrated pumps. The increased pressure, however, results in a very high rigidity of the system, he said. “Similar to a single-axis tracker, we also want to increase the stiffness of the floating system when the wind loads become greater,” Balz continued. By making the pressure in the tubes adaptive, the material can be spared from premature wear, when the weather does not demand particularly high stiffness.

A weather station on board the system monitors wind speed and wave action and can thus autonomously decide whether to inflate the tubes. Since the system inflates itself in case of danger and the prototype was built near the membrane manufacturer’s site in Hungary, sbp Sonne named its system “Gömbhal” – Hungarian for pufferfish.

Should air ever escape from one of the tubes, they would initially be protected by an adjacent parallel tube. Should all the air escape from a double tube, the system would still be buoyant, Balz said. At the 50-kilowatt pilot plant in Hungary, air has already been let out of one of the tubes to exchange it while the plant was floating on the water. The test worked flawlessly, he said.

Over the next year, the engineers plan to collect data. To do that, all sorts of sensors have been attached to the system. This is to determine whether the assumptions about the increased bifaciality also correspond to real-world conditions. The engineers at sbp are already confident about the static properties of the system and say that nothing stands in the way of commercial sales of these systems. According to Balz, the company is already in talks with the first project developers and EPC companies but is also open to other interested parties

Solar PV mounting structures will be a hot topic at Africa Energy Indaba, happening next year in March. Register to attend HERE 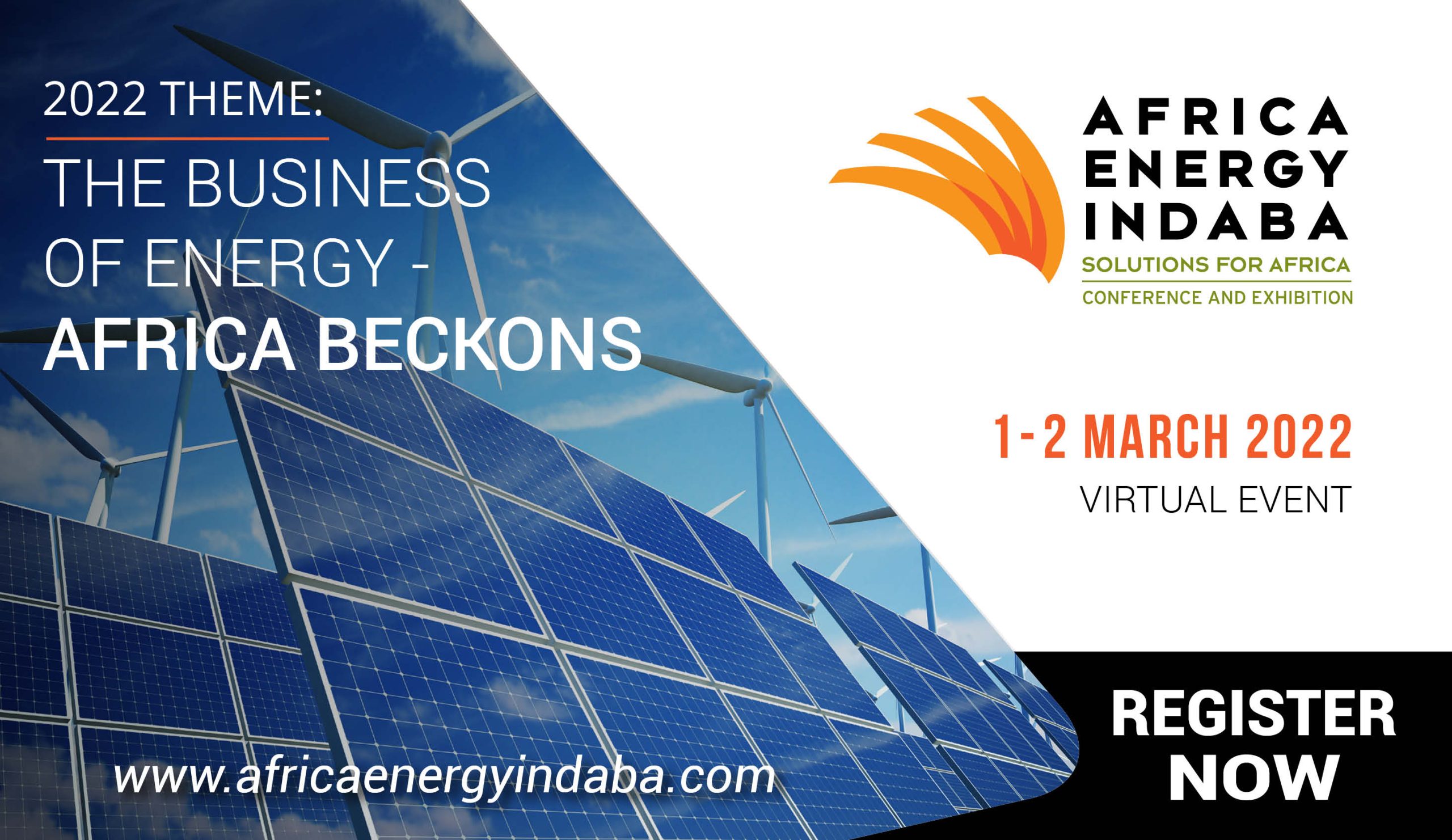 PreviousEskom: Failure of a Generation Unit Each at Kusile, Medupi and Arnot Triggers Stage 2 Loadshedding
Next JinkoSolar Amplifies the n-type TOPCon Advantages