You are at:Home»Headline News»Pioneering Wind Powered Car Transport Ship Will Soon be a Reality

In line with this strategy, Wallenius Marine and KNUD E. HANSEN has signed an agreement that KNUD E. HANSEN will join the project of designing the world’s first wind-powered RoRo vessel, as Naval Architects. 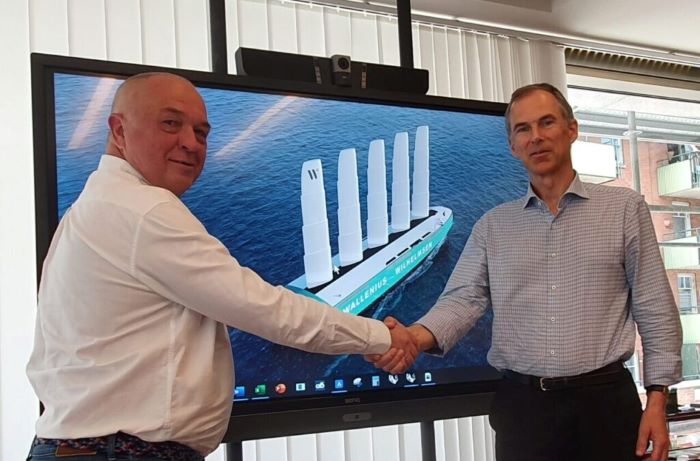 The pioneering vessel called Orcelle Wind, will use wind as the main form of propulsion and operate at speeds of 10-12 knots under sail that can be increased with the supplemental power system. This will reduce emissions by as much as 90 percent compared to a conventional car transport vessel. The ship will have the capacity to carry 7000 cars along with breakbulk and rolling equipment.

Orcelle Wind is the first vessel from the Oceanbird concept and is one of the alternative paths Wallenius Wilhelmsen is looking into. The group is headquartered in Oslo, Norway with 8,200 employees in 29 countries worldwide. The company operates over 130 vessels servicing 16 trade routes to six continents, and a global inland distribution network, processing centres, and marine terminals all over the world.