You are at:Home»Headline News»New Material Made From Crop Waste Could Rewrite the Rules for Solar Power

It sounds like something out of science fiction: a new material made from waste that captures the sun’s ultraviolet rays and converts them into renewable energy.

But AuREUS, the brainchild of Filipino engineering student Carvey Ehren Maigue, is science fact and has already won its inventor a sustainability award from the James Dyson Foundation.

Made from fruit and vegetable waste, the material uses naturally occurring luminescent particles which capture ultraviolet rays and then emit the energy as visible light. Combined with photovoltaic (PV) cells, they can generate solar power, even on cloudy days.

The particles are embedded in a flexible resin which can be shaped to the outside of buildings, electric cars and even boats. Maigue built a prototype in his apartment while studying at Mapua University and it generated enough electricity to charge two phones, EuroNews reported.

Due to the internal reflectance of AuREUS, the material emits visible light along its edges which means it can be used to create electricity-generating windows using PV cells set around the window frame.

As well as food waste, AuREUS uses crops damaged by tropical storms. “We upcycle the crops of the farmers that were hit by natural disasters, such as typhoons, which also happen to be an effect of climate change,” he told Dyson Newsroom.

So far he has used nine local crops which are crushed to extract juice from which the naturally luminescent particles are extracted, before being mixed into a mouldable resin.

Maigue says his invention increases solar energy harvesting density tenfold and opens the way for any building to become its own solar power farm by using AuREUS solar panels as its windows. 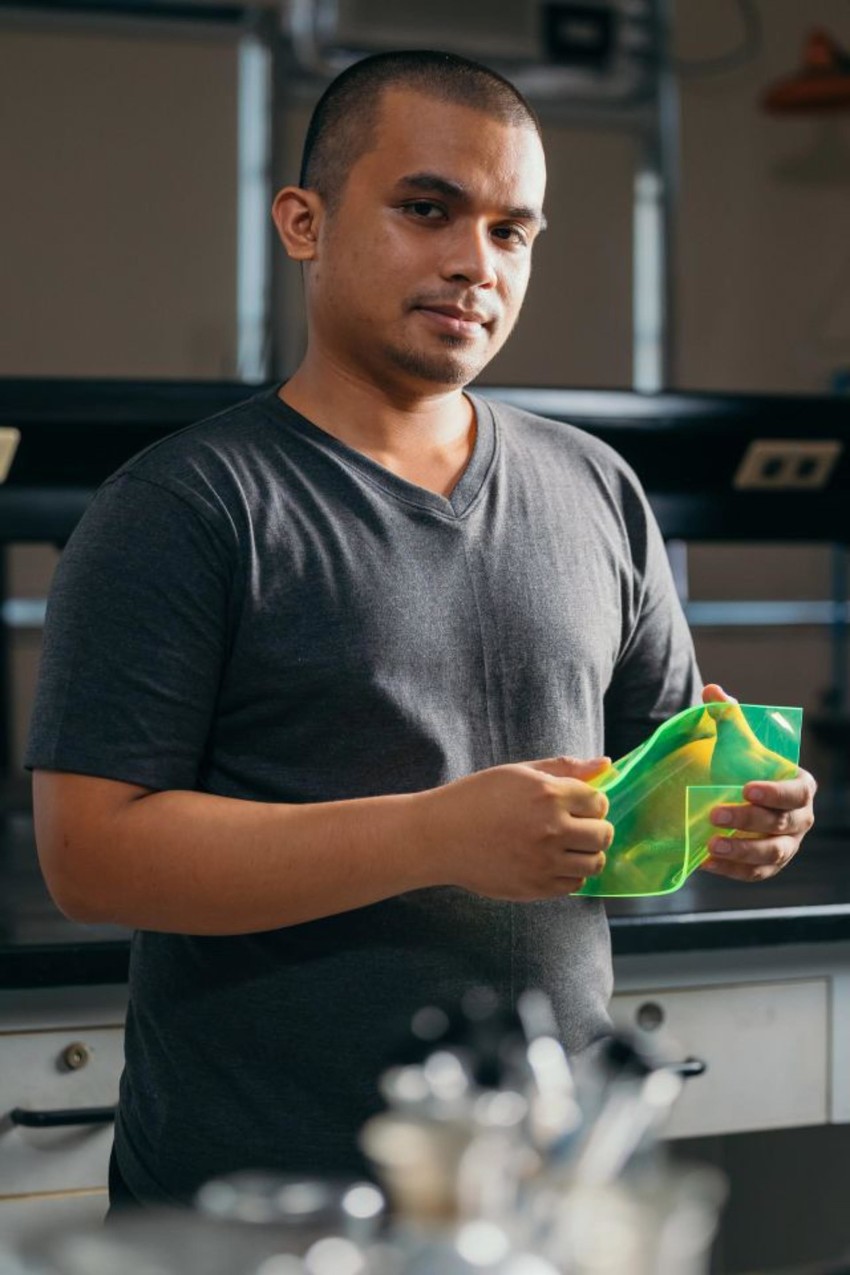 “AuREUS has the chance to bring solar energy capture closer to people. In the same way computers were only used by the government or the military and now the same technology is in our smartphones, I want solar energy harvesting to be more accessible,” Maigue told Dyson Newsroom.

His invention is further proof that the ‘circular economy’ can create a more sustainable world and help tackle climate change. Even the internal combustion engine, seen by many as the enemy of the environment, can be made less polluting by using upcycled materials.

The company is one of the pioneers of a technique to break down waste plastic into its componentchemicals by a process known as liquefaction. By adding in recycled oils and fats, Neste has created a sustainable material from which new plastics can be made. 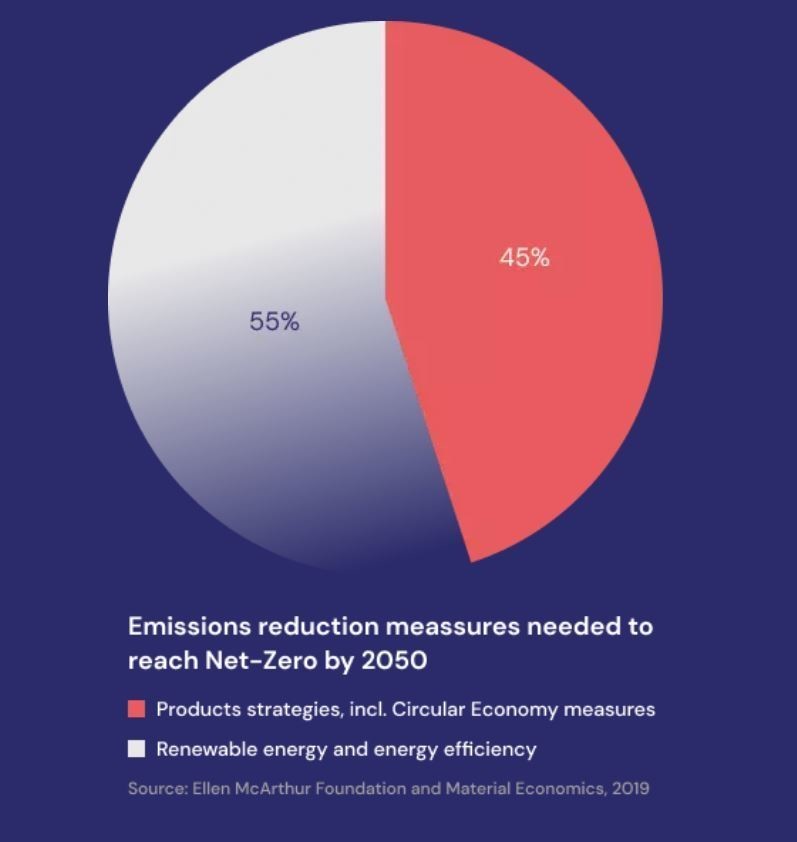 45% of emissions reduction measures will need to come from recycling, upcycling and reuse. Image credit: WEF

The World Economic Forum says that the 92 billion tonnes of raw materials extracted from the Earth every year contribute about half of total global greenhouse gas emissions. Data compiled for the Forum’s Circular Economy for Net-Zero Industry Transition initiative suggests that 45% of the emissions reduction measures needed to achieve net-zero carbon by 2050 will have to come from product strategies like reuse, recycling and upcycling.

This article was originally published by the World Economic Forum and is republished under the Creative Commons licence.