In a statement through the London Stock Exchange, the company reveals that preliminary studies have confirmed that the site has favourable solar conditions and access to Mozambique’s electricity grid.

Ncondezi argues that a solar project is feasible without compromising the delivery of the company’s main project, which is a 300MW power station using coal from its open cast mine. 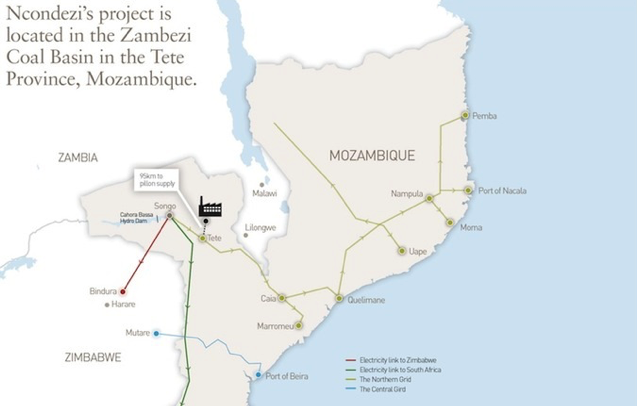 Ncondezi’s Chief Executive Officer, Hanno Pengilly, explains that the company is continuing to work with its strategic partner, China Machinery Engineering Corporation, on financing the main project. However, he adds that “preliminary study work has confirmed that the project site area has strong potential for a solar project plus battery storage with good solar conditions and multiple access points to the Mozambique grid. Given the large project concession area, the solar project would be deliverable without compromising the main project”.

According to the company, the main project will “provide 300 megawatts of reliable and available power, helping to close the infrastructure gap of the region and serving as a catalyst for economic development”. It adds that the electricity will provide baseload energy to mitigate drought and other phenomena that cause renewable energy output to be intermittent.

Ncondezi highlights the company’s role in meeting the Mozambican government’s energy strategy of providing universal electricity access by 2030. It stresses that the coal fired power plant “will be designed to be equipped with state-of-the-art emissions control technologies that will reduce local air pollutants, minimising the plant’s impact on the environment and ensuring its compliance with the most stringent emission standards”.