You are at:Home»Headline News»Loadshedding: Why Mini-Grids are the Answer and Why South Africa Doesn’t Have Them (yet)

“Mini grids could very quickly sort out a lot of the biggest challenges that South Africa is having with its energy supply at the moment” says Dr Sam Duby, Africa Director for TFE Energy and mini grid expert.

He adds: “deregulation would open a market for people to produce power and sell power and that would revolutionise the energy landscape in South Africa. Technically it wouldn’t be a difficult or complex thing to do; there are plenty of precedents around the world where it has worked really well.”

Mini grids have become increasingly important on the continent and are being built at a rapid rate with more than 2000 mini grids currently across Africa. Says Dr Duby: “it’s a combination of people waking up to the fact that it is the only realistic solution for remote and rural electrification, combined with the ever falling costs of the technology that make it increasingly viable.

At the same time you have got governments starting to see precedents, starting to see regulations and policy landscapes that have worked and are not quite so scared of it as a route. Slowly the regulation side is easing and as a result the sector is growing. This is also echoed by an increase in investment, both from the donor community as well as the private community. Mini grids are hugely important now and ever more so going forward.”

The biggest challenge is South Africa’s regulated energy market, he explains: “in the context of what is happening in South Africa’s energy landscape now, the recently rolling blackouts and huge amounts of pressure on the ageing supply, the generators.”

“Effectively,” says Dr Duby, “if we had more of a deregulated market and people were allowed to build their own power sources, whether it is a vineyard with solar panels on the roof, and to feed any surplus into the grid, you would have these decentralised nodes of generation, all of which were feeding into the grid. This means we wouldn’t be so reliant on what currently are just a few sources of energy.”

“So whole communities and towns could become 100% energy independent. Interestingly, if you look at mini grids in poor parts of sub-Saharan Africa, they are isolated nodes of generation and supply. You can imagine as that grows, these nodes linking together to create a mesh if you like. And that is an incredibly robust, resilient framework for energy infrastructure anywhere. Creating a market for independently produced energy would also very quickly incentivise and unlock investment into the space. As more projects were built and generation capacity added, you would also very quickly get more system resilience. Blackouts really could be a thing of the past.“

Dr Duby says there are a number of examples of governments in Africa taking heed of the mounting evidence and adopting progressive policy frameworks to support the off-grid industry. “The country receiving the most attention at the moment is Nigeria. Unusually, Nigeria has detailed legislation dedicated to micro grids and is largely supportive of the sector. As such, a number of large donor projects are being rolled out there. Of particular interest is the Nigeria Electrification Project being supported by the World Bank which, in an effort to experiment with scale is tendering out minimum lots of 50 sites. This, it is believed, will allow developers to bring down unit costs and access new tiers of finance.” Another example is Togo.

At the upcoming African Utility Week and POWERGEN Africa in Cape Town from 14-16 May, Dr Duby will address the Energy Revolution Africa conference session on a recent, long awaited breakthrough in the African micro grid industry: “In February this year, I was part of a meeting in Nairobi of a group of sector leading practitioners, progressive donors, industry representatives and international think tanks to lay the foundations of a framework to pool and share data. This development might prove to be one of the most important levers to remove some of the stubborn barriers in the way of this industry reaching the scale it needs to connect the 1 billion people still living without electricity.”

“South Africa’s national grid, when operating optimally, currently supplies electricity access to approximately 85% of South Africans” says  Nicolette Pombo-van Zyl, editor of ESI Africa, a leading energy industry journal. She adds: “through the implementation of mini grids, which are essentially a smaller version of the main grid, the country can reach an enviable 100% energy access rate.“

“The idea is not to go off grid” says the ESI Africa editor, “but to develop mini grids that tie into the main grid. Regulation and policy must be amended to accommodate this transition, which is feasible for both rural electrification projects and for municipalities and metropolitans to attract business development and a rising middle class through the offer of reliable and affordable power. A mini grid model working in conjunction with the national grid is a workable future for South Africa.” 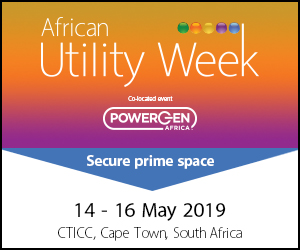