You are at:Home»Headline News»Large Green Hydrogen Plant for Industrial Use Commissioned in Spain

With an investment of 150 million euros, the green hydrogen produced there will supply the nearby Fertiberia’s ammonia plant. Fertiberia has updated and modified their plant to use the green hydrogen produced to manufacture green fertilisers. Thanks to this technology, it will be able to reduce natural gas requirements at the plant by over 10 % and will be the first European company in the sector to develop expertise in large-scale green ammonia generation. 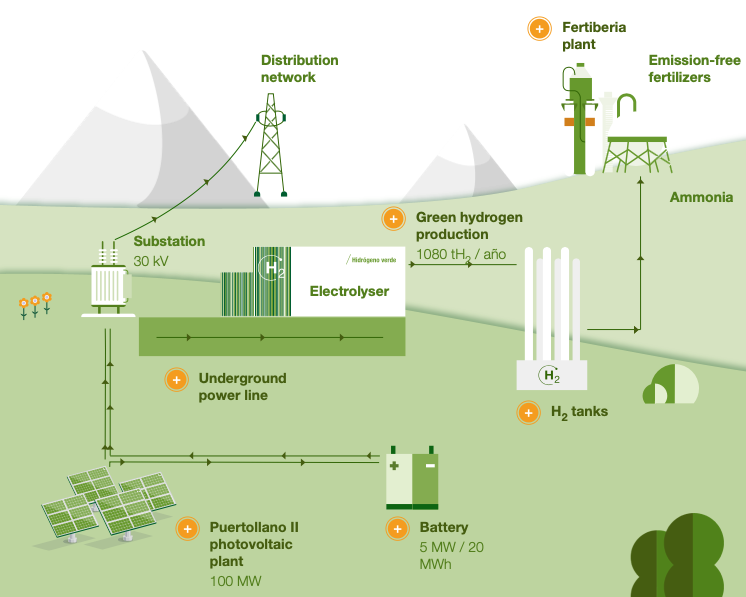 The plant was developed in the municipality of Puertollano. Iberdrola selected the European company Nel Hydrogen Electrolyser — a division of Nel ASA — as its preferred supplier for the construction of the hydrogen production system by electrolysis, which will be based on its Proton PEM® solution.