“The rush of new emissions goals gave a fillip to the first day of the climate summit, held on Earth Day, and there were promises of action from the world leaders who logged in. Even President Jair Bolsonaro of Brazil, who a few years ago had talked about withdrawing from the Paris agreement, pledged that his country would reach emissions neutrality by 2050.”

Crooks added that many participants also pursued their own national agendas. That was true of the host, President Biden, who focused much of his statement on his hopes that the transition to low-carbon energy will boost the US economy and create millions of good jobs. 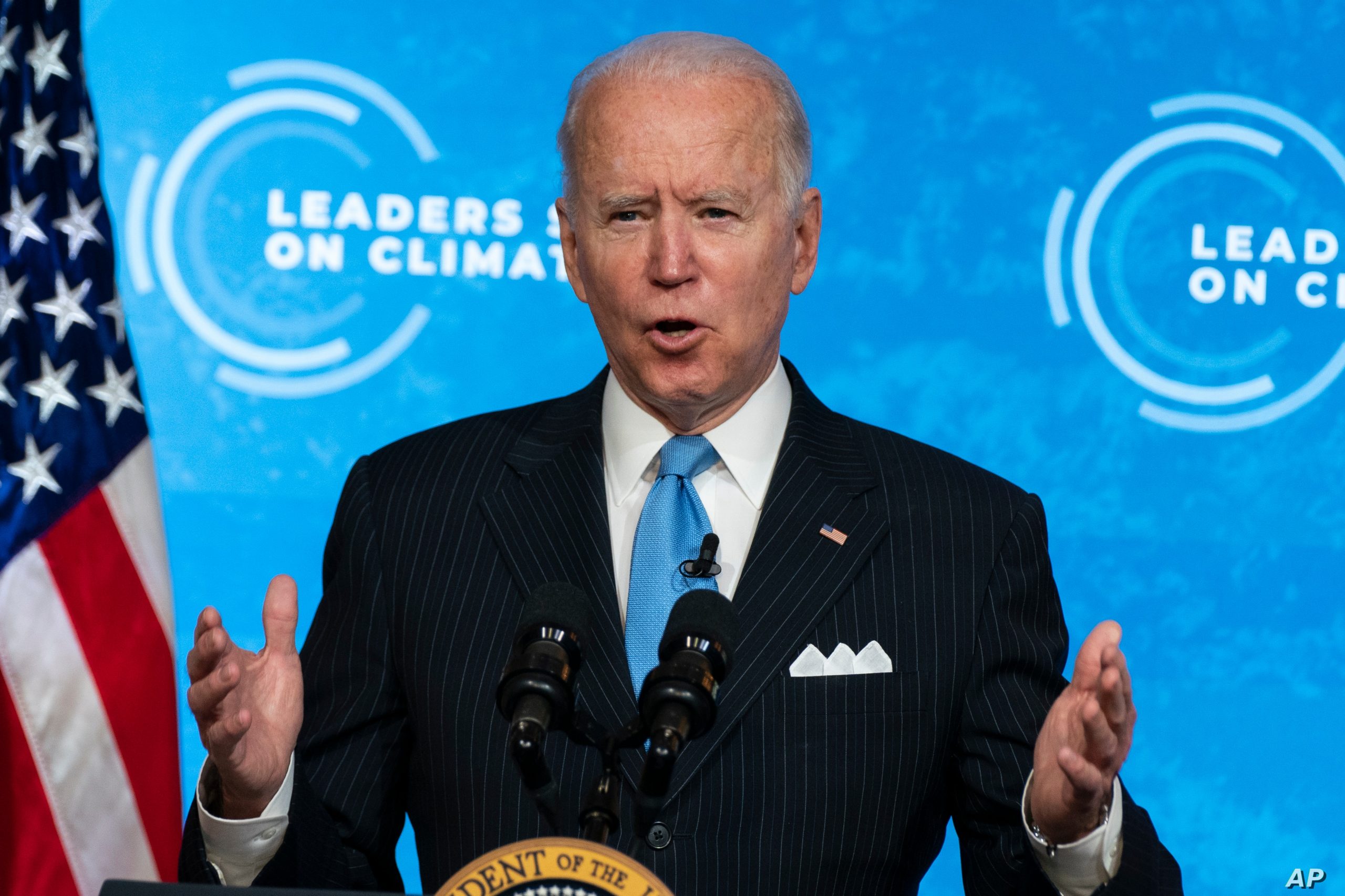 President Biden speaking on Thursday during a virtual summit on climate change from the East Room of the White House. Image credit: APF

President Xi Jinping of China also addressed national concerns, telling rich countries they needed to do more to help developing countries strengthen their resilience against climate change, and urging them to ‘refrain from creating green trade barriers’ such as carbon tariffs.

“He did not raise the ambition of China’s previously announced emissions goals: a peak by 2030 and net zero by 2060. He pointed out that the period between peak emissions and net zero was expected to be significantly shorter for China than for many developed countries, and said the goal ‘requires extraordinarily hard efforts from China’, an assessment that is broadly shared by Wood Mackenzie’s analysts,” Crooks said.

John Kerry, President Biden’s special envoy for climate, made a critical point when he suggested the key to sustaining emissions was getting the private sector to buy into that agenda.

Kerry told delegates no politician in the future could stop the trillions of dollars that will head into the new marketplace for low-carbon energy, adding that no one, no matter how demagogic or how potent and capable they are, is going to be able to change what that market is doing.

Crooks added: “Kerry also made an important observation about the technologies that will be needed to stabilise global temperatures. Even if the world does manage to reach net zero emissions by around 2050, the greenhouse gases already in the atmosphere mean the globe will continue to warm. To limit that impact, we still need to get carbon dioxide out of the atmosphere.

“There are many proposals for negative emissions technologies, and some are well advanced. Unlike solar and wind power, or EVs, Direct Air Capture (DAC) of carbon dioxide is unlikely to appeal to the private sector at a large scale.

“The amount of carbon dioxide that would need to be removed from the atmosphere to offset human emissions is much greater than the amount we currently have uses for. Putting a hefty price on carbon looks like the only way to make DAC commercially viable, and that is something that only a government can do.”