You are at:Home»Headline News»JA Solar to Expand Production Capacity by 14GW

According to the management, the addition of this new capacity will not only increase the supply of high efficiency products in the market, helping it increase its market share and profitability, but also provide it certainty of raw material supply.

In a stock exchange filing, JA Solar said the expansion will comprise 10 GW solar module and auxiliary production capacity at Yiwu in China’s Central Zhejiang province, which is expected to cost an investment worth RMB 688 million ($108 million). It plans to establish a new project company to carry out the investment over a period of 10 months.

Another 2.5 GW will be accommodated at Vietnam’s Bac Giang province in the form of wafer and slicing capacity for RMB 1.2 billion ($189 million) through the company’s wholly owned subsidiary JA Solar Vietnam Company Limited. Project construction and completion is expected to take around 12.5 months. 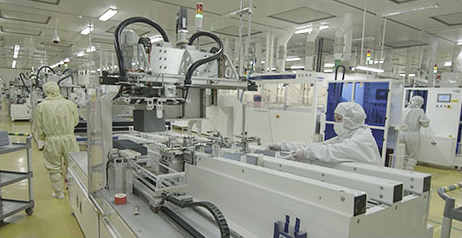 JA Solar has no less than 12 state of the art manufacturing facilities. Image credit: JA Solar

It expects to incur RMB 370 million ($58 million) to bring online 1.3 GW high efficiency solar cell capacity at Ningjin county in Shandong province of China. Project scope will be to renovate and upgrade the existing facility, purchase production equipment and forma high-end project with an annual output of 1.3 GW which should take 7 months.