You are at:Home»Headline News»Italy Signs Gas Supply Deals With Angola and Republic of Congo

The deal with Angola will increase Italy’s gas purchases and encourage joint projects that will include renewables and liquefied natural gas, according to a statement released by the Italian government. Italian Foreign Minister Luigi Di Maio and Energy Minister Roberto Cingolani traveled to the southern African nation to finalise the deals last week. 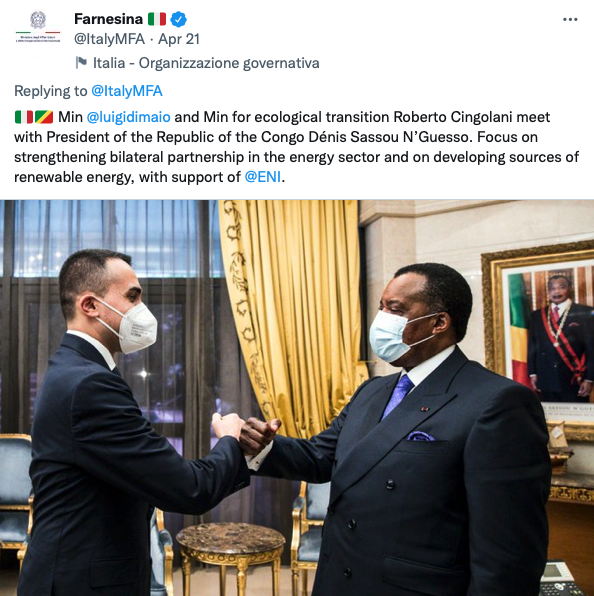 Eni subsequently agreed to increase gas production in the Republic of Congo and to develop an LNG project with a capacity of more than 4.5 billion cubic meters a year, according to a statement Thursday.

Italy currently gets about 40% of its gas from Russia, and Draghi has acted quickly to try to replace that supply with flows from elsewhere since President Vladimir Putin ordered the invasion of Ukraine in February.

Eni last week signed a major deal with Algeria that will see the North African country provide an additional 9 billion cubic meters of gas a year by 2023-2024 — and potentially become Italy’s top supplier. The company also struck an agreement with Egypt to increase flows of LNG to Italy.

“Diversification is possible and feasible relatively quickly, shorter than we imagined just a month ago,” Draghi said in an interview with Corriere della Sera on Sunday.