While companies such as Toyota and Daimler have been developing hydrogen-fueled cars for years, and in France the number of hydrogen buses used by local authorities is rising, major hydrogen companies have never considered bicycles as suitable for the fuel. 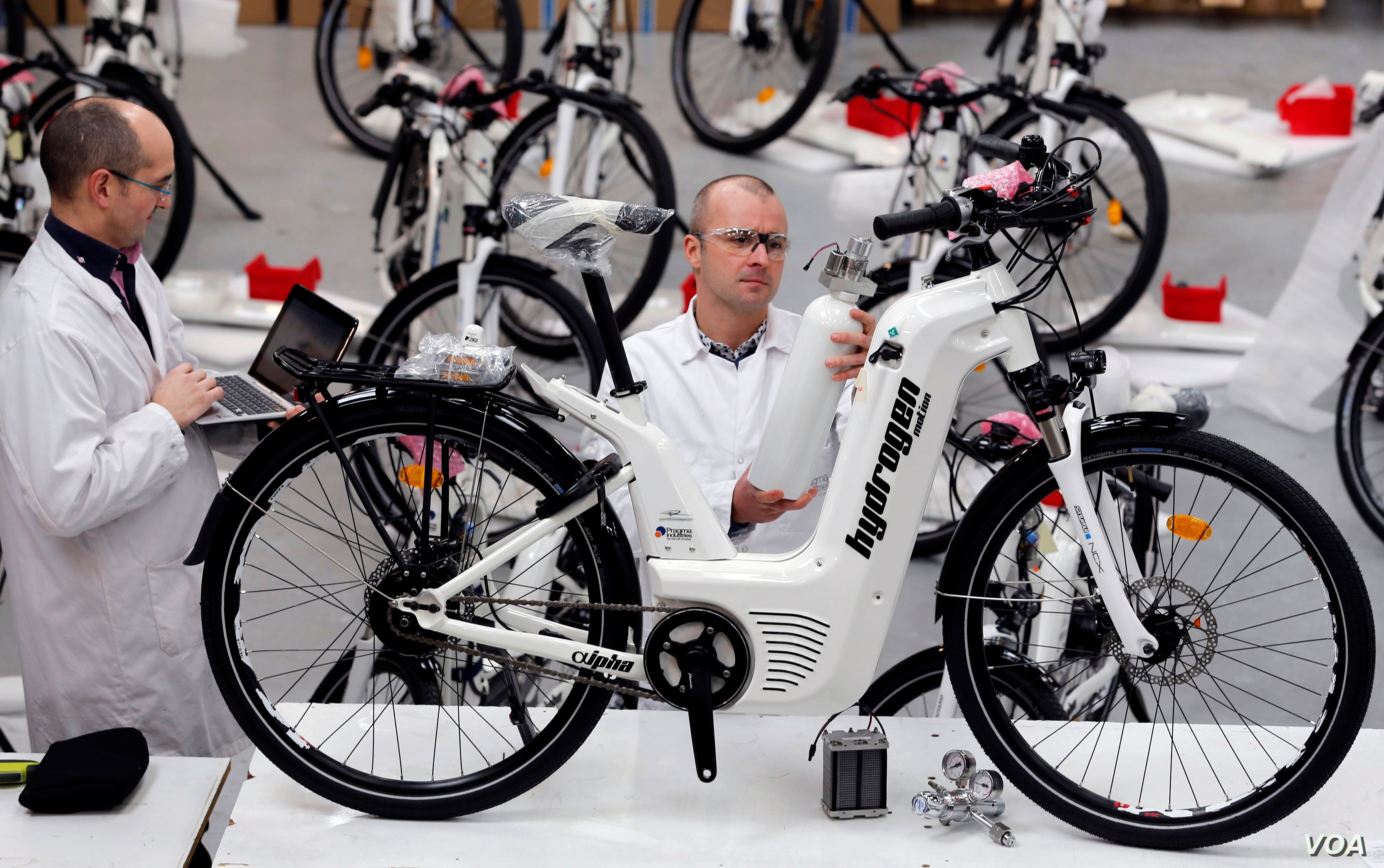 “It would be more difficult to make the system compact enough on a scooter,” Forté told pv magazine. “The gravimetric density of hydrogen is excellent: 33 kWh/kg. The fuel cell is more compact than an engine of recent construction but it is the hydrogen tank that takes up space. Auxiliary components such as power electronics have come a long way in recent years.”

The bike can travel 150km without rider assistance, much further than an electric bike using lithium-ion batteries, which can only clock around 50km. The bike weighs 29kg, with its hydrogen system approaching 7kg, the same weight as an electric battery of equivalent capacity. The next model is expected to be lighter, at 25kg, and to boast a longer range.

“The advantage of the hydrogen technology is that it is possible to increase the available energy by 30% by adding only 600 grams to the system whereas, for the same power on an electric bike, it would take 2 kg of additional battery,” said Forté. A larger tank is all that is required for better performance – the size of the battery and auxiliary components remains the same. “The increase in autonomy does not imply a linear increase in the size of the system as an electric battery would do,” said the CEO.

Forté sees his product having a strong environmental impact as ‘proximity trips’ by car, such as to work or school, represent almost a quarter of fuel emissions in France. The Pragma Industries founder says hydrogen can have a more beneficial impact on electromobility than lithium-ion storage because its carbon footprint is lower. From construction to dismantling, the hydrogen system could even have zero impact on CO2 emissions. That is the goal of Pragma Industries said Forté, adding: “It will be possible in four or five years.” 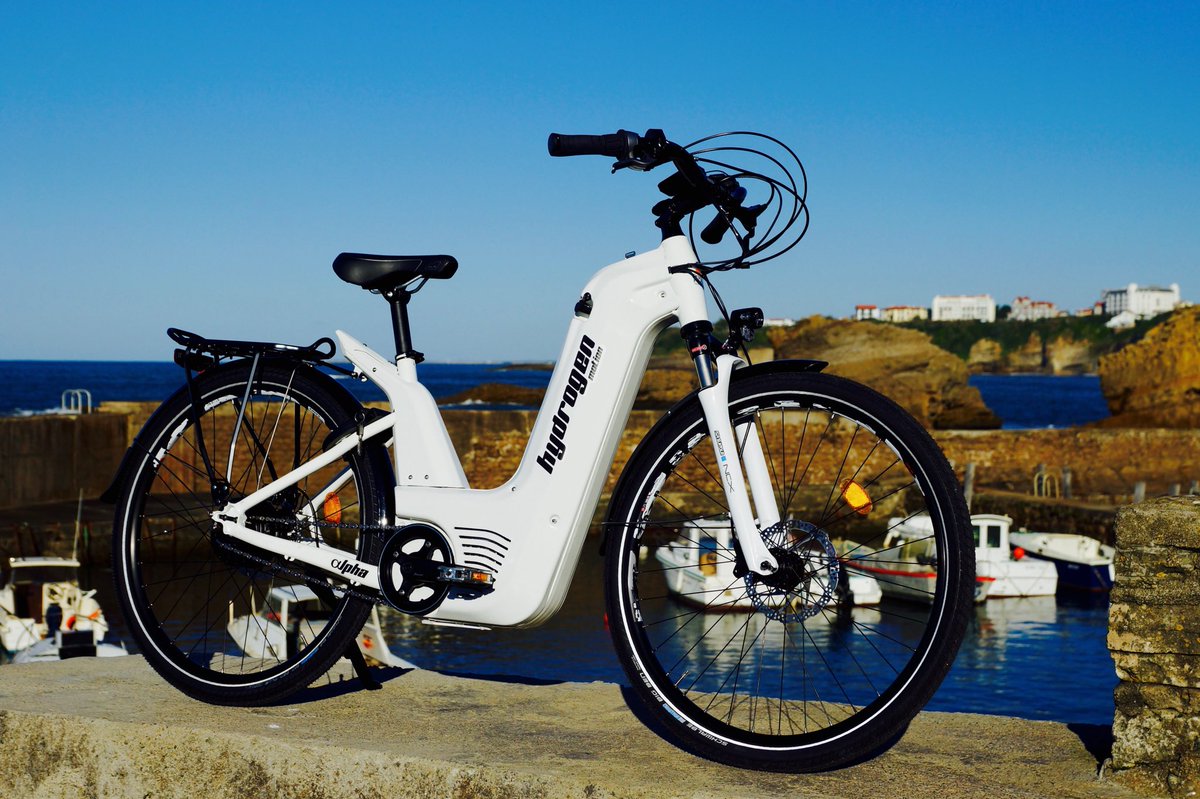 The hydrogen used in the bicycles is ‘green’ as it is obtained by electrolysis fueled by renewable energy. Although the fuel cell requires metals whose extraction has a strong toxicological impact on the environment, Forté added: “A lithium battery of 7kg, that represents five or 6kg of different metals. A fuel cell is only 0.3g of platinum which, in addition, is not mixed with other metals and can be recycled to 90%.”

The fuel cell would still be usable after 15-20 years and the tank has no life limit. After 15 years the fuel cell would not perform as well but could have other applications, such as in the construction of generators which it supplies to Bangladesh. “These generators are used to recharge laptops and require little power,” said the CEO. “Reusing batteries is the second mission of Pragma.”

That environmental approach also steers the company’s commercial strategy. Pragma Industries does not intend to sell its bicycles, it prefers to rent them for long periods, as is done with cars. At end of life, the bike would return to Pragma, which would be responsible for the revaluation and recycling of its components.

“The price of the bike is estimated at €7,000 but it does not make sense because we do not want to sell them,” stated the company. The proposed rental price would be around €50 per month.

Pragma says its bikes can be fully recharged in two minutes – versus 3-4 hours for lithium batteries – but conceded a charging network with points near enough owners would be required. “A charging station would be too expensive for an individual,” said Forté. “The bike must therefore be marketed in fleets, for communities or companies or in the form of shared bikes, like the Vélib [public bike sharing system]in Paris.”

It sounds like a business plan for northern Europe but Pragma is receiving large orders from developing countries. That is down to the state of grids in less wealthy nations, explained Forté. “The network is not stable, power cuts are common … and the car is not a common means of transportation in these areas,” he said.

In such markets the bike could also offer another useful application, as Forté added. “The bike can become a mobile generator: it would be simple for us, and inexpensive, to add additional functions,” said the CEO. “For example, residents could use a lamp to light up at night. It is then possible to give other vital functions to this bike for local use.”