You are at:Home»Headline News»How Can One Public Space Transform an Entire Neighborhood? UN-Habitat’s Model Street Initiative

Associated with crime, waste, and garbage, Dandora in Nairobi’s Eastlands is home to 140,000 or so residents. In an on-going collaboration, between local residents and youth groups, UN-Habitat, Making Cities Together Coalition, and the Dandora Transformation League, the Model Street project has been transforming the garbage-filled community spaces into waste-free, attractive, and engaging places. Focusing on improving the shared courtyard spaces of residential compounds, an annual competition led by the youth of the neighborhood, the Changing Faces Challenge, became an initiative mobilizing citizens across Nairobi. 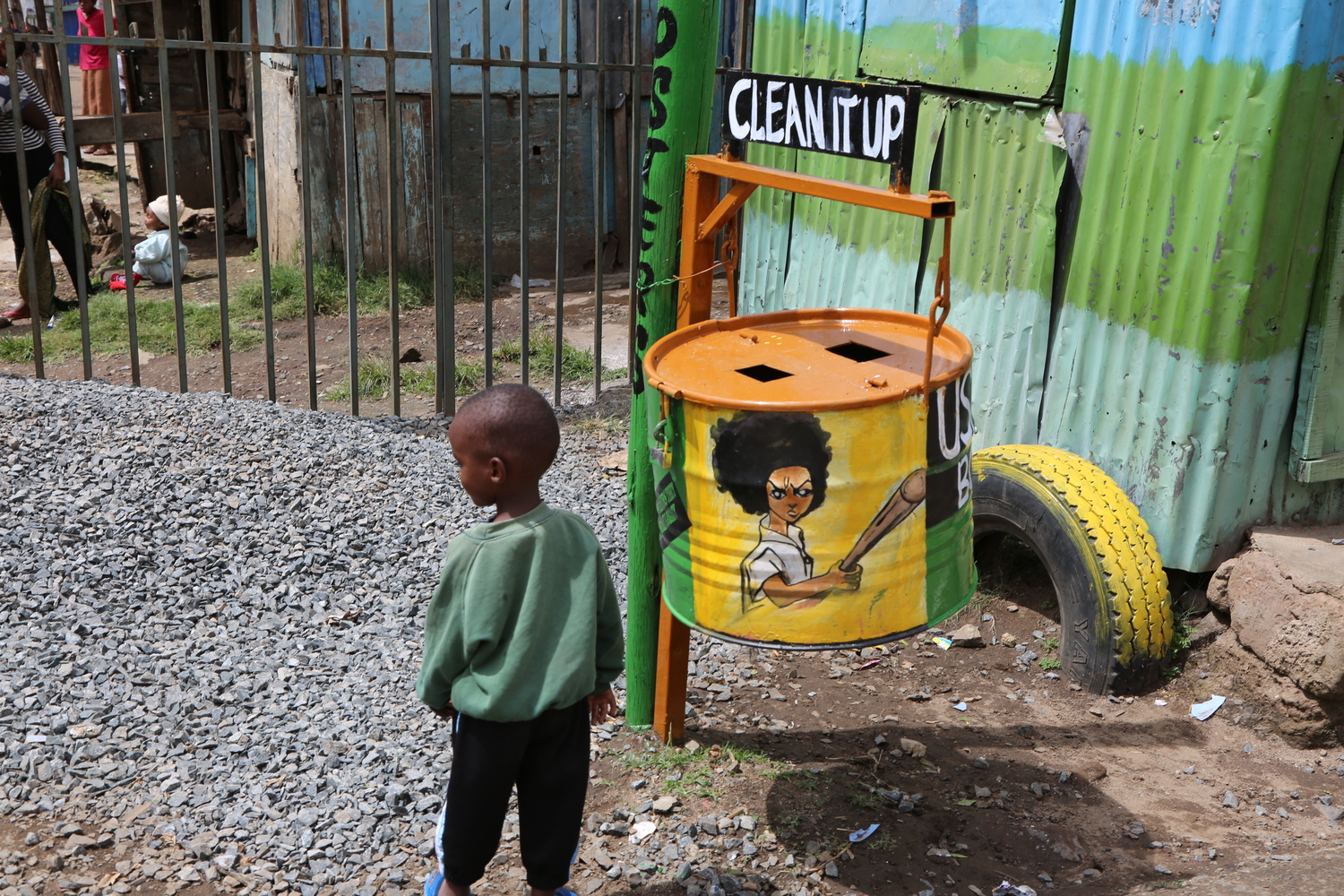 Dandora, built in the 1970s, with support of the World Bank, was initially a well-planned neighborhood in Nairobi, Kenya, before it gradually transformed into a slum, primarily due to poor management. It became known for its large dumpsite, the biggest in the country, and for its notorious criminal activities such as violence, drug abuse, rape, and prostitution. In order to reclaim the neighborhood, the first changes, consisting of cleaning, planting, opening up drainages, and painting facades, were started by a group of young people, many of which were initially involved in crime. In a short period of time, local retail activities increased, safety and security improved and stronger social cohesion was established.

Dandora is not a slum but an estate

Evolving into the “Dandora Transformation League”, these individuals have partnered up since 2015 with UN-Habitat Public Space Programme, Making Cities Together coalition of partners, and Nairobi City County Government to launch the Model Street initiative. Upgrading public space using collaborative and participatory processes, the program “has enabled easy access to the estate while allowing small scale road-side businesses to thrive […] It is an exemplar of how placemaking catalyzes unlikely alliances among grassroots groups, the private sector, local government, and other placemaking leaders to adapt, replicate and up-scale good practices from domestic to neighborhood level, and trigger an avalanche of community empowerment initiatives by various stakeholders”. A benchmark to guide future interventions, the project is an incremental process for community-led neighborhood regeneration.

As a first step to implement the Model Street, UN-Habitat and local partners organized a participatory design session using Minecraft, to collect the ideas, priorities, and aspirations of the community. The designs coming from this workshop were then translated into buildable architectural designs. On another hand, the community contributed about 10% of the project cost, in-kind, and included manual labor – clean ups, ground leveling, landscaping, and importantly, maintenance of the streetscape.

Specific results of the model street intervention include improved safety and security, livelihood opportunities, relationship with authorities, play opportunities for children as well as better drainage and environmental quality. Taking about eighteen months and done in co-creation with the local community – with youth and women providing labor, the phase II of the Model Street in Dandora, for example, saw a total of 25 trees planted, a total of 800m of a roadway paved, drainages cleared and opened, 13 waste receptacles installed and four Gateways constructed, giving a new identity to the street block.

Using public space and waste management as entry points to address neighborhood revitalization, the Model Street project highlights the value of inclusive urban planning that starts first at a micro-scale and that can be up-scaled and replicated in other areas. Finally, key contributing factors that encouraged individuals to transform both their own homes and their street and communities include: