According to the BPA, expansion works on the Dam’s switchyard has already been done to accommodate the additional energy that would be generated from the 297-hectare solar farm.

Mr. Peter Acheampong, the Renewable Energy Manager, BPA indicated as part of the BPA’s achievements within the renewable energy sector, a 1MW floating plant was also under construction on the Bui Reservoir, a project which would be the first of its kind in the West Africa sub-region.

Mr. Acheampong noted that the development of solar projects is in line with the government’s National Determined Contribution (NDC) towards the United Nation’s Framework Convention on Climate Change (UNFCC) where it strives to adopt innovative and sustainable technologies within the renewable energy sphere to meet its commitment to the agreement.

The government of the West African through the Ministry of Energy has outlined programs and policies that would assist in the achievement of the set target of the Sustainable Development Goals (SDGs) 13-Climate action.

“To achieve the set targets, the BPA, leaders in the renewable energy was given the mandate to develop renewable energy potentials within the Bui Enclave and the Western Rivers,” explained Acheampong. 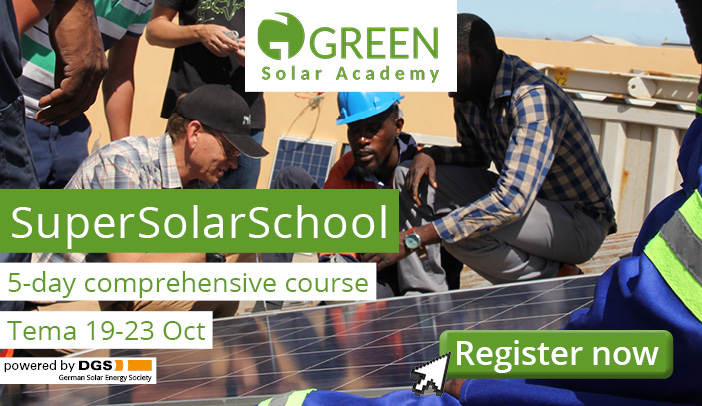