You are at:Home»Headline News»Ghana: How Activists Changed the Course of an Inner-city Project

In the face of rapid urbanisation, the existing infrastructure continues to be extensively overstretched. This includes markets, housing, water, sanitation, roads and power. To meet the growing demand for urban infrastructure and services, the central and city governments have implemented a number of urban regeneration projects.

These include market redevelopment, reconstruction of roads, bridges and interchanges, and redevelopment of drains. They have been designed to address pressing problems of urban infrastructural decay. But the projects have also had a negative impact on the socioeconomic activities of urban residents.

Ghana’s national urban policy states that city authorities must include citizens whenever urban development activities are being undertaken. The reality, however, is different. Participation of residents in the development process is limited. As a result, urban regeneration projects are often met with citizen resistance.

Previously, resistance mainly took the form of street demonstrations during the early phases of urban regeneration. But this yielded very little. Governments knew that if they survived the early resistance, subsequent phases would be free of contention.

Urban residents, however, have begun to devise new strategies to push through their concerns. A recent study I was involved in examined the redevelopment of the Central Market in Kumasi. Our findings demonstrate that things can be done differently.

The Central Market in Kumasi, and its adjoining Kejetia Lorry Terminal, were built in Ghana’s colonial era. Over the years, the market fell into a state of disrepair due to overcrowding. The inability of the market to accommodate new traders resulted in a spillover into the terminal and onto the streets.

In 2014, the local authority, the Kumasi Metropolitan Assembly, secured funding to redevelop the market. The aim was to expand the market infrastructure to provide trading spaces for existing traders and to admit new or street traders willing to secure space in the market.

This decision led to a drawn out confrontation between Kejetia trader activists and city authorities.

In our study we found that trader activists didn’t confine their collective action to the early phases of urban regeneration. Rather, they extended it to subsequent phases. They deployed multiple and simultaneous strategies of contention, subversion and self-governance to attract public attention and seek positive responses from city authorities.

They delivered a petition to the regional minister. They also picketed at the inauguration of a major amusement park in Kumasi, calling for the intervention of then President of Ghana, John Dramani Mahama.

The activists also ran a full scale media campaign. They made regular appearances on radio and television to counter the claims of the city authorities. They also organised press conferences and exploited social media to publicise their concerns.

They also made unconventional demands that required the collaboration of state institutions. One was for a written agreement which stated the compensation they were entitled to. This was based on the intervention of the paramount chief of the Asante, Otumfuo Osei Tutu II, and his Asanteman Traditional Council. The chief compelled city authorities to cooperate with Ghana’s Lands Commission to achieve this.

As the project progressed, the trader activists modified their strategy from contention to subversion. Subversion took the form of quiet encroachment. Traders abandoned allocated stores in the temporary markets to secure trading spaces around the wall of the ongoing construction work. This action led to an intensification of street trading in the metropolis; an act that is considered illegal. 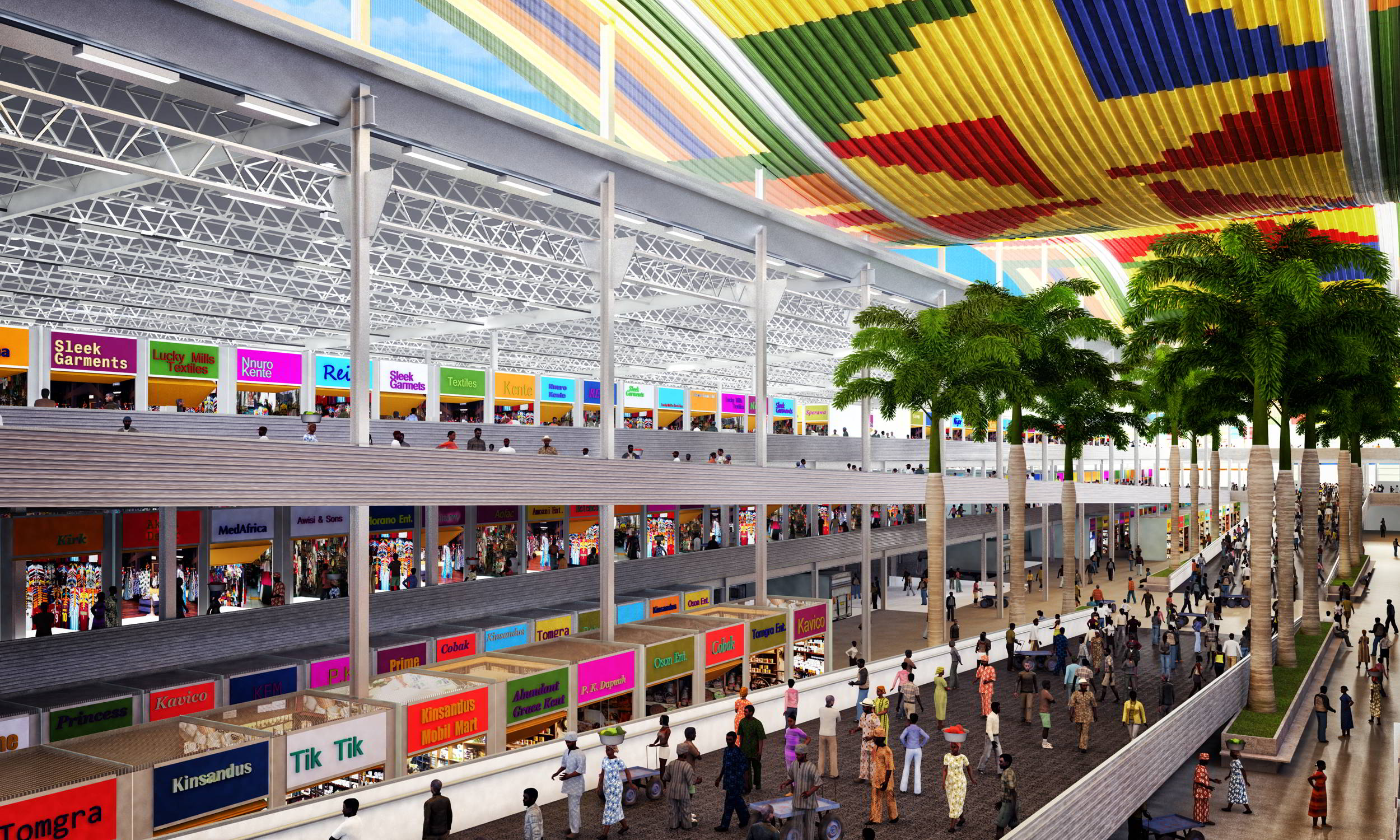 Pic: Rendering of The Central Market in Kumasi, Ghana.

More so, due to the activism of the Kejetia traders, the Otumfuo and his Asanteman council have assumed oversightof the market project to ensure that justice is served to all displaced traders.

Our findings suggest that governments in West Africa should pay more attention to the recent waves of activism among urban residents.

In many West African countries there is legal, ideological, and policy support for collaborative governance of urban development. What is lacking is implementation by governments.

For example, in Ghana the government recently repealed an old law, the Local Government Act, 1993, Act 426 with a new Act that dedicates eight sections to participatory governance at the local level. But not much has changed since the passage of this new law.

The Conversation is a South African publication funded by the National Research Foundation, eight universities, including the Cape Peninsula University of Technology, Rhodes University, Stellenbosch University and the Universities of Cape Town, Johannesburg, Kwa-Zulu Natal, Pretoria, and South Africa.