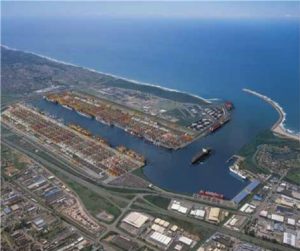 The two provincial governments have already signed three memoranda for the production of green hydrogen including:

The Minister also announced that the German ministry would be supporting the project with €12.5 million in funding.

“The German government through its H2Global initiative has created a sustainable aviation fuel market trading platform which is intended to provide funding to green hydrogen products globally. South Africa has the potential to become a global sustainable aviation fuel (SAF) hub due to our renewable endowment and Fisher-Tropsch technology capabilities. Sasol is working with a number of local and international partners on a pioneering sustainable aviation fuel project at the Sasol Secunda facility. Due to its catalytic nature and its potential to contribution to a just transition, the Investment and Infrastructure Office submitted a letter of support to H2Global for the Sasol Consortium’s SAF project,” Minister Gungubele said.

The Minister reiterated that as government continues its work to recover the economy, the development of green hydrogens remains a big frontier for the country.

“Green hydrogen is not only potentially catalytic for the Northern Cape but for South Africa as a whole. It represents a real reindustrialisation vector and a potential enabler of mineral beneficiation by coupling our mineral resource endowment with green energy,” he concluded.