Although Mozambique is not a large-scale exporter of natural gas as yet, latest figures from the GECF’s Global Gas Outlook 2050 places the southeast African nation of 30-million as the fifth largest exporter in the world by mid-century. The country has been looking to the 18-member coalition for spurring its nascent gas sector, previously joining high-level GECF Meetings on several occasions, including the 22nd GECF Ministerial Meeting presided by Algeria in November 2020.

In the first round of meetings, HE Hamel met with HE Ernesto Max Tonela, the Minister of Energy and Mineral Resources of Mozambique. He expressed his sympathy on the loss of life and property caused by the tropical storm Ana. HE Hamel underlined the remarkable potential of natural gas to Mozambique’s economic future and assured HE Tonela of unrelenting support of the GECF.

“We would be honoured and delighted to see Mozambique joining the Forum, as it becomes an LNG exporter by the end of this year,” stated HE Hamel to HE Tonela via videoconference.

Mozambique’s keenness in the GECF came under the spotlight again when HE Hamel paid a courtesy visit to the newly-established Embassy of Mozambique in Doha, Qatar, also on Wednesday. 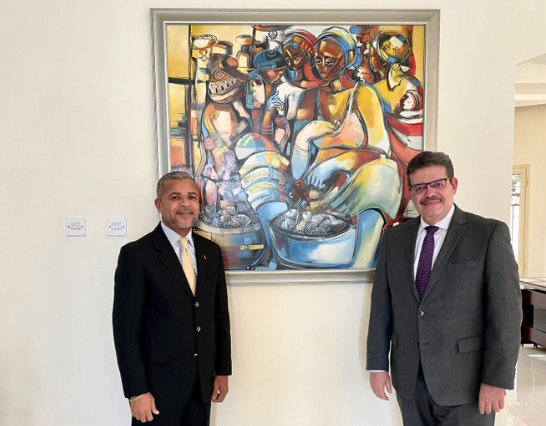 The meeting with HE Isac Mamudo Massamby, first-ever Ambassador of Mozambique to Qatar. Image credit: GECF

HE Hamel was received by HE Isac Mamudo Massamby, Ambassador Extraordinary and Plenipotentiary of Mozambique to the State of Qatar. HE Hamel congratulated HE Massamby, who officially took up his position as Mozambique’s first ever ambassador to Qatar in November 2021.

During the meeting, Ambassador Massamby informed HE Hamel on recent developments in Mozambique, notably in natural gas. He also said that Mozambique intends to send a high level delegation to join the 6th GECF Summit of Heads of State and Government, taking place in February 2022 in Doha, Qatar.