De Ruyter was speaking at the EnlitAfrica2022 conference in Cape Town on fast-forwarding the country’s transition to clean, greener energy. He said South Africa was at a critical juncture in its history as many of its power plants had come to the end of their intended life.

Although subsequent additions had to be made to the country’s energy infrastructure, he felt it would be remiss to “put a padlock on” those people and plants that had invested in the coal value chain over the years. According to a World Bank study he cited, close to 300 000 new jobs would be unlocked in the Mpumalanga coal belt region where most coal mines are located. The number of jobs provided would be more than the number of jobs lost.

De Ruyter said the private sector was “waiting in bated breath to invest” but an enabling regulatory dispensation would first have to be established if the energy transmission process was to remain just. The Just Energy Transition Partnership, which includes South Africa, Germany, France, the United States, the United Kingdom, and the European Union has pledged many billions of dollars to overseeing a fair transition process.

In terms of the restructuring of Eskom, currently, the single buyer, seller and provider, the energy giant would have to be unbundled into three separate arms that would deal with the generation, transmission, and distribution of energy separately. Suppliers would then operate in a traditional market of “willing buyer, willing seller”.

He said Eskom, the government and the National Energy Regulator of South Africa (NERSA) were working on an aggressive timeline which would open the floodgates for the inclusion of the private sector in energy transmission, possibly even by the end of the year. 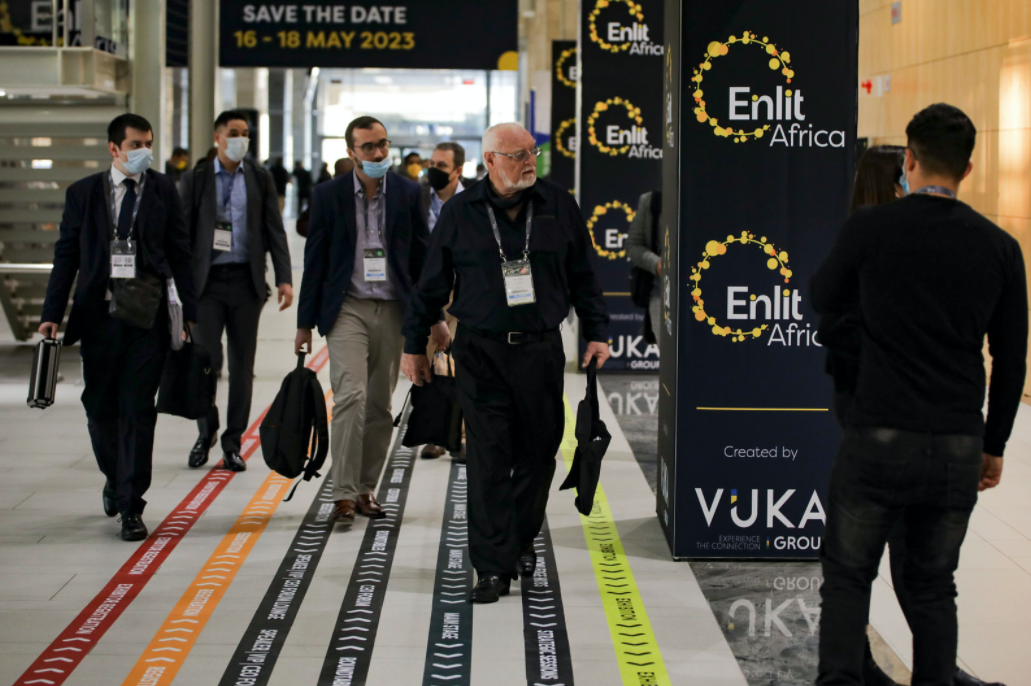 The Enlit Africa 2022 conference and exhibition was a tremendous success attracting attendees and exhibitors from far and wide on the Africa continent. There was something for everyone who is a stakeholder in Africa’s energy sector, both public and private. The event was well supported over the last three days and the organisers, the VUKA Group, look forward to making Enlit Africa 2023 even bigger and better!