You are at:Home»Headline News»Eskom Wins Judgment Against Municipality for R1.3 Billion Debt 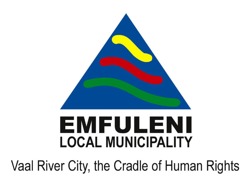 The Emfuleni Local Municipality, founded in 1999, is one of three local municipalities comprising the Sedibeng District in Gauteng, South Africa. It is the westernmost local municipality in the District, and covers an area of 987 km² at the heart of the Vaal Triangle. The municipality claims to be the ‘cradle of human rights’

To date, Emfuleni’s total debt stands at a staggering R3.5 billion including the current account bill of R385 million due today, 2 September 2021. “The current summary judgement provides us with several options to recover the debt owed to us. We could attach and transfer Emfuleni’s electricity infrastructure which comprises their electricity substations and power lines, and offset the value of the infrastructure against the judgment debt and/or attach known electricity revenue streams of the municipality by way of garnishee-type of orders”, says Daphne Mokwena, Senior Manager for Customer Services in Gauteng.

“We would like to thank and commend the Gauteng municipalities with good payment records, which are City of Johannesburg (City Power), Midvaal Local Municipality and Lesedi Local Municipality for consistently honouring their payment obligations on time”, concluded Mokwena.