You are at:Home»Headline News»Eskom Confirms Evidence Points to Act of Sabotage at Lethabo Power Station

At around 18:00 Wednesday, immediately before evening peak demand, one of the pylon towers collapsed in such a way that it fell on to the other line thereby rendered both those lines inoperable. The pylon services a coal conveyor belt that supplies the 3558MW Lethabo Power station. The power station would have run out of coal within six hours and would have had to shut down but Eskom managed to secure additional power from the Free State to avoid this.

The power utility has found that supports attached to a small pylon were deliberately cut.

De Ruyter said a preliminary investigations had found evidence that the eight supports, called stays, were cut. “The stays that were cut were galvanised steel rods with 24mm in diameter, so they were quite sturdy,” he said adding that “there is clear evidence that there was some cutting instrument involved”. 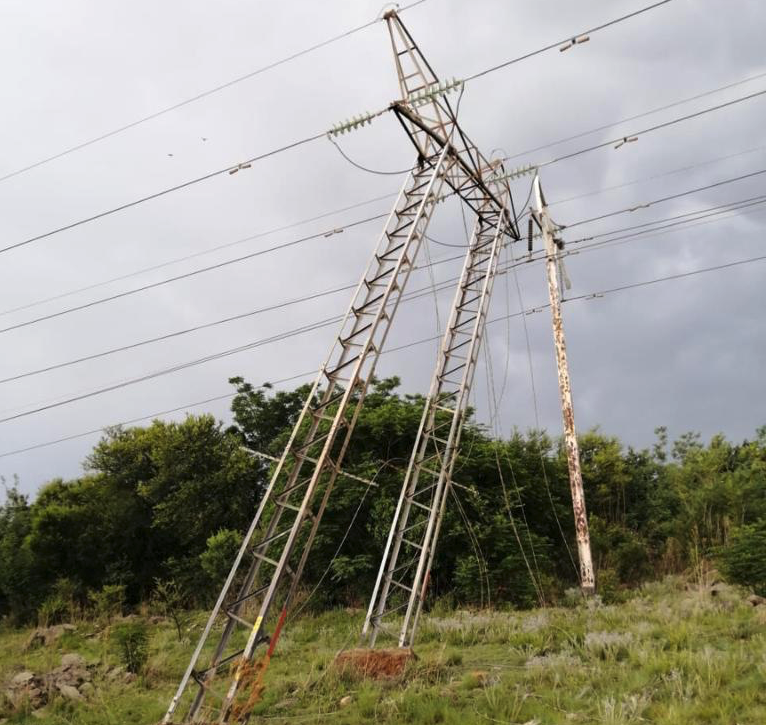 “What further arouses suspicion that this was a deliberate act of sabotage, is that nothing was stolen. This was clearly now, an act of sabotage, and we can call it as such,” concluded De Ruyter.