ENI is the operator for the Coral South gas field in Area Four of the Rovuma Basin off the coast of the northern province of Cabo Delgado. It has taken the lead in training companies as part of Coral South’s local content plan.

The training programme, called “iCreate”, is working in partnership with Standard Bank Business Incubator. According to a press release from ENI, the aim is “to strengthen the capabilities of the SMEs already established in the market, with high potential to grow, in order to make them more competitive and sustainable in the long term”.

The iCreate program took place over a dozen weeks between 30 September and 10 December and included workshops to promote changes in their business and masterclasses covering digital markets, health, safety and environment, contract and procurement, and access to finance.

According to the managing director of ENI Rovuma Basin, Giorgio Vicini, “ENI is fully committed to the development of local content and this program is part of our efforts to improve the capabilities of Mozambican SMEs, to allow them to participate more actively in the economic development of the country”. 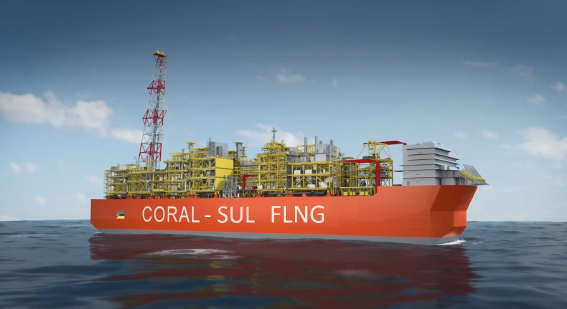 ENI is the operator in Area Four along with the American oil and gas giant ExxonMobil. ENI is leading the Coral South project that involves a Floating Liquefied Natural Gas platform that is currently being towed from South Korea to the Mozambique Channel and will next year begin to produce 3.4 million tonnes of LNG per year. Under an agreement reached in 2016, all of the LNG produced at the floating platform will be sold to British Petroleum (BP).

PreviousSteps Taken in 2021 Towards Decarbonizing the Architecture, Engineering and Construction (AEC) Sector
Next Municipalities in South Africa Apply to High Court for Exclusive Right to Distribute Electricity, Even in Eskom Areas