You are at:Home»Opinion»Don’t Confuse Climate with Weather – Just Because it’s Pouring Down With Rain Doesn’t Mean Climate Change is a Hoax

Wow, so much rain! Climate change is a hoax. This sentiment is preponderant on social media as South Africans celebrate the abundant rains that have bucketed down on parts of the country over the past few months. Cyclone Eloise, which made landfall in Beira, Mozambique, in January also dumped a lot of rain on the country, which must have put even broader smiles on farmers’ faces.

Once again, climate scientists are being branded as doom-mongers, the boy who cried wolf and even pseudo-experts who peddle natural weather events as extraordinary, epoch-defining processes.

And yet, while some people are celebrating the rains, others are watching the skies nervously.

In the central and southern Karoo and the Eastern Cape, the situation is desperate. The Eastern Cape in particular must give us pause. Residents of Port Elizabeth are more preoccupied with water shortages than the name change to Gqeberha. They will deal with that later. For now, all the talk is of the province’s main dam levels dipping below 10%.

More than two million people are struggling with water challenges, with the Kouga Dam now below 10% capacity. One week ago, Minister of Human Settlements, Water Affairs and Sanitation Lindiwe Sisulu donated 20 water trucks to the Amatola Water Board to help it deliver more water to homes – an absolute priority. Makana has been rationing water for more than a year and the Unemployed People’s Movement has vowed to make another Section 18 application to activate 2020’s high court order to put the Makana Municipality under administration and have the council dissolved. The movement argues that a lot of the water challenges in the Eastern Cape are caused by corruption and not changes in weather patterns.

That said, as we celebrate the rains, we should have a broader and clearer view of events around us. We need to keep two things in mind.

First, we have to look at global heating in holistic terms. Our planet is getting hotter and the feedback loop that delivers the consequences of our environmental plunder will not occur in one uninterrupted event – or just through scorching temperatures. Climate change is not limited to temperature. What we have to look out for is an increase in the frequency and intensity of extreme weather events: floods, rains, fires, cyclones, cold snaps, heatwaves, among others.

More than 13 people died and thousands were left homeless in January 2021 when Cyclone Eloise dumped rain on southern Africa. It flooded communities, cut off bridges and left many roads impassable for days. This came just two years after cyclones Kenneth and Idai left more than three million people in need of humanitarian aid in the region.

Torrential rains have also forced thousands to abandon their homes in Europe and Australia, especially in New South Wales. On the Australian east coast, mice, spiders and snakes have been fleeing towards homes to escape floods. There are spiders and snakes everywhere.

In February 2021, the US state of Texas witnessed the largest energy outage in US history. More than five million people lost their power as electricity infrastructure, which state officials had neglected to weatherise, suddenly froze in the unprecedented mountains of ice.

As for heat levels, 2020 was Europe’s hottest year on record. Helped by unusually warm temperatures, forest fires destroyed more than 2.6 million hectares in Siberia’s Krasnoyarsk region in 2019, and a year later, more than 21 million hectares were destroyed in the entire country. We’re talking inside the Arctic Circle. Africa has also been trending hotter, and this has come with locusts, crop failures, drought, unexpected cold snaps (Mpumalanga last winter) and more epidemics.

The second thing we need to talk about when it rains is how to improve our infrastructure so we can harvest more rainwater and use it for longer.

South Africa has more than 500 government dams, but there are many issues with getting water to homes and emerging black farmers who can’t afford to build private dams. A growing number of municipalities are facing challenges with bulk water infrastructure, water pressure, burst pipes, pumps, among other things. This is due to underinvestment in infrastructure by national and provincial governments. The national government recently decided to spend R900-billion on water supply and storage infrastructure within the next decade, but this will take time.

So for now, raw water does not always translate to abundant supply in our taps. It costs a lot of money to purify water, by the way. Just five days ago, Rand Water was calling on residents of Johannesburg and Tshwane to use water sparingly. Two days ago, the City of Ekurhuleni encouraged its citizens to:

So yes, we still need to use water sparingly, and no, climate change is not a hoax. 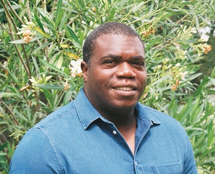