You are at:Home»Headline News»Cross Ventilation, the Chimney Effect and Other Concepts of Natural Ventilation

Nothing is more rational than using the wind, a natural, free, renewable and healthy resource, to improve the thermal comfort of our projects. The awareness of the finiteness of the resources and the demand for the reduction in the energy consumption has removed air-conditioning systems as the protagonist of any project. Architects and engineers are turning to this more passive system to improve thermal comfort. It is evident that there are extreme climates in which there is no escape, or else the use of artificial systems, but in a large part of the terrestrial surface it is possible to provide a pleasant flow of air through the environments by means of passive systems, especially if the actions are considered during the project stage.

This is a highly complex theme, but we have approached some of the concepts exemplifying them with built projects. A series of ventilation systems can help in the projects: natural cross ventilation, natural induced ventilation, chimney effect and evaporative cooling, which combined with the correct use of constructive elements allows improvement in thermal comfort and decrease in energy consumption.

Natural cross ventilation is when openings in a certain environment or construction are arranged on opposite or adjacent walls, allowing air to enter and exit. Indicated for buildings in climatic zones with higher temperatures, the system allows constant changes of the air inside the building, renewing it and still, considerably reducing the internal temperature.

Taking the Lee House by Studio MK27 uses window frames that allow full opening, when embedded inside the walls, the design solution allowed the volume to have large openings in two walls positioned opposite each other, providing abundant ventilation and causing thermal equilibrium by constant air changes. 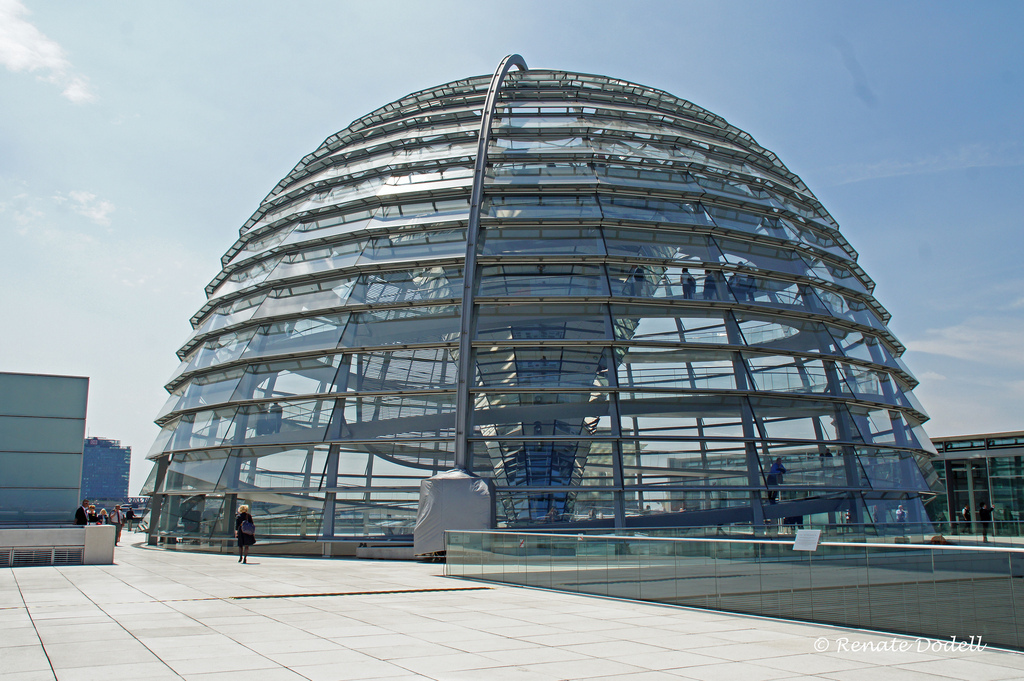 In vertical buildings, vertical ventilation flow through the chimney effect is constantly used. Cold air exerts pressure under the warm air forcing it to go up, as well as in induced ventilation. However, in this case, opened areas by the project center or towers allow the same air to circulate through the environment, leaving through the roof, clerestory, zenithal openings or wind exhausts. The dome of the New German Parliament, Reichstag, designed by Norman Foster is an example of this ventilation system. Through a summit with external glass closure and inverted cone with panels mirrored to the center allows air circulation in the building, which is released by the opening at the top.

In the construction of the new Urban Development Company (EDU) headquarters in Medellin, an outer skin composed of high-quality prefabricated elements allows conduct to an internal solar chimney to refresh the outside cold air. This is done with simple materials that generate thermal mass control and thermodynamic concepts – convex and thermal forces – generating a change in the temperature of the constant fluid air, from the cold to the warm one, creating air currents in the workspaces.

The evaporative cooling system, used in Le Corbusier’s work in Chandigarh and Oscar Niemeyer’s work in Brasilia, uses the availability of large water mirrors or lakes, strategically positioned towards predominant air currents, in front of buildings with openings, after floating above the water the wind follows with a certain percentage of humidity, guaranteeing freshness to arid climates.

In addition to ventilation systems, constructive mechanisms should also be considered.

Brises Soleil or sun breakers are excellent mechanisms to guarantee natural ventilation, which in addition to light and solar control if properly designed and positioned in conjunction with solar and local wind conditions, can guarantee excellent internal thermal quality. They also allow control, if furniture, or even in case of leaked elements (cobogos, perforated plates, mashrabiyas, among others) causes direct ventilation with the possibility of calculation in percentage according to the size of the openings.

The consideration of the types of openings is indispensable. In a practical way, let us think of an environment that, if a window with two sheets of sliding glass is chosen, it is understood that when opening, only 50% of the opening will allow the wind to enter. With the same size of the span, if we opt for a window with one or two open sheets, the ventilation will be integral. Depending on the type of window, seal or door chosen, it will directly influence the direction of the winds (vertical, horizontal or inclined) and percentage of the inward air mass.

Barriers should also be considered. Think of an environment with a double ceiling height, an opening (door) in the lower area and two other openings (windows) positioned on the opposite wall in the middle and highest point, and in the center, a half-height wall. Of course, the central wall will act as a barrier and mandate the direction of the winds. Other constructive elements may help in solving the problem, such as the replacement of masonry with perforated bricks – cobogos.

The different heights of the openings and barriers (walls, sill, panels or furniture) arranged by the space also directly influence the level and speed of ventilation levels. In each project, attention should be paid to their arrangement according to the type and level of ventilation required.