The scientists explained, however, that creative thinking and novel project architectures are needed to develop VBPV solutions with minimal additional land use and minimal need for additional support structures due to increased wind load. “It is important to note that VBPV and MPV installations in the same area, or even in the same building, can be complementary providing long uniform production during the entire day time,” they explained.

The Finnish-Norwegian group emphasized that the difference between VBPV arrays and MPV generators located at Nordic latitudes is given by factors such as the location itself, panel orientation, local light diffusion conditions, and ground reflectance, which may allow the long hours of low-angle morning and evening sun to be harvested when daily electricity consumption and prices are traditionally higher than at noontime when, by contrast, south-oriented monofacial projects provide their maximum yield. 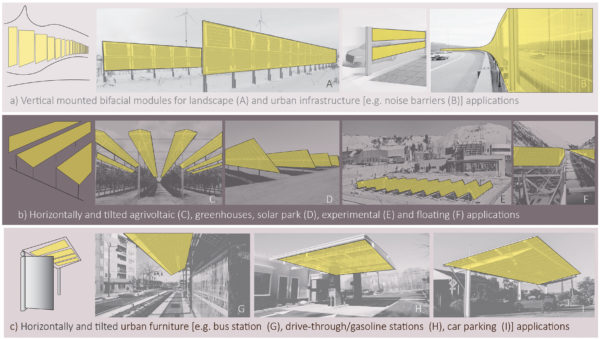 Through their analysis, the academics found that incident irradiation on VBPV and conventional MPV systems enable the former to collect more irradiation at high latitudes and subtropical desert areas, with most of central Europe also being highlighted as an ideal area for VPBV deployment.

“VBPV outperforms conventionally mounted MPV in the Nordic countries even with a low albedo. Moreover, since the electricity consumption profile of a typical household peaks in the evening and is low at noon, VBPV can help to improve the match between production and the load for house-integrated PV systems,” they said referring to the possibility of deploying these kinds of projects on buildings either on rooftops or as solar fences.

The researchers also found that residential and commercial VBPV systems are a grid-friendly solution for low-voltage networks when compared to MPV arrays. “At the distribution grid level, the improved match between production and load decreases the chance of overvoltage occurrence, allowing higher PV penetration in the grid with VBPV,” they said. “At the national level, correlation between production peak and electricity demand can reduce the need for balancing power solutions, such as increasing gas generator production or electricity import.”

Their findings were presented in the paper Benefits of bifacial solar cells combined with low voltage power grids at high latitudes, published in Renewable and Sustainable Energy Reviews. “To remove the barriers for large-scale VBPV implementation, especially the need for accurate irradiation modeling with a low solar altitude angle and identifying the most suitable locations for VBPV installations in built environment are identified as the key factors,” they concluded. “Although VBPV has the potential to be a commercial success at high latitude locations, such as the Nordic countries, it has to overcome several barriers.”