Under the RLSF, IPPs can obtain immediate cash collateral supported by guarantees to a bank that will then open a Stand-by Letter of Credit for the IPP in an amount that is equivalent to six months of the IPP’s revenue.

The RLSF policy can be issued for a tenor of up to 10 years providing project sponsors and their lenders greater comfort.

The RLSF targets small-scale renewable energy projects of 50MW, and in exceptional cases, 100MW because these projects are easier to implement and less costly, which will help the Government fast-track rural electrification and its greener energy objectives.

The increase in Côte d’Ivoire’s share in ATI’s capital is financed by the German Federal Ministry for Economic Cooperation and Development (BMZ) through KfW, the German development bank, the loan agreement amounting to $6.5 million (equivalent in euros) was signed in December 2019.

The capital increase is part of the ‘Reform Partnership’ initiative launched by the German government in close cooperation with the West African country. This partnership was concluded in order to create a favourable environment for private investment, especially in the field of renewable energy and energy efficiency.

ATI is a pan-African institution that improves the investment climate in many African countries by providing investment insurance against political and commercial risks, thereby promoting capital flow to the African continent.

In 2017, KfW, in partnership with ATI, established a Regional Liquidity Support Facility (RLSF), which encourages investments in renewable energy in ATI member countries through insurance that protects Independent Power Producers (IPPs) against the possible risk of late payment by national power companies.

Funds for the set-up of the RLSF were provided in 2017 by the German Federal Ministry for Economic Cooperation and Development (BMZ) amounting to EUR 31.6 million, as well as a technical assistance grant up to EUR 1.3 million.

The government of Côte d’Ivoire has set ambitious targets for limiting the harmful effects of climate change. By 2030, the government plans to reduce greenhouse gas emissions by 28% and increase the share of renewable energy to 42%. The RLSF is, therefore, a tool enabling the government to achieve these objectives 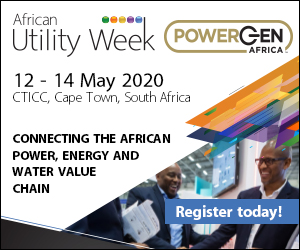 PreviousAgrivoltaics in New Caledonia
Next Siemens Gamesa to build 59MW Wind Farm in the Republic of Djibouti.