You are at:Home»Headline News»Comprehensive Interactive Map of the Southern African Power Pool Released

All the countries of the SAPP have significantly reformed and restructured their electrical markets in the last 26 or so years – and most countries have improved their transmission and distribution systems and introduced Independent Power Producers into the generating mix.

The trading of electricity between those members already connected to the common grid is now commonplace. Plans are in place to connect the remaining three isolated countries of Malawi, Tanzania and Angola.

Mining consultant service provider, AmaranthCX,  received many queries for more information on new generating projects from the users of its mining focused maps. The Southern African Power Pool: January 2022 map is the result. 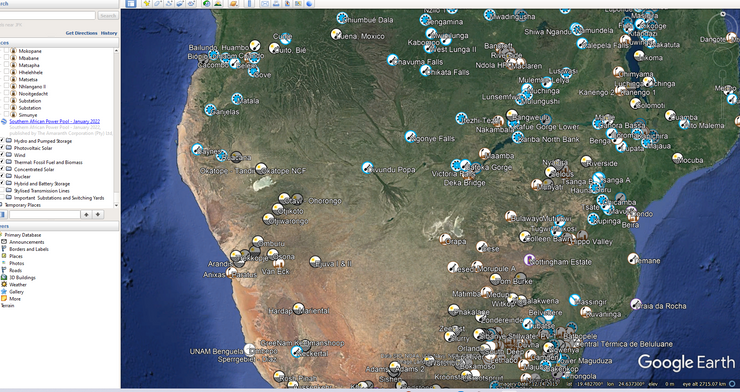 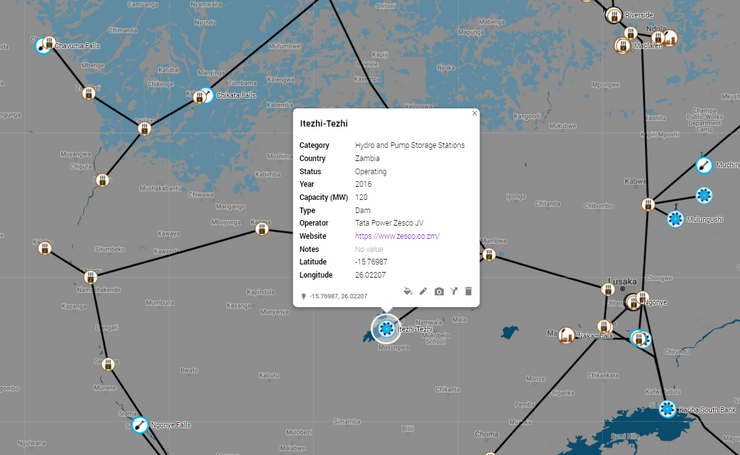 Each power plant icon includes additional information and, where available, a link to the plant operator’s website. Image credit: AmaranthCX

The map is now available for purchase here.