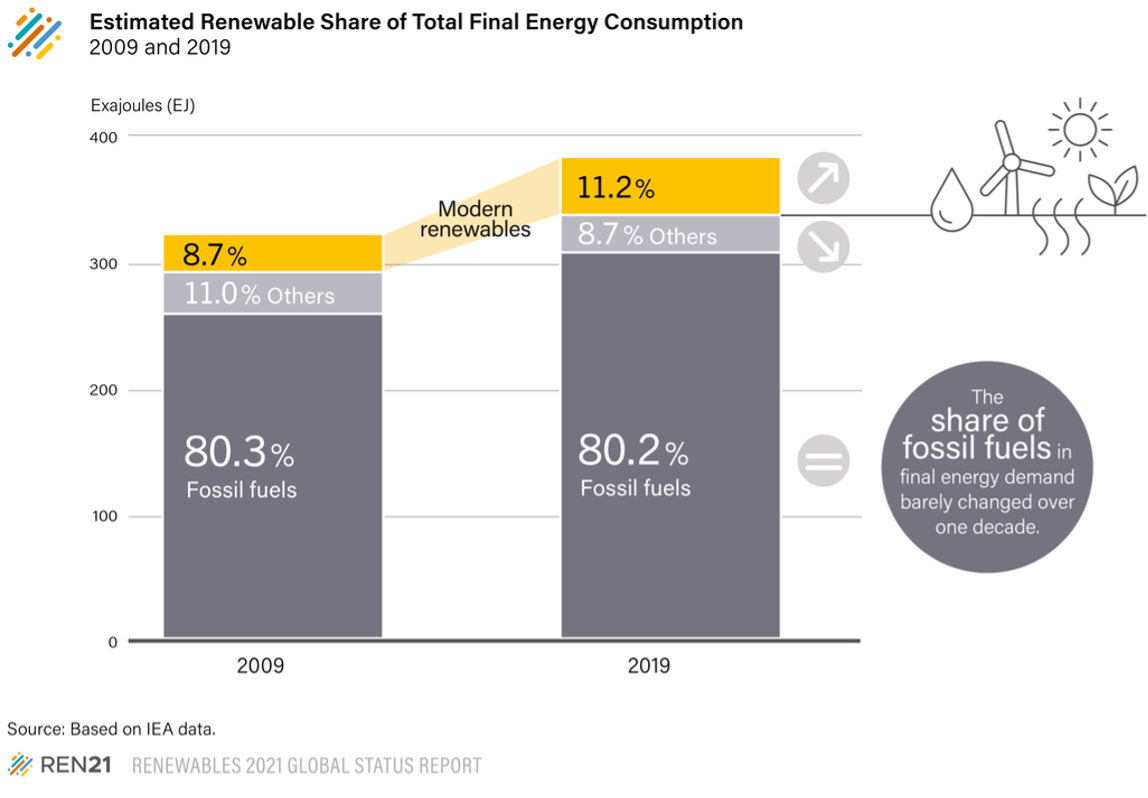 The share of renewables has increased only moderately each year despite tremendous growth in some renewable energy sectors. Renewables grew almost 5% per year between 2009 and 2019, outpacing growth in fossil fuels (1.7%). However, energy demand also grew significantly over the period. As a result, renewables accounted for only one-quarter of the total growth in the world’s use of energy.

Energy efficiency also faced challenges in 2020. The rate of improvement in energy intensity (a common indicator of energy efficiency) has been declining since 2015, and in 2020 the rate was half that of the previous two years.

Renewable energy meets just over 11% of global final energy demand – only a slight increase from around 9% a decade ago.

The persistent share of fossil fuels, as well as increasing energy demand, underscore the complementary and fundamental roles of energy conservation and efficiency alongside renewables to increase the renewable share while meeting global energy needs. However, energy conservation, energy efficiency and renewable energy are not enough by themselves; it also is necessary to leave fossil fuels in the ground and to phase out existing fossil fuel capacity.

These sectors also saw more difficulty in 2020 than in past years. The uptake of modern renewables for heating and cooling progressed slowly, and consumption of renewable heat fell during the pandemic. Similarly, in contrast to previous years when the share of renewables showed some growth, albeit limited, the transport sector’s renewable energy share did not increase in 2020. The uptake of renewables in heating and transport is constrained by these sectors’ high dependence on fossil fuels, which is exacerbated by persistent fossil fuel subsidies, insufficient renewable energy policy support and enforcement, and slow developments in new technologies (such as advanced biofuels).

The status of renewable energy in 2020 shows that a structural shift from fossil fuels to renewables is required.

Most of the world’s largest countries and greatest emitters of greenhouse gases lack clear, economy-wide objectives to shift to renewables in all sectors. Only five members of the G20 – the European Union (EU-27), France, Germany, Italy and the United Kingdom – had set 2020 targets to achieve a specific share of renewables in final energy use, and some were clearly not on track to achieve their own targets by year’s end.

Overall, 165 countries had targets in place to achieve certain levels of renewable energy by 2020. However, most of the targets were only for the power sector. In addition, these target-setters were not always on track leading up to 2021. Overall, some 80 targets for 2020 had already been met, while the majority (134) had not yet been achieved, according to the latest data available. 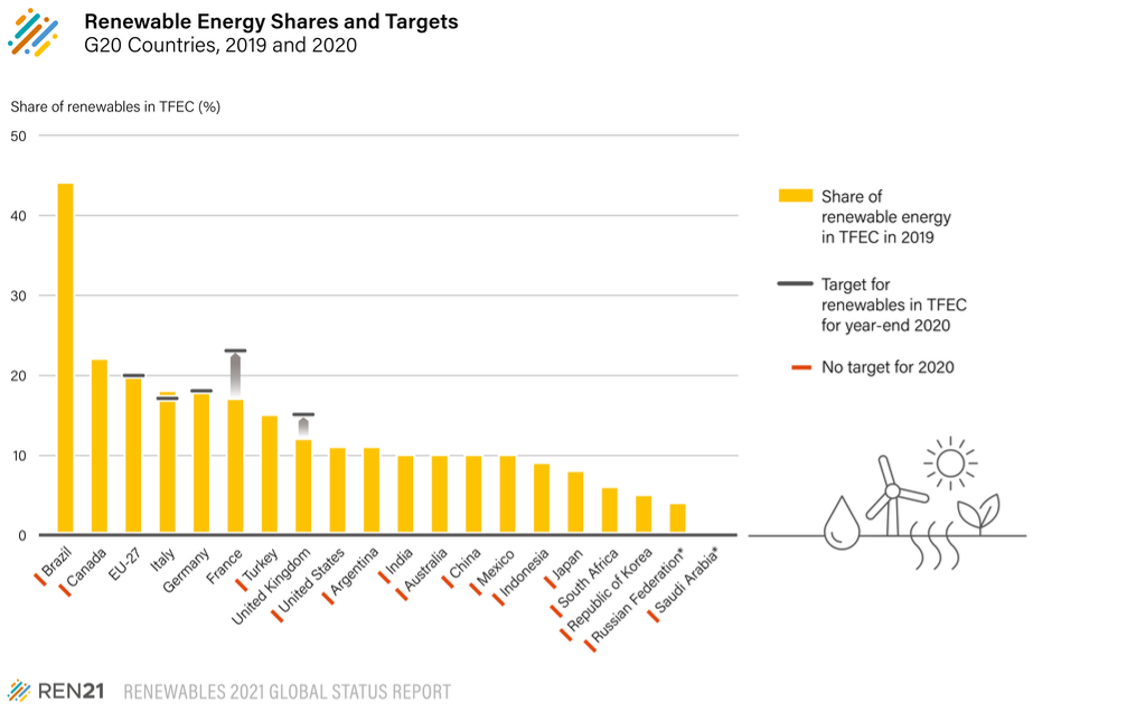