You are at:Home»Headline News»Building Envelope With Windows Generating Electricity and Heat

“The harvested thermal energy is extracted by ventilated air to provide indoor space heating in cold seasons or abate indoor cooling loading in hot seasons,” they explained. “We demonstrated that the SSH window has a visible transmittance of 42%, achieves a solar-electricity conversion efficiency of 0.75%, and a solar-thermal conversion efficiency of 24% with a ventilated air temperature rise of 10 C.” 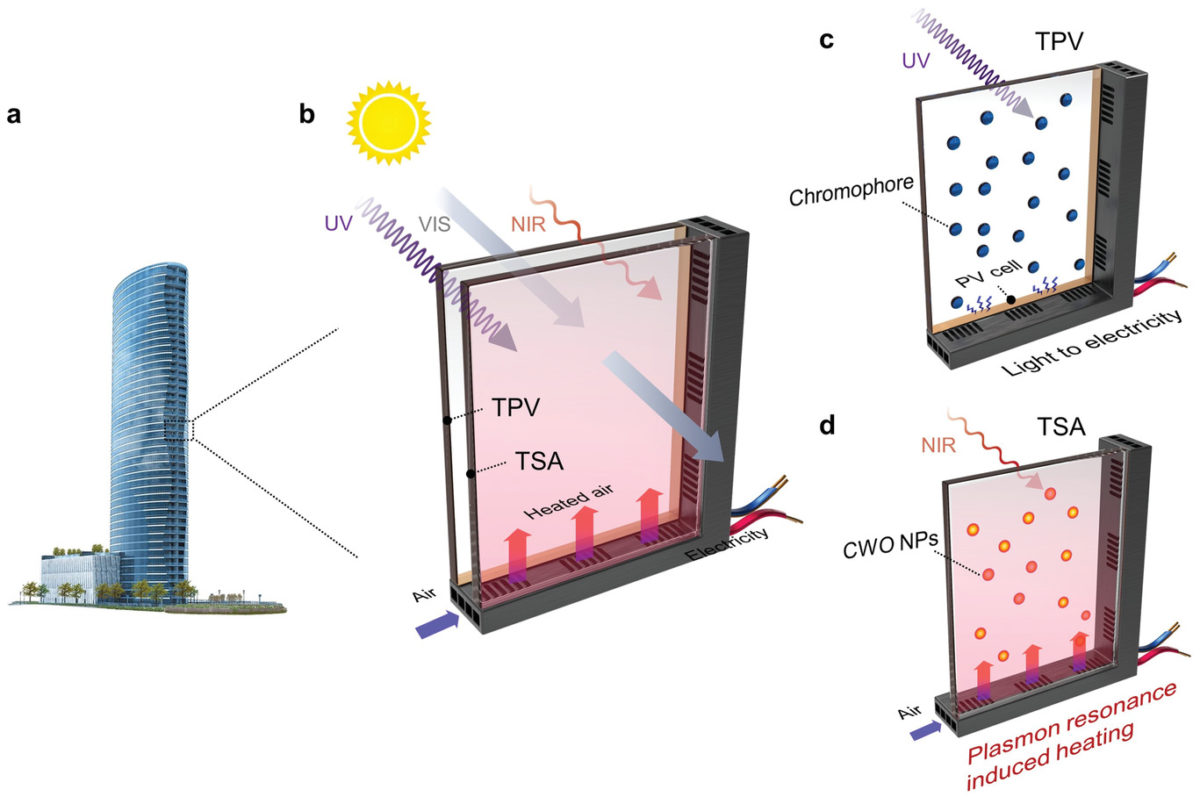 The research group used a luminescent solar concentrator (TPV) based on copper indium sulfide and zinc sulfide (CuInS2/ZnS) quantum dots (QDs) as the exterior window. It is able to collect UV light and convey it to opaque PV devices that are located at the edge of the transparent substrate for electricity generation. The TSAs were instead used to fabricate the interior side of the window where heat is produced and collected.

“The thermal energy is mostly extracted by the ventilated air within the gap for various purposes such as indoor space heating in cold seasons,” the group said.

The academics fabricated a prototype measuring 30 cm x 30 cm x 2.4 cm by assembling the TPV elements with the TSAs on the interior side. They claim the device showed a substantial visible transmittance and that it was able to generate 6 W per square meter of power and the thermal power of around 150 W per square meter.

They presented their findings in “Selective Solar Harvesting Windows for Full-Spectrum Utilization,” which was recently published in Advanced Science.

“The SSH window can save the annual heating, ventilation, and air conditioning (HVAC) energy consumption by up to 61.5% compared with the normal glass, in addition to the generated electricity that accounts for up to 19.1% of the annual energy saving amount,” they said.