You are at:Home»Headline News»Build Your Dreams (BYD) Electric Van Introduced in Zimbabwe

The van was introduced on the Zimbabwean market at the beginning of January 2021. It is equipped with a 50.3 kWh battery and a 100-kW permanent magnet synchronous motor providing 180 Nm of torque. According to BYD, the vehicle can travel 310 km in town and 269 km in combined cycle after 90 minutes of charging. The BYD T3 is also capable of carrying a payload of 720 kg. 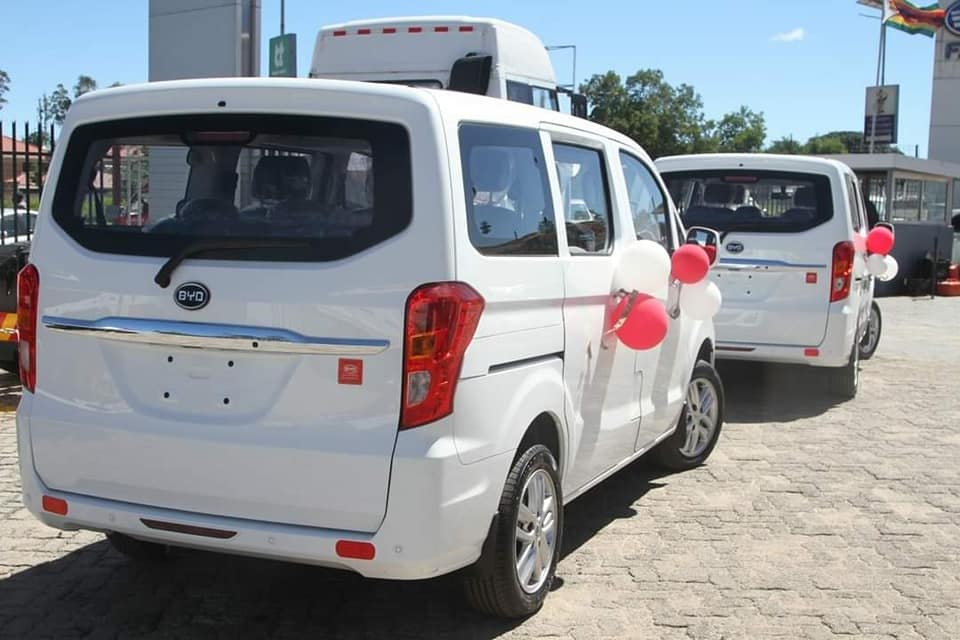 The BYD T3 van can carry seven people in addition to goods. “Compared to a traditional diesel van, the BYD T3 can effectively reduce the cost of city logistics for any business. It also reduces fuel consumption and requires less service and maintenance,” says BYD. For driver safety, BYD has equipped the electric van with an anti-lock braking system (ABS), an electric parking system (EPS), a brake override system (BOS) and an electronic brake force distribution (EBD). A regenerative braking system also improves range and saves electricity. Following this step, the BYD plans to launch the first electric mobility test centre in Zimbabwe. It will be located in Harare. “In the future, we will sell electric buses and several other BYD models available for right-hand drive,” says BYD.