Humanity’s relationship with insects is ancient and complex. While they can spread disease and wipe out crops, they are also vital to our survival on Planet Earth, as pollinators and recyclers. Edward Osborne Wilson, a leading American biologist, stated in one of his articles that “If insects were to vanish, so would nearly all flowering plants and the food webs they support. This loss, in turn, would cause the extinction of reptiles, amphibians, birds and mammals: in effect, nearly all terrestrial animal life. The disappearance of insects would also end rapid decomposition of organic matter and thus shut down nutrient cycling. Humans would be unable to survive.”

Especially in the case of bees, public opinion has changed in recent years and their importance in food production has sparked warnings about the indiscriminate use of poisons and pesticides around the world. But unlike nature, with its meanders and countless possibilities for resting places, our modern cities and buildings generally do not create adequate environments for insects, and even birds or other animals. The English company Green&Blue has been working on this and creating refuges to incorporate nature into our buildings. We spoke with them to better understand these products.

The inspiration came, according to Faye Clifton, Director of Green&Blue, “As we started to recognize the scale of the problem facing our wildlife we wanted to think of bigger solutions and partners. We realized that the construction industry is so huge and the rate of building work so prolific that, by partnering with that industry and ensuring that buildings made space for nature we had a really scalable solution that could make a massive difference.” 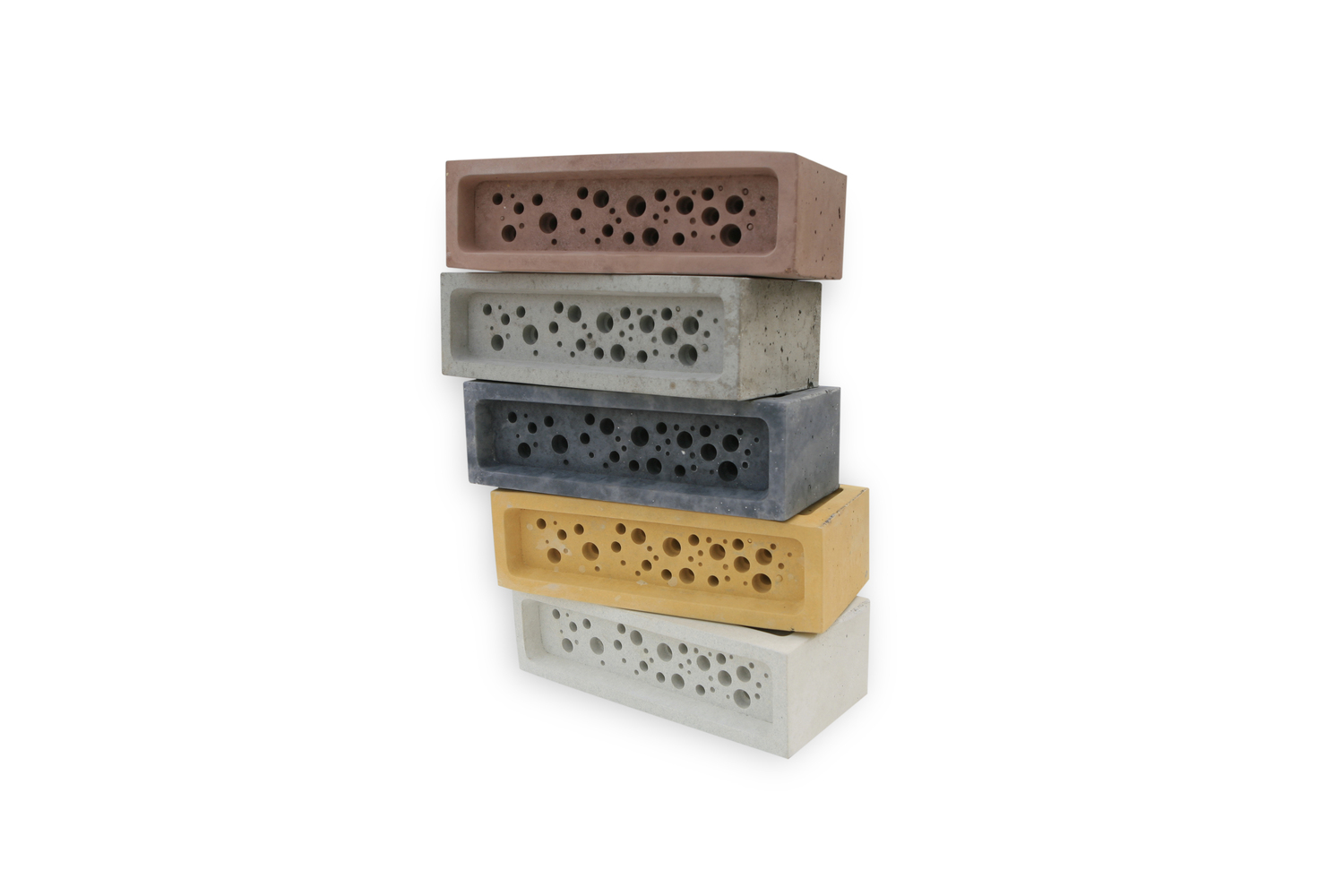 The company has a range of products to incorporate bees, birds and even bats into buildings. One of their most popular products are Bee Bricks – blocks that replace a brick in the wall, providing an elegant nesting place for several species of solitary bees (which do not live in hives) due to their irregular pattern of holes. Bee Bricks need to be facing south (in the Northern Hemisphere) and at least one meter above ground level, while SwiftBlocks (houses for swifts’ nests) need to be in a shady spot in a building, ideally under the eaves and at least 5 meters above ground level. 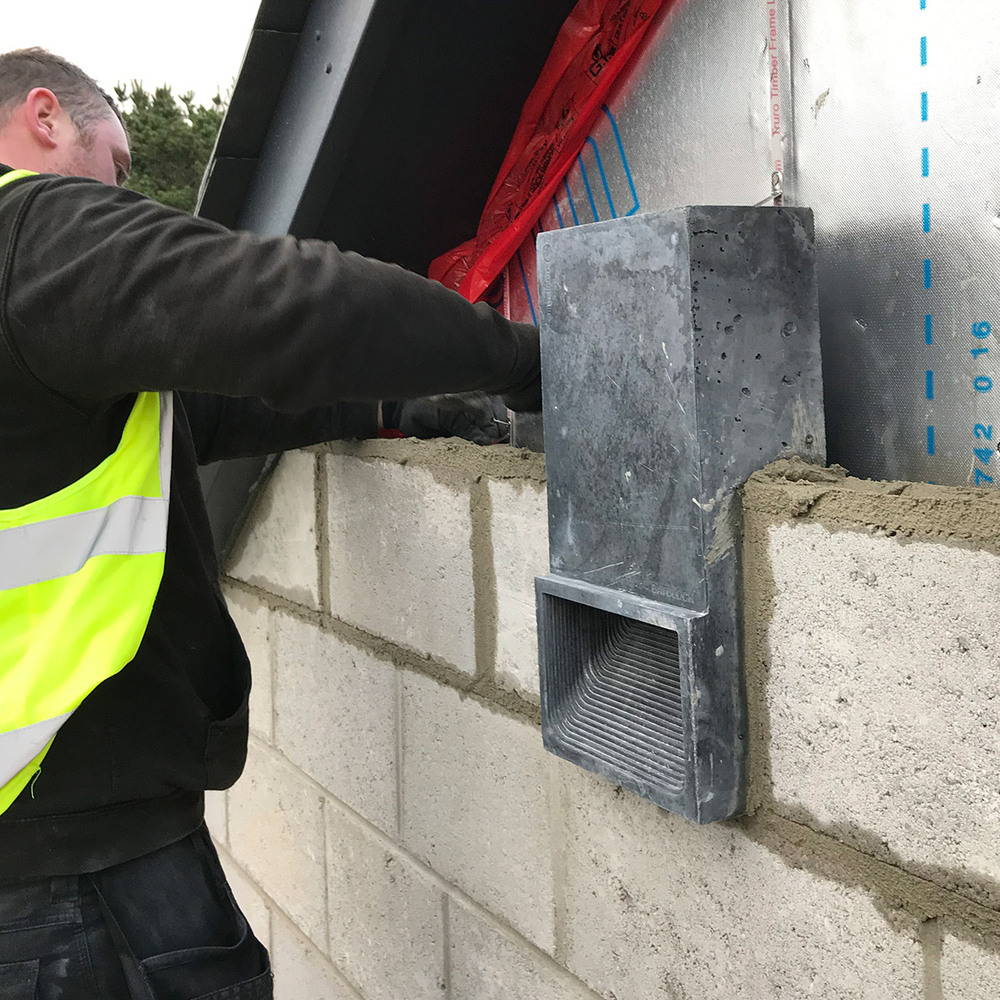 In fact, creating nesting places for bees and birds in our cities is important for the maintenance of the species. In the case of solitary bees, nests are established in spring or summer and contain six to 12 eggs, each in a sealed cell supplied with pollen and nectar. The Bee Brick™ is solid on the back and has molded cavities where bees lay their eggs and seal the entrance with mud or chewed up vegetation. The larva emerge in spring and start the nesting process again, repeating the cycle. For birds, nests are essential because the embryos develop in the eggs and even after the birth of the chicks they need to be hidden and protected for a period of time. 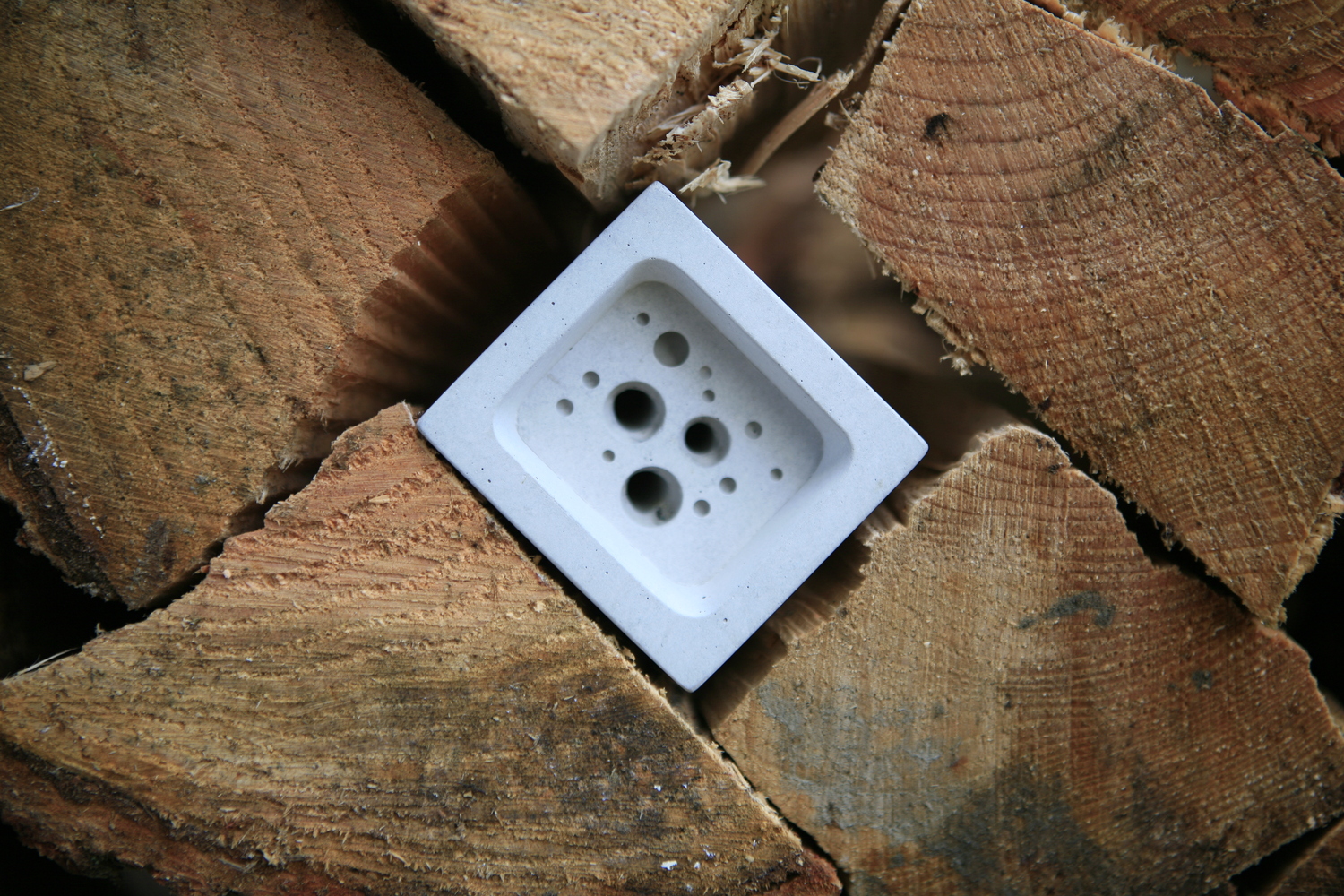 Clifton mentions that not only the growth of cities, but the way they are built influence the living conditions of the fauna: “Solitary bees, for example, have nested in crumbling brick and mortar work for years whilst species like swifts, bats and swallows have made homes in barns and eaves. Modern building materials, methods and styles have all but removed these natural habitats and this is one of the factors leading to species decline, for example swift numbers have plummeted by over 50% in the last 20 years. Our products are created to make homes havens for wildlife, to put back those nooks and crannies into buildings where otherwise there would be zero habitat.” 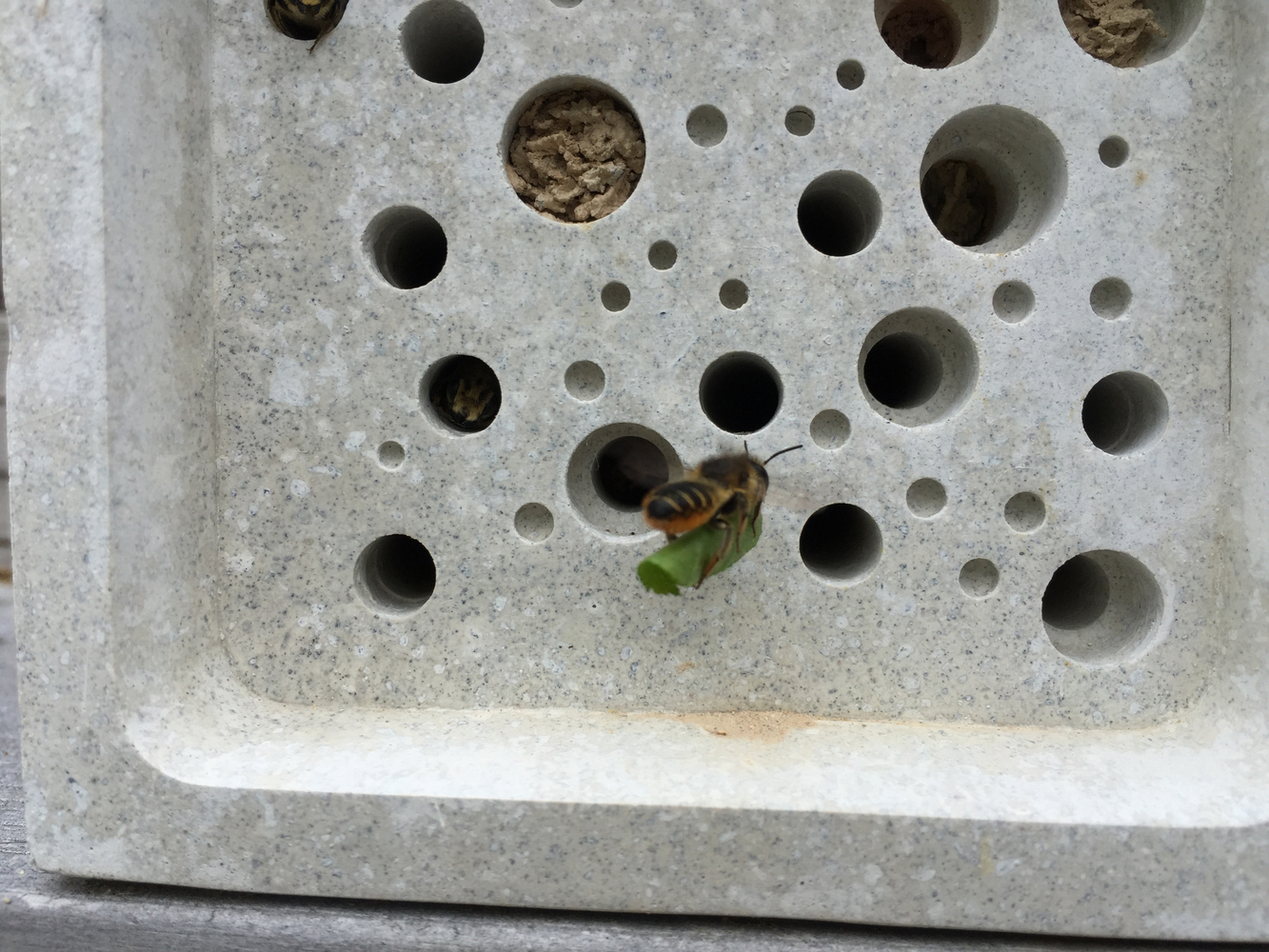 Another concern is in relation to climate change. The increase in the greenhouse effect brings changes that affect and unbalance the most diverse ecosystems. This article discusses how global warming can affect insects, with changes in rainfall, desertification in certain places and floods in other parts of the planet.

“We’d love to see cities dramatically rethought to respond to the climate emergency. We need to think more of nature and how we can co-exist, rather than expecting species to remain ‘over there’. We’d love to see rewilding enter our urban environments, food being grown in a natural way, children being taught about wildlife and the natural world with as much focus and importance as maths and science. Our disconnection from the natural world needs to be reversed and our belief that we are a superior species needs to be rethought.” 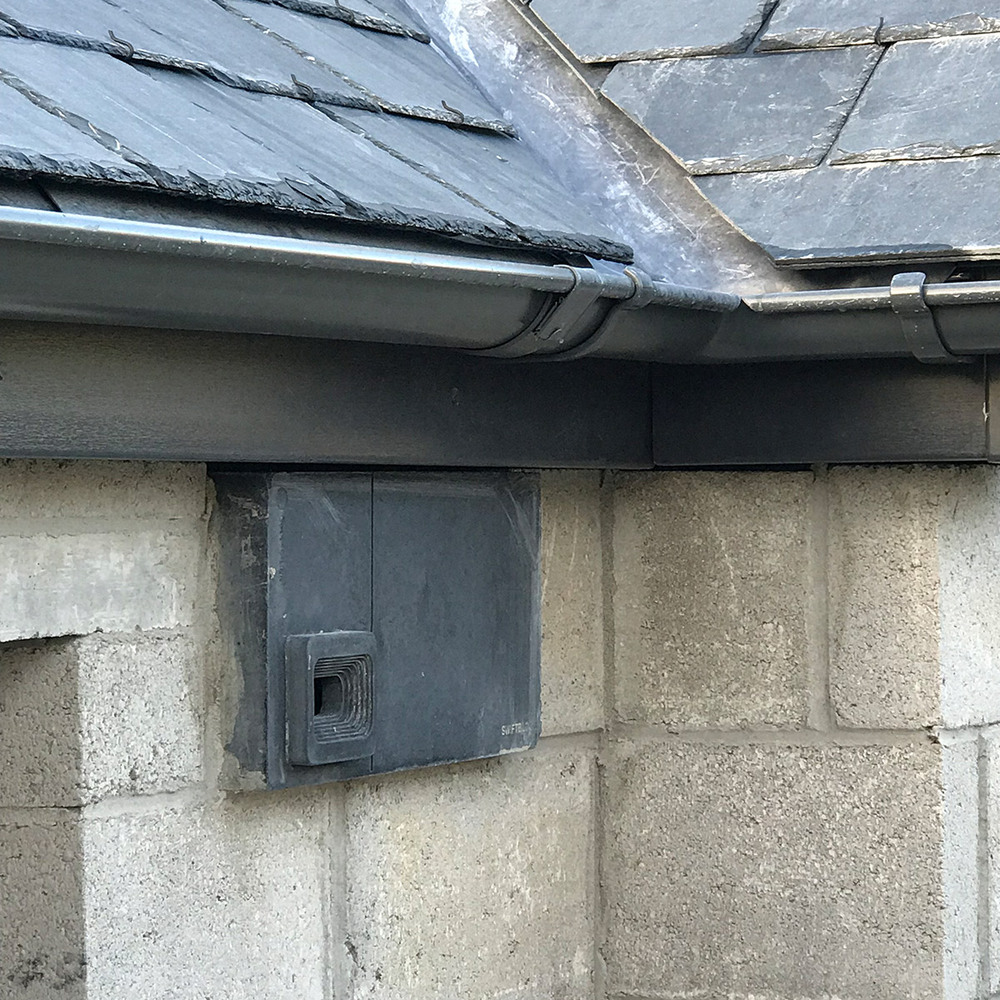 As humans, it is vital that, in addition to trying to interfere as little as possible with natural ecosystems, we can contribute positively in some cases. Understanding that all species fulfill a function and that balance is essential is important for us to live in harmony. Clifton concludes by saying that “We become so disconnected from nature that we forget that we are nature, we expect our interactions with animals and insects to happen in a specific place at a time of our choosing, instead of being absorbed and surrounded.”

PreviousAfrica Gas Forum 2022: Topics Announced
Next Nigerian Mini-Grid Program Appears to Have Been Scaled Back