The construction industry’s leading private and public sector stakeholders gathered at The Big 5 Construct Southern Africa 2022 in Johannesburg to tackle the industry’s most critical challenges and engage in important conversations around building Africa for long-term prosperity and sustainable growth. 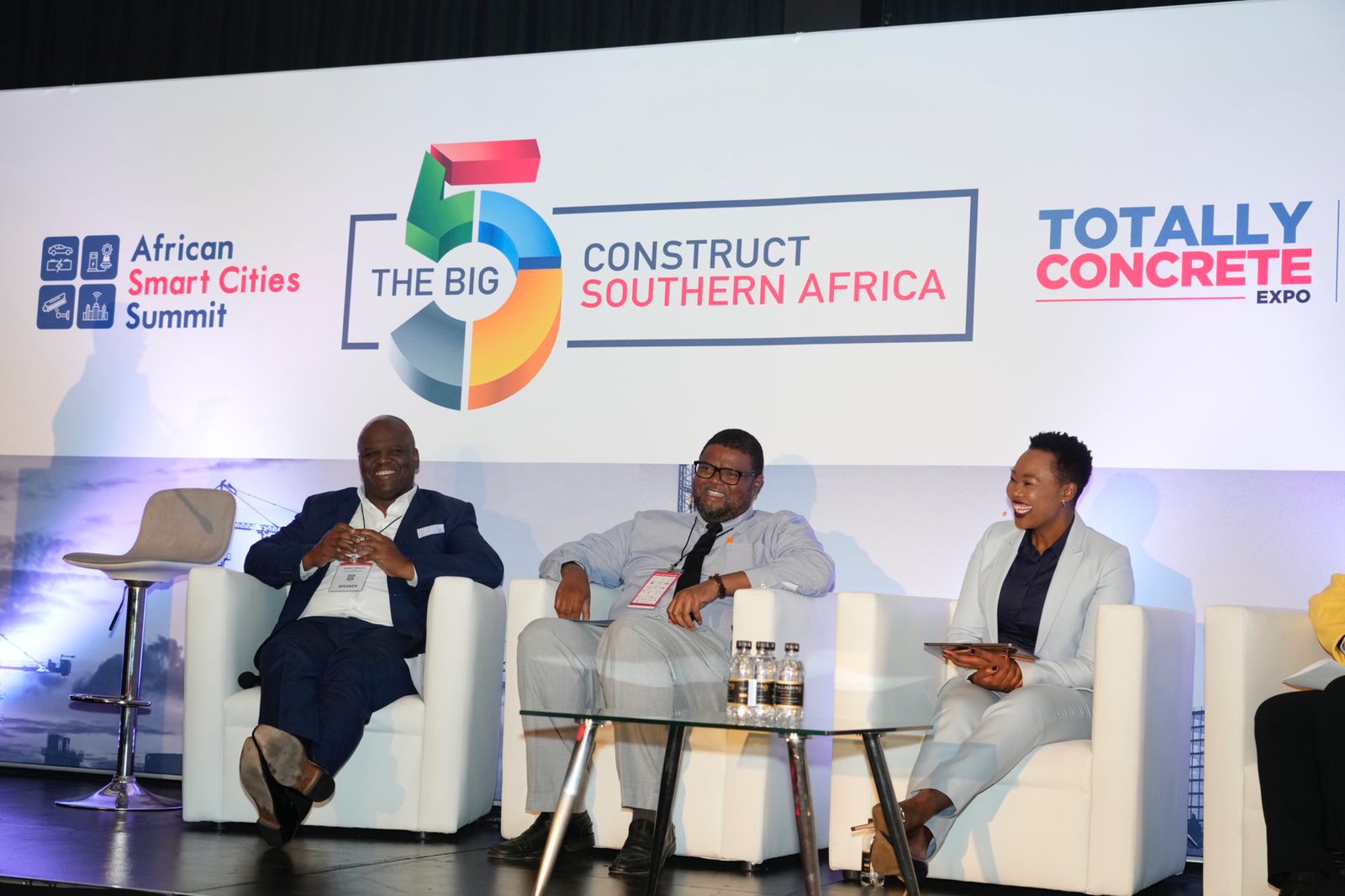 The Stakeholders Engagement Forum, in partnership with NAFBI and sponsored by PPC Cement SA offered a maasive transfer of knowledge on industry challenges and opportunities. Image credit: DMG

Day one kicked off with the Stakeholders Engagement Forum, in partnership with NAFBI and sponsored by PPC Cement SA. The forum provided a platform for open discussion surrounding the industry’s current challenges and the measures needed to expedite job creation and economic stability, and panelists included Minister Stella Ndabeni-Abrahams, as well as other leading industry experts.

Co-located with the African Smart Cities Summit which took place on 8 June, sponsors PPC Cement SA and NEXTEC hosted a VIP Investment Breakfast that shone a spotlight on the need for constructive dialogue around investment for smart cities across the continent. Addressing the audience, CEO of NEXTEC Sean Bennet said that Africa’s exploding urban population represents either a huge opportunity or a huge potential problem for the industry, and highlighted the important role played by technology in attracting global capital and driving economic transformation.

Citing several reasons why smart cities are such an exciting opportunity, Bennet said: “Technology allows us to use our capital more efficiently to solve more issues at a lower cost. For example, AI technology can be used to map road networks and pick up cracks in the road long before they become potholes, while South Africa’s world class connectivity should provide better education for the same budget.” 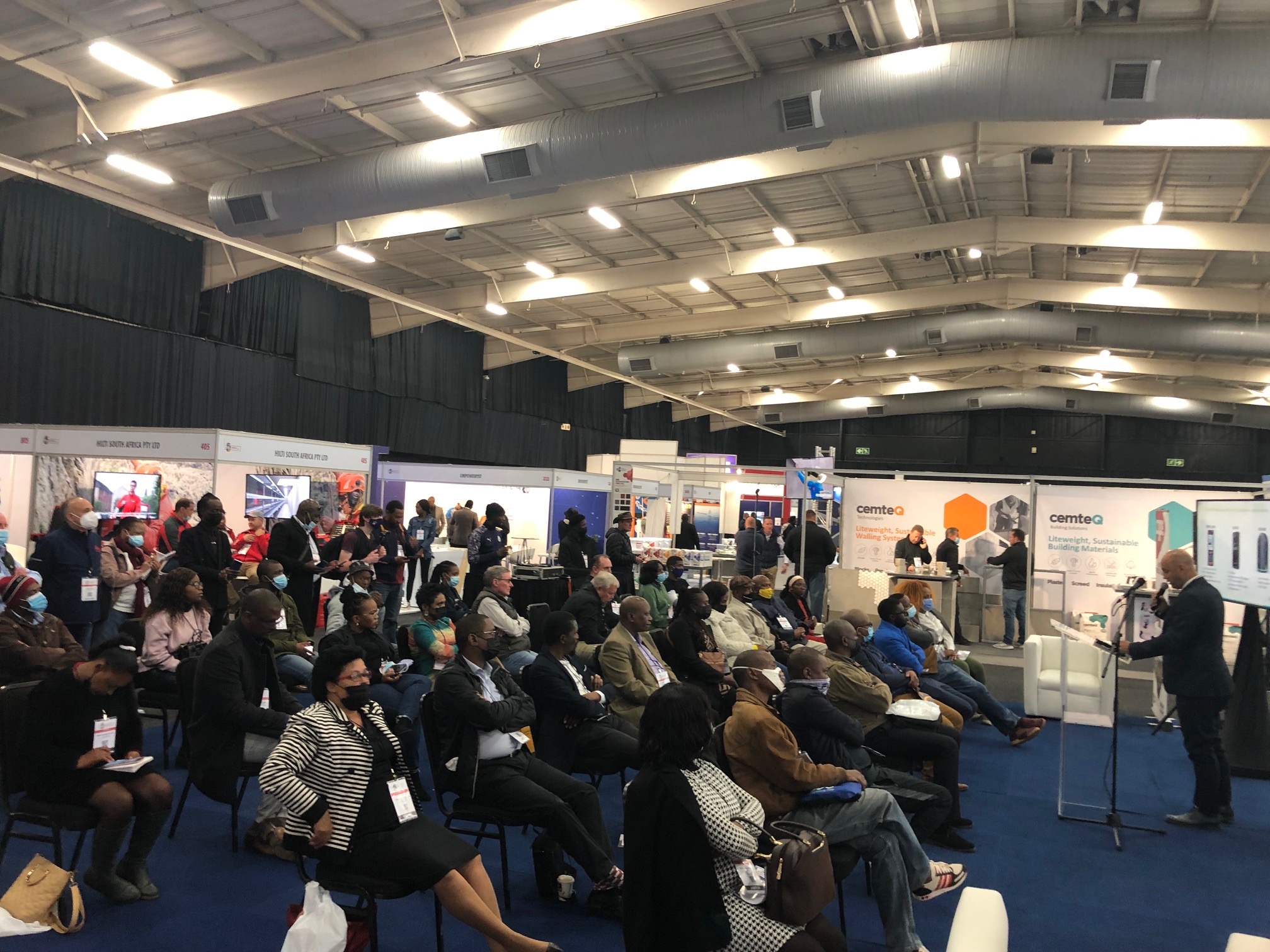 Interesting presentations happened in the exhibition hall which offered visitors valuable insights into new tech and challenges at a micro level within the construction industry. Image credit: DMG

He also explained how tech can be used to solve scarce resource issues, such as ‘non-revenue’ water, which accounts for around 40% of water loss and includes issues like leaks, inaccurate billing or water theft.

“The technology already exists to reduce loss of scarce resources such as water, and in fact, to address most of the problems that affect every one of us in this country.”

The smart conversation continued with the presentation of the Lanseria Smart City Initiative, led by Jak Koseff, Deputy Director General at the Gauteng Department of Economic Development alongside Dr Ramokgopa, which explored the progress of the initiative to date, its investment plan and the financing gap.

The aim of Lanseria smart city development is to create the first post-apartheid city in South Africa based on ‘best practice’ in urban sustainability and the principles underpinning the smart city.  The city, which will be built surrounding the Lanseria International Airport, north of Johannesburg, is a project which is expected take around 25 years to complete.

When asked by a member of the audience whether we should be focusing attention on building smart cities or managing our existing metro areas, many of which are on the brink of collapse due to mismanagement, Dr Ramokpoga responded that it is not an either-or decision, and that the lessons learned from the mistakes made in managing our current cities, need to be unlearned when building smart cities.

“Smart sustainable cities must seek to exploit advancement in technologies to resolve existing social problems, in the course of doing that, they are able to mitigate against the unintended consequences of unmanaged and rampant urbanisation as a result of pushing factors in rural areas,” he said.

He said that the construction industry has been one of the slowest industries to adopt digital technologies and shared several benefits of cloud technologies for construction businesses, such as a common data environment, better connectivity for all project stakeholders, as well as access to big data to better manage risks and opportunities of projects and improve operational efficiency. 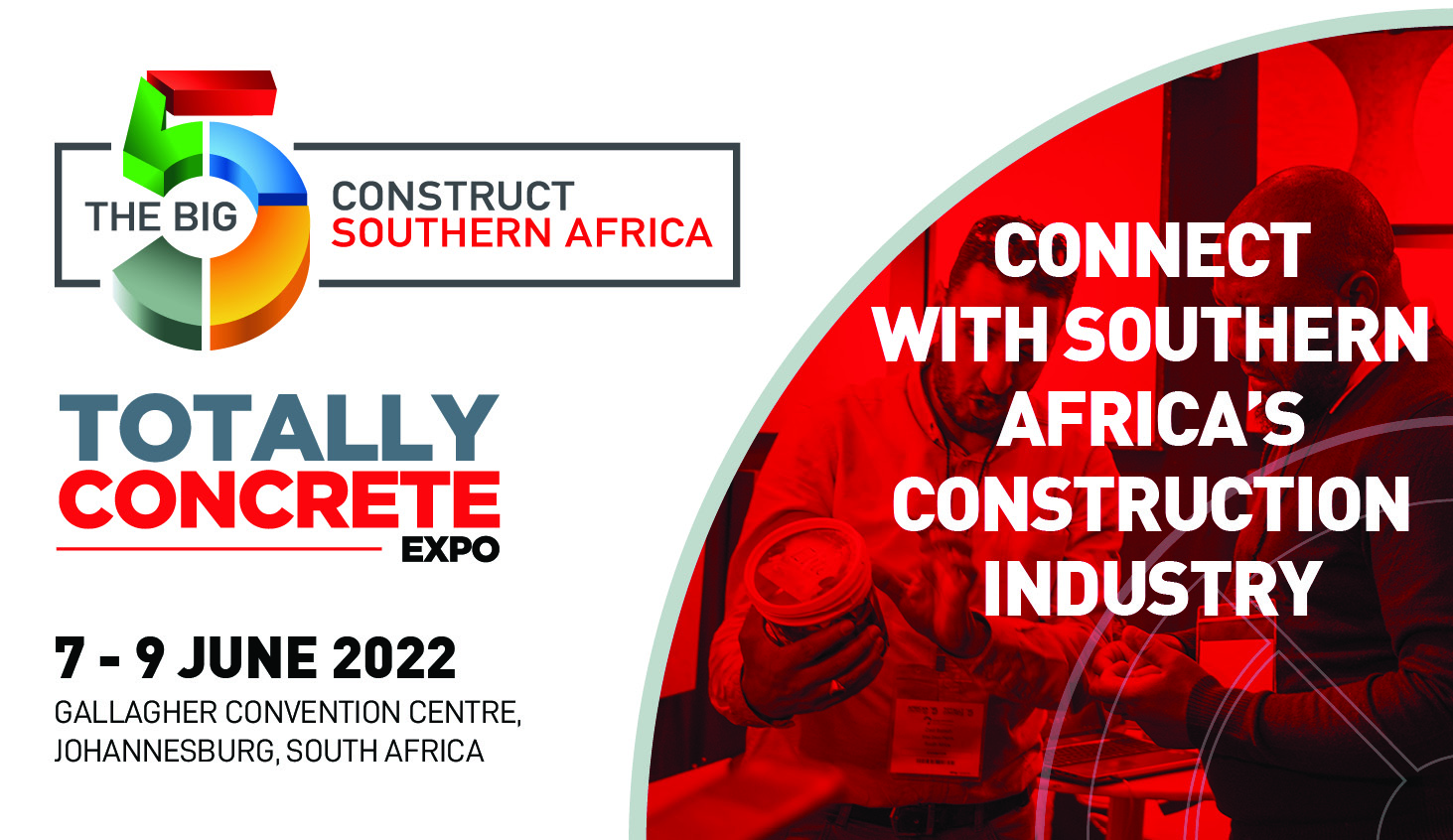 PreviousWärtsilä Signs 5-year Performance-Based Agreement with African Gold Mine
Next Electric Vehicles in South Africa: How to Avoid Making Them the Privilege of the Few