You are at:Home»Headline News»Avoiding the Gas Curse in Senegal’s Energy Sector Renaissance

With the government’s bet in recent years in new power generation facilities, power outages have greatly diminished, system reliability has improved and with it the opportunities for economic growth.

To be sure, many still live without access to electricity. On average, four in every 10 Senegalese are not connected to the national grid. The situation is worse outside the main urban centres, where 60% of the population remains unconnected, but the chance to improve this situation has never been closer.

At a production capacity of a just less than 1 gigawatt for a growing population of 15 million strong, investment in further generation capacity is paramount if Senegal is ever to develop its internal market and give its citizens a shot at a better standard of living. However, sustainability must guide decision-making as much as it must drive strategic need.

The imported heavy-fuels and coal used to generate most of the country’s power comes at a heavy cost for the state’s coffers. In 2016, refined and crude oil imports cost the Senegalese state over $1.5 billion.

The alternatives are obvious

Senegal is blessed with many hours of high solar exposure and wind flows. The opportunities are also there to be seized. French power company ENGIE and investment company Meridiam won a tender in April for a 60MW solar park. This will build on the country’s previously established renewable generation projects, which now amount to 80MW. Read more

As the price of solar and wind technologies decreases, these technologies have become more and more appealing in recent years, which also has a positive impact on the cost per MW for the consumer. Engie’s park will cost around 40% less than the previous endeavours in solar in Senegal. Another 158MW of wind power capacity is planned for development by the Lekela Power company in Taiba N’Diaye. Read more

These developments build on a combination of factors. Senegal’s reputation for stability and positive business environment have made the West African nation particularly luring for foreign investors in recent years. Investment has come not just from the country’s traditional partners in the West, particularly France, but from the East, with Turkey, China, the UAE, South Korea and India making sizeable investments in the country.

To the growing interest of private investors adds the support from international institutions like the United States-led Power Africa programme, Overseas Private Investment Corporation (OPIC), or the International Finance Corporation (IFC), a part of the World Bank Group.

These organisations have helped finance many power generation-related projects throughout the continent. In partnership with the Senegalese government, particularly through the Scaling-Solar scheme supported by the IFC, these projects, including the new 60MW solar park project won by ENGIE and its Meridiam, are progressively seeing the light of day and bringing relief to the country’s struggling power grid.

Since 2016, when the first solar power project was launched in Senegal, the country has seen an extremely fast development in renewable energy projects. If all goes according to plan, almost half a gigawatt of installed capacity will be available in 2020. That would be one of the fastest increases in renewable to fossil fuel generation ratio in the world.

Further, these projects bring not only power stability but also answer concerns of climate change mitigation. Under the Paris Agreements, Senegal committed to reducing its CO2 emissions by 21% by 2020, a goal that only through a sustainable energy policy can be achieved.

These combinations of variables give Senegal its best opportunity yet to push for the modernisation of its power generation industry, which in turn should potentiate the development of industries, creation of wealth, jobs and economic growth.

At the same time, moving away from expensive heavy oil-based power generation needs to be a priority.

The gas bliss: a new development

Kosmos Energy’s discoveries of large quantities of natural gas reserves in the offshore regions of Senegal has come as a game-changer for the country. Over the last couple of years, successive finds have risen the estimated in-place reserves of the country to up to 50 trillion cubic feet of natural gas, propelling it to the top five of Africa’s biggest natural gas holders.

Exploration license holders, Kosmos and BP, have already suggested a fast-track development using a floating LNG facility that could see first gas being commercialised as early as 2021 from Greater Tortue/Ahmeyin fields.

Additional discoveries in 2017 have made the companies consider two rather than one train of LNG processing capacity. This means that very soon Senegal can have access to an inexpensive source of energy it can use to power its homes and industries, not to mention a new and strong stream of income.

The political will also seem to be present for that to take place. February’s announcement of the agreement reached between Senegal and Mauritania for the exploitation of their shared natural gas reserves in the Greater Tortue Complex, which holds up to 25tcf of natural gas, is a symbol of the times. Quick decision-making among political leaders focused on economic development.

If the country plays its cards well, we could be witnessing a positive shift in the country’s economic structure. President Macky Sall, himself an educated oilman, is well aware of what to expect once the natural gas starts to flow. Already, plans are being made to convert heavy-fuel turbines to operate with natural gas. Just in April, the technology group Wärtsilä won a tender for the deployment of a 130MW Flexi-cycle plant that can operate in a combination of different fuels so it can immediately shift to natural gas once the resource is made available. The country’s older power plants will soon follow.

By using natural gas as a power source, the national grid will be able to offset the intermittency of renewable power supply while saving millions in fuel costs and reduce CO2 emissions.

Lessons learned and the risks

That is not to say that Senegal is not also at risk of making the same mistakes as many of its neighbours. In 2015, when oil was first discovered by Cairn Energy in Senegal there were more than a few voices that expressed concern for what an oil boom could do to the country’s fragile economy.

Nigeria and others’ battles with the oil curse is nothing to be envious of. Many of these concerns are well-founded. A major income stream suddenly being concentrated in a specific sector of the economy can reduce competitiveness in other sectors and produce inflationary pressures.

Further, expectations need to be managed carefully. The oil and gas sector is not a major employer. Most people will not find a job in it. Particularly with floating LNG solutions, there will be little place for integrating the local workforce, especially with a relatively low technical skillset.

However, if Senegal can learn from the mistakes of others, its natural resources can truly help the country develop economically.

There are quite a few examples to look at. Ghana has quickly established one of the most comprehensive legal frameworks for oil and gas income management on the continent, even the world, has ever seen.

Equatorial Guinea has managed to use its resources to invest in infrastructural develop and boost associated industries to create a thriving logistics hub in the Gulf of Guinea.

European cooperation partners can also provide assistance in developing the necessary institutions to manage this income. Already, Senegalese lawmakers have partnered with the Netherlands and visited the country’s operations in the North Sea to learn from their experience.

There will be challenges to governance and some issues will need to be addressed within the specificities of the Senegalese reality. However, if the government can stick to its plan of partnering with international allies to invest in a power generation sector it can create the foundation ground for the growth of a strong economy.

Balancing natural gas and renewables for power generation, maintaining a strict vigilance over the management of oil and gas income, establishing independent regulatory bodies and heritage funds to manage the revenue, can be the building blocks of a new era of economic growth in Senegal.

Gas Power Will Be a Hot Topic at  Future Energy Nigeria which takes place on 12 – 13 November 2019 at the Eko Hotel & Suites, Lagos, Nigeria. The conference and exhibition offers visitors the opportunity to connect with over 2,000 industry professionals, source new suppliers, gain exclusive industry insights and more!

Do not miss it. Book your spot early. You can attend the expo for free! 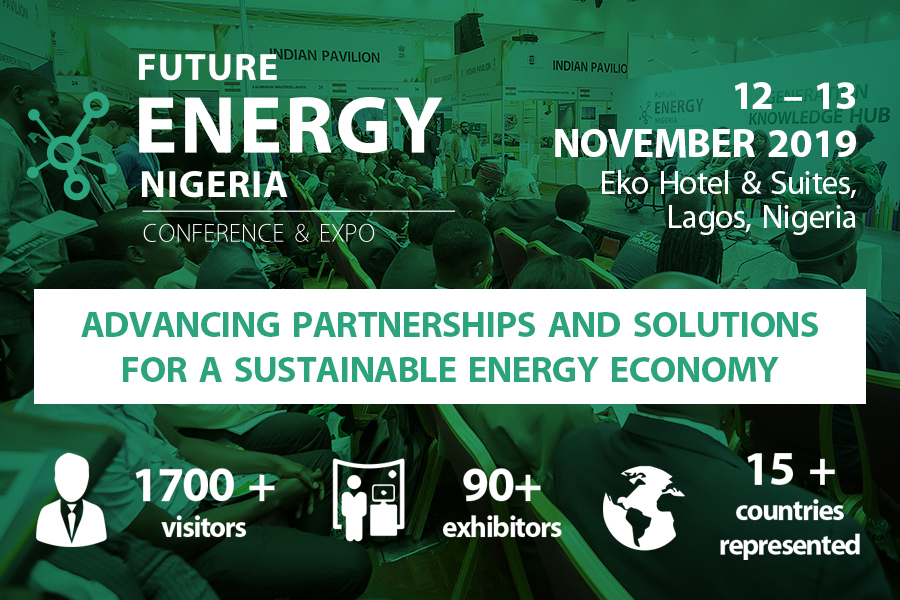 Nigeria’s premier energy event , Future Energy Nigeria is going to be bigger and better this year!