The project was developed by Korean oil provider SK Energy with the support of the SMG’s Seoul Human Resource Development Center (SHRDC). “The SMG aims to install EV and FCV charging stations at more easily accessible gas stations throughout the city for better eco-friendly charging infrastructure, and [to]convert them into hubs that supply both fossil fuel and renewable energy by installing more PV panels and fuel cell stacks,” the institute said in a statement.

The demonstrator is the first of a series of refueling/recharging stations that SK Energy and SMG want to deploy across Seoul. The city government has also invited other gas providers to participate in the initiative. 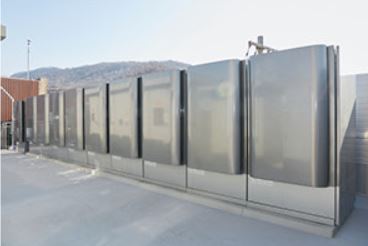 “The SMG and SK Energy consistently submitted proposals to the Ministry of Trade, Industry and Energy (MOTIE) for better regulations on installing fuel cell stacks in gas stations,” SHRDC further explained that, as a result “permission was approved for a special case of regulatory sandbox demonstration last May, allowing for the installation of PV panels, fuel cell stacks and EV charging stations this January for the next two years.”

According to the SMG, a new regulatory reform for the efficient use of fuel cells is needed, which would mean an amendment to the Electric Utility Act.