“We’ve always thought we should build up scale” and create a significant energy company, said AREP CEO Brian Dames. That’s meant involvement in projects realized through South African government auctions to buy power as well as generation for commercial use. The company also plans to have capability as an operator. 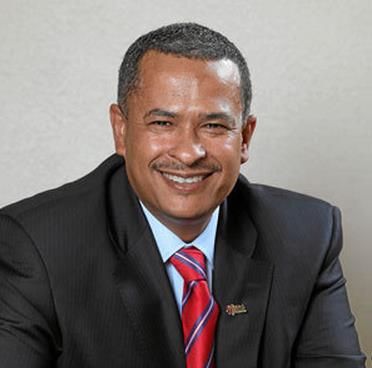 AREP has 740MW of renewable energy under investment which is made up of mostly solar power. Last year it announced a partnership deal with Absa whereby the bank made initial investment of R500 million in cash and transferred R5 billion of its existing renewable energy assets to African Rainbow Energy. This resulted in  African Rainbow Energy having approximately R6.5 billion of gross assets, covering 31 renewable assets, making it one of the largest and most diverse independently owned  energy businesses in South Africa.

In February last year AREP announced that it had bought a 40% stake in solar IPP/ECP, SOLA Group. “The transaction with SOLA allows us to benefit from the utilisation of modern technology to provide affordable electricity, as well as benefit from their expertise in solar photovoltaics (PV). This also supports our strategic focus on delivering clean energy for the commercial and industrial sectors,” said Brian Dames at the time. Read more

In March this year US mining company Tronox, signed a long-term power purchase agreement (PPA) with SOLA Group, to provide 200 MW of solar power to Tronox’s mines and smelters in South Africa.

The SOLA Group was one of the first IPP’s to be granted generation registration consent since the government increased the capacity threshold for own use embedded generation from 1MW to 100MWwithout the requirement of a generation license. The won licenses for the 10 MW Amazon wheeling project plus 2 x 100MW projects for Tronox.

The South African government earlier this month granted a registration acceptance of a further 16 projects under the new threshold of 100MW. Read more

Lifting the cap on the license exemption has dramatically changed the landscape for private generation, Dames said. Grid access remains one of the biggest challenges for South Africa to add more renewable energy. After reaching a target of 5 000 MW of capacity, AREP would start a strategy on how to expand the business around energy trading, the power grid, storage solutions and other opportunities on the continent, Dames added.