Transmission capacity will increase by 2,250 MW and eliminate the need for polluting, diesel-powered generators in southern provinces. The project, once operational in 2023, will avert the consumption of 46.8 billion litres of diesel per year in the south, cutting 80 Megatonnes of CO2 emissions. The government of Angola will save more than USD130 million per year in diesel subsidies. 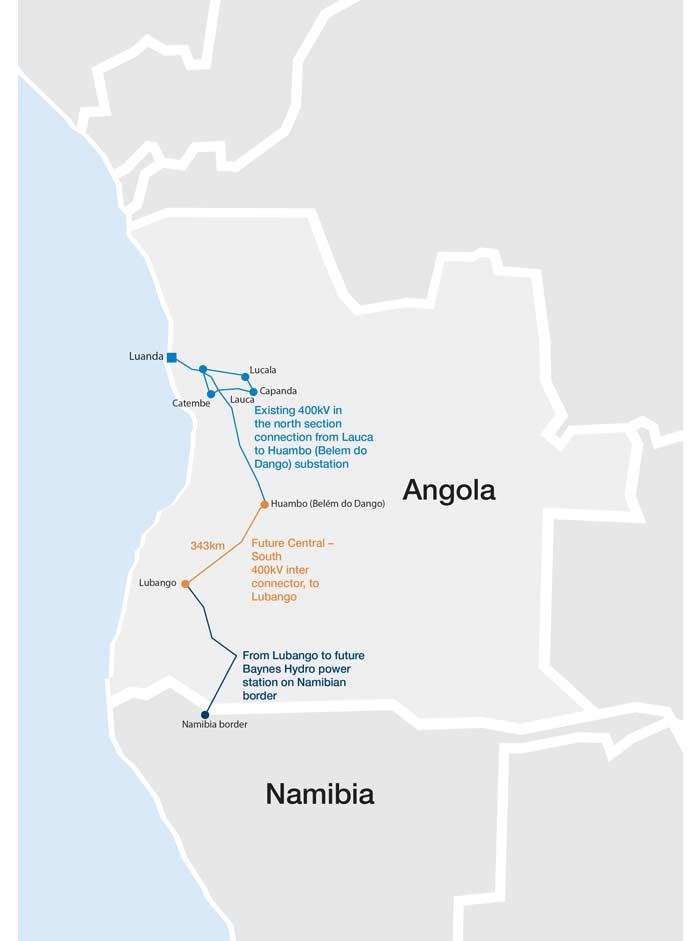 The funding covers the first phase of the Energy Sector Efficiency and Expansion Program (ESEEP) in Angola, which will assist the government to connect the country’s transmission grids and tackle limited operational capacity within the Angolan power distribution utility ENDE. Around 80% of residential customers in Angola are not metered, resulting in financial losses and reliance on government subsidies. As part of the ESEEP, 860,000 pre-paid meters will be installed and 400,000 new customers will be connected to the grid and effectively metered.

At the regional level, the ESEEP will be the first step to enabling a connection to the Southern Africa Power Pool (SAPP). The new transmission line will become the backbone for the distribution of power to the southern provinces of Angola and Namibia and will enable further power trading between countries in the region.